Central Europe and Alpine region are in for another deep trough and significant cold blast passage this weekend as a sharp cold front is expected to cross the region tonight, bringing a lot of fresh by tomorrow afternoon snow especially for parts of Slovenia and Croatia. The deep trough is a result of blocked N Atlantic and so meridional flow has established across Europe, meaning colder weather and deep troughs from the Arctic region towards the Mediterranean and Balkan peninsula. This same trough which is digging towards south today, has resulted in a powerful windstorm over Scotland and Faroe Islands yesterday and dumped a lot of snow and rain over the WSW Scandinavia.

The expected amounts of snow across the Alps and along the Dynamic mountain range in NW Balkan peninsula through this weekend are quite impressive. There will be 50-80 cm of fresh snow possible at higher elevations by Tuesday, as not one but two deep cyclones and associated frontal systems cross the N Mediterranean region and the Alps. The most significant and excessive snowfall can be expected over the west-central Austria, N-NW Italy as well as NW Slovenia, NW Croatia and W Bosnia and Herzegovina. 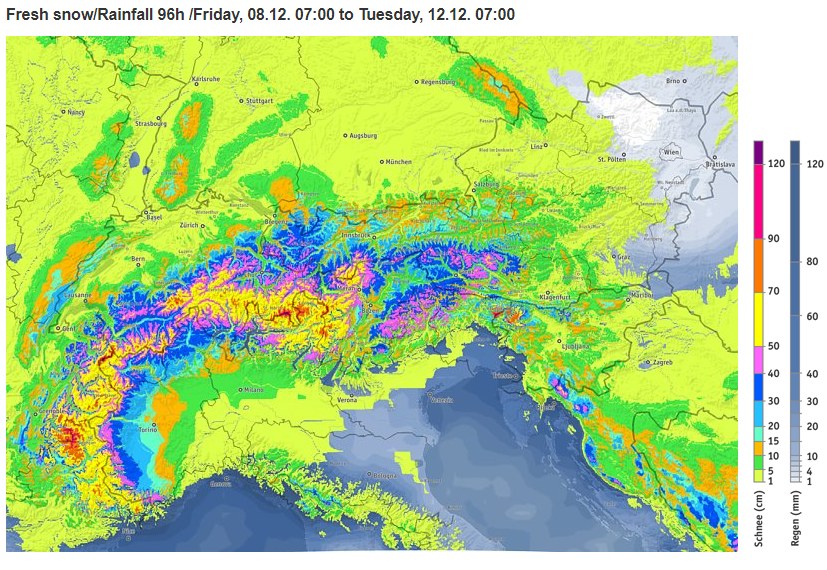 Below is the forecast 850 mb temperature and precipitation for NW Balkan peninsula (Slovenia) for the next 14 days – there is obviously very dynamic weather expected, including a significant snow event overnight today, a very cold weekend and then an abrupt and very significant warming on Monday, followed by lots of precipitation until the next weekend. As the warm period comes after the fresh snow and warmth will be significant, melting snow combined with excessive precipitation could result in dangerous floods in some parts of NE Italy, S Austria, Slovenia and Croatia by mid next week. 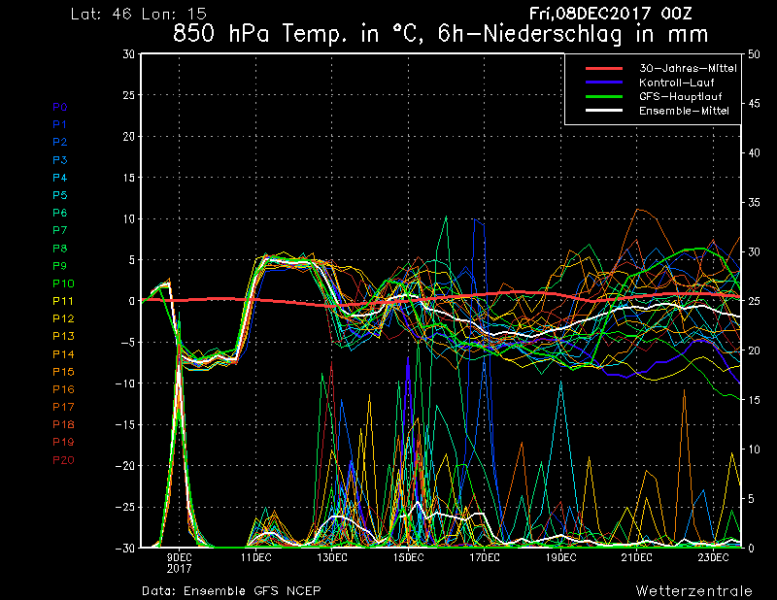 Ensemble forecast for the next 14 days across Slovenia. Map by www.wetterzentrale.de

Stay tuned for further updates on the pattern evolution!