New round of snow for southern UK tonight and early tomorrow, some more snow for Scotland and a sprinkling for Ireland. Let us take a look at the latest model guidance. 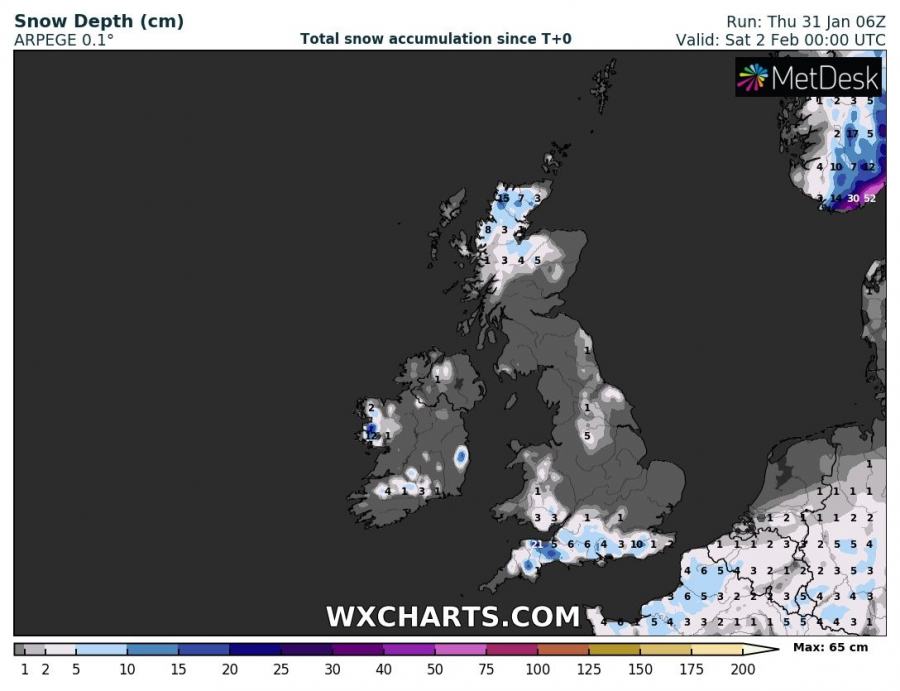 Total snowfall across the British Isles and Ireland until early on Saturday. Up to some 10 cm of snow in south UK, locally possibly more. Pretty significant snowfall across northern Scotland and a sprinkling in some places in Ireland. ARPEGE model guidance. Map: Wxcharts.eu. 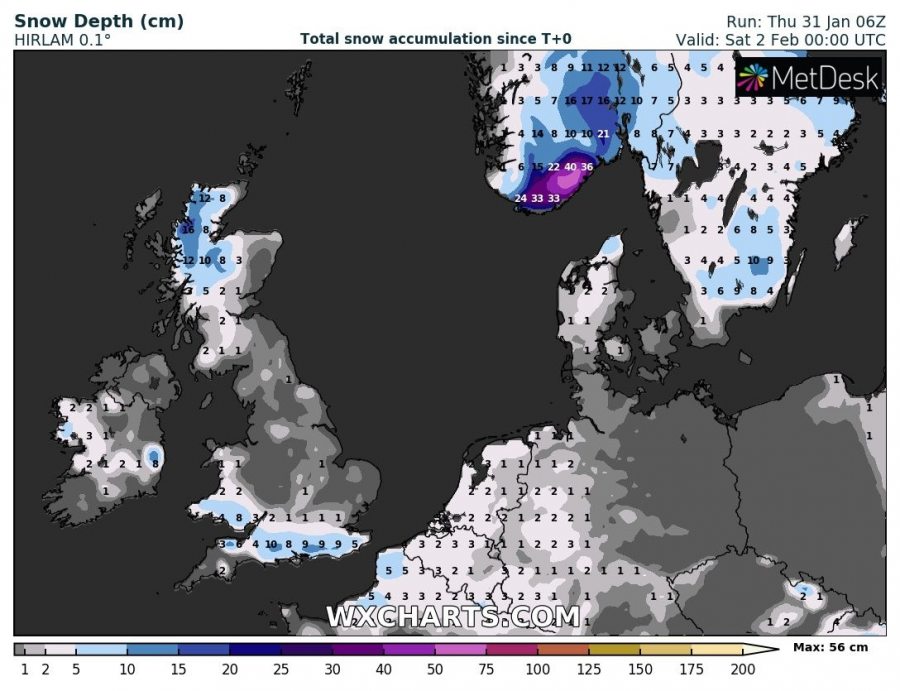 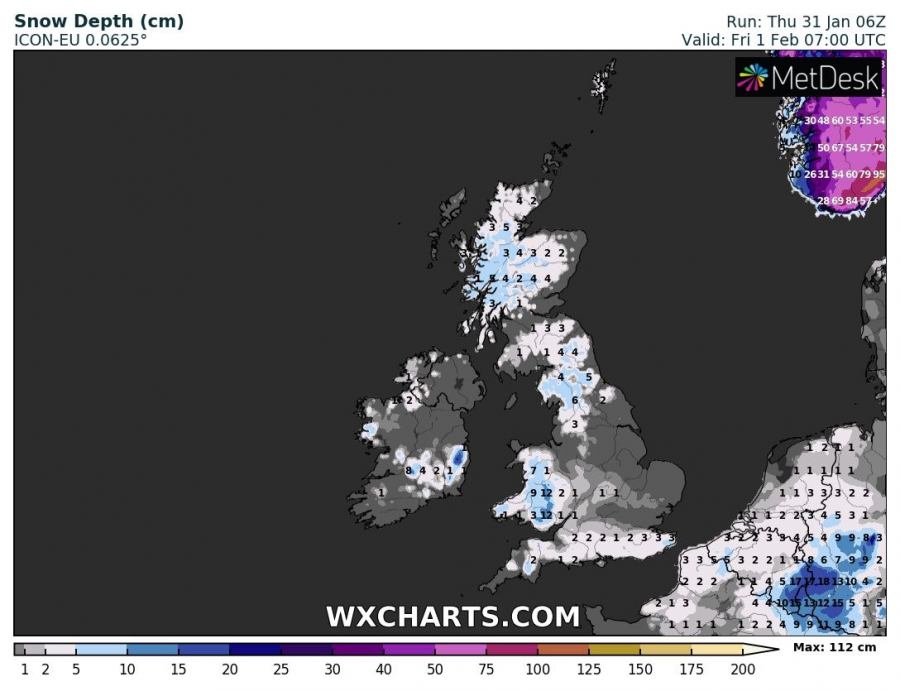 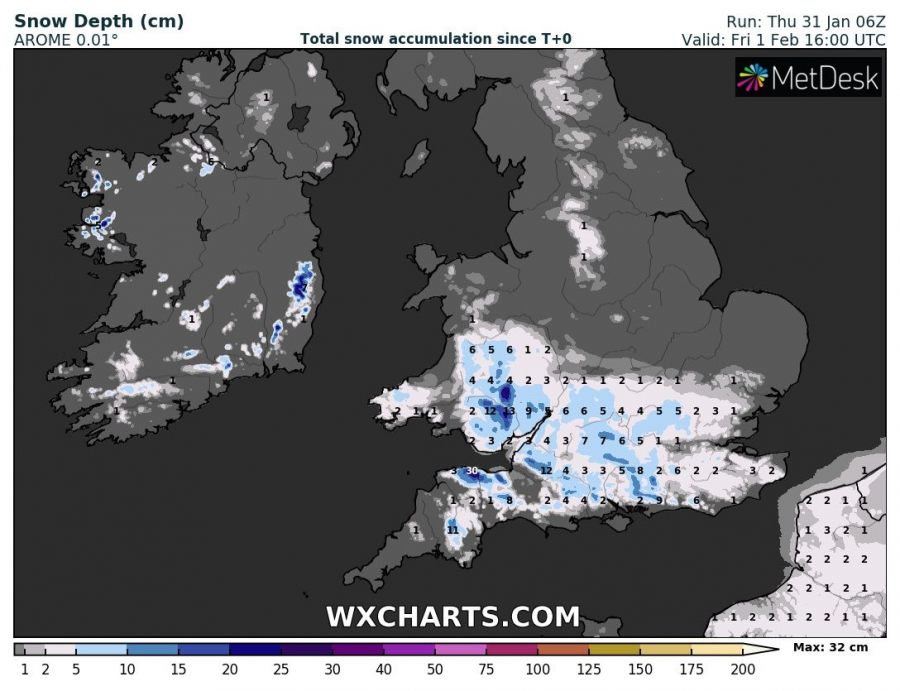