An intense cutoff low is moving across the eastern Mediterranean region. It will bring intense precipitation, mostly snowfall to parts of Turkey over the next 36 hours.

A deep cutoff low is moving across eastern Mediterranean and will track along the southern coast of Turkey from early on Tuesday to late on Wednesday. Model guidance indicates an unusually deep surface low, with central MSLP around 990 mbar or even slightly below that. 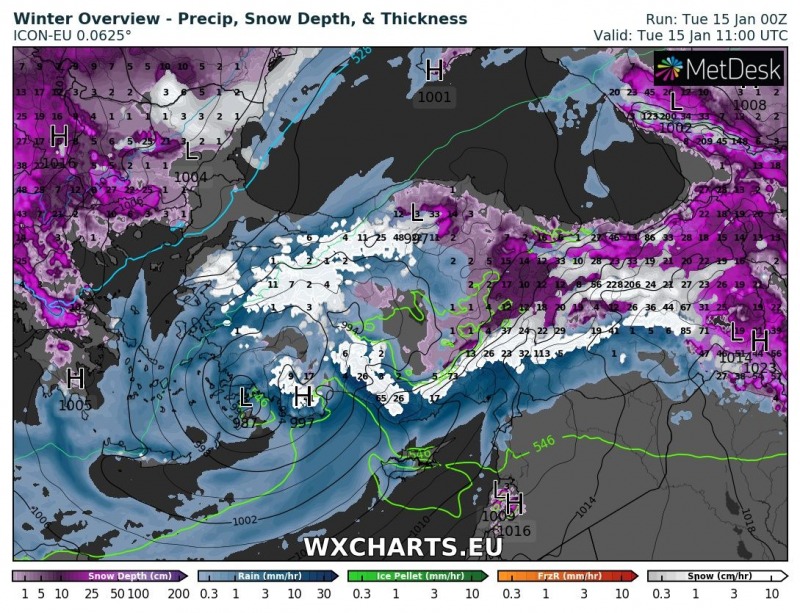 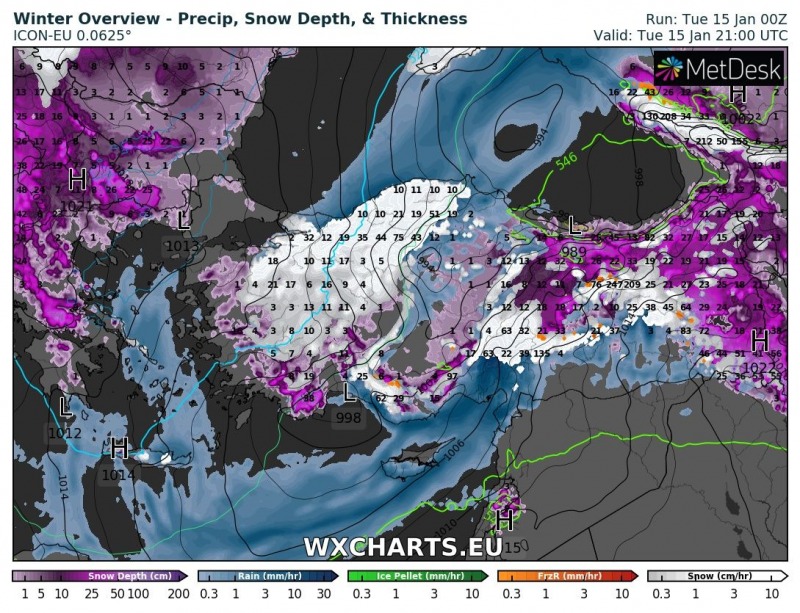 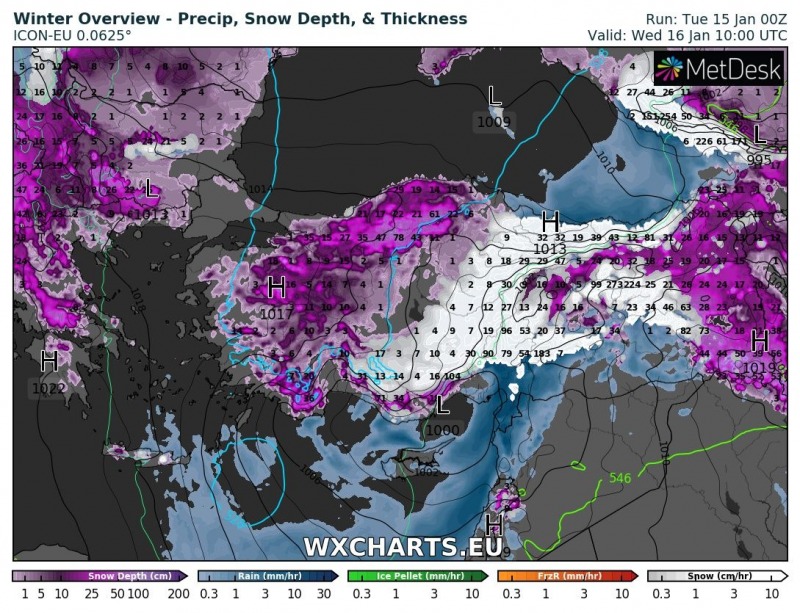 Expect major precipitation across parts of Turkey, including northwest Turkey, southern Turkey and in particular central-eastern Turkey, north of Adana. Large amounts of snow at higher elevations, up to 120-150 cm locally. Consult the maps below for details. 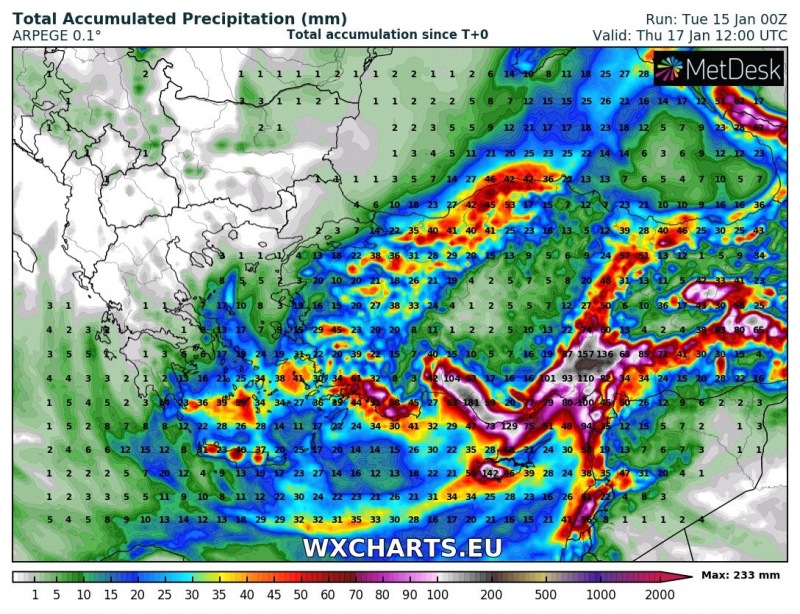 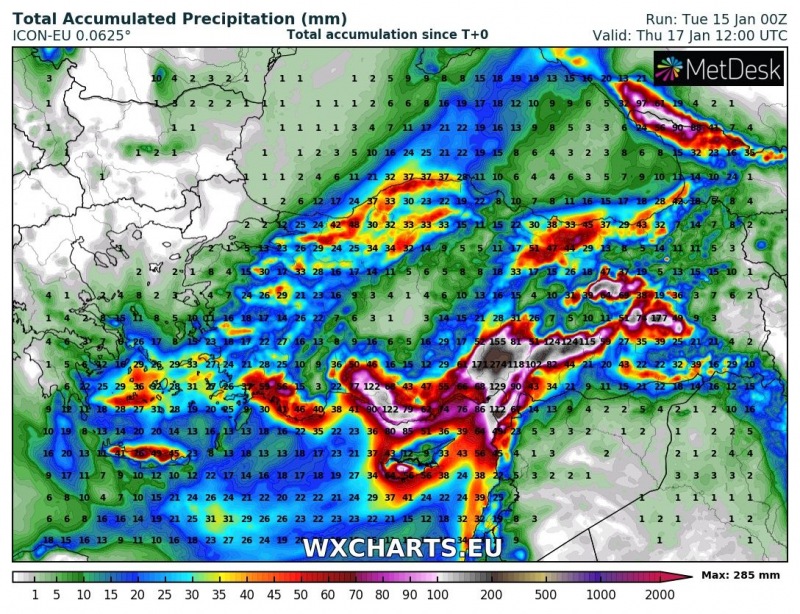 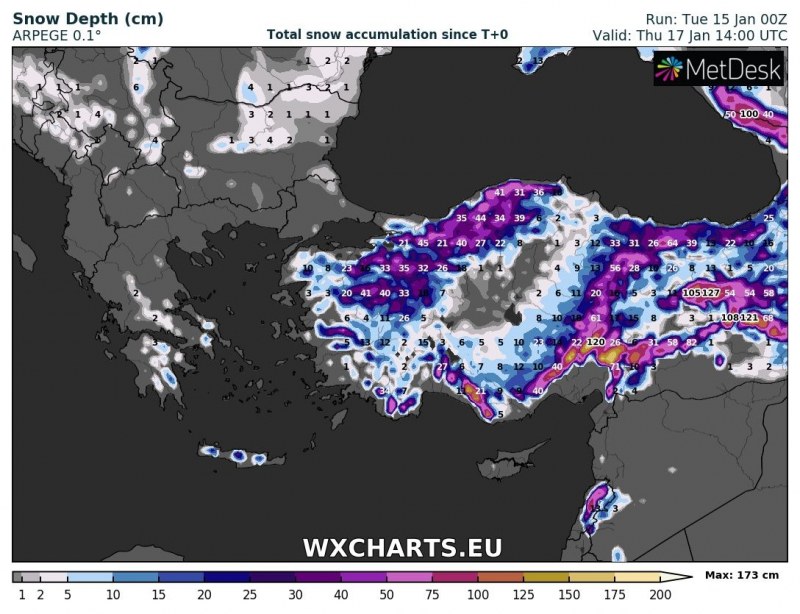 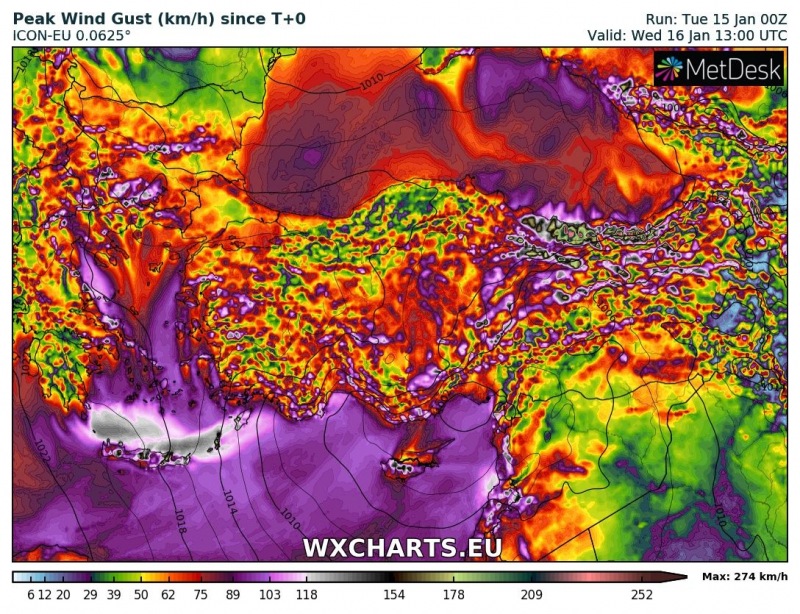 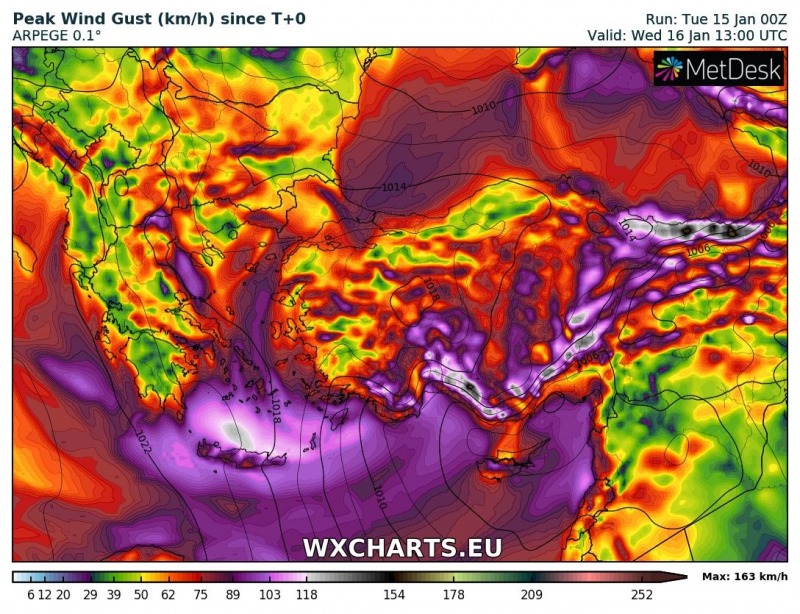