An upper ridge is strengthening over much of Europe with several features of interest regarding the potential for severe weather. One upper low crosses the Iberian peninsula, while another one is rotating over Turkey and the Black Sea. A large and deep low with surface cylcone travels aross the N Atlantic towards NE while another short-wave brings another day of storms over Scandinavia. 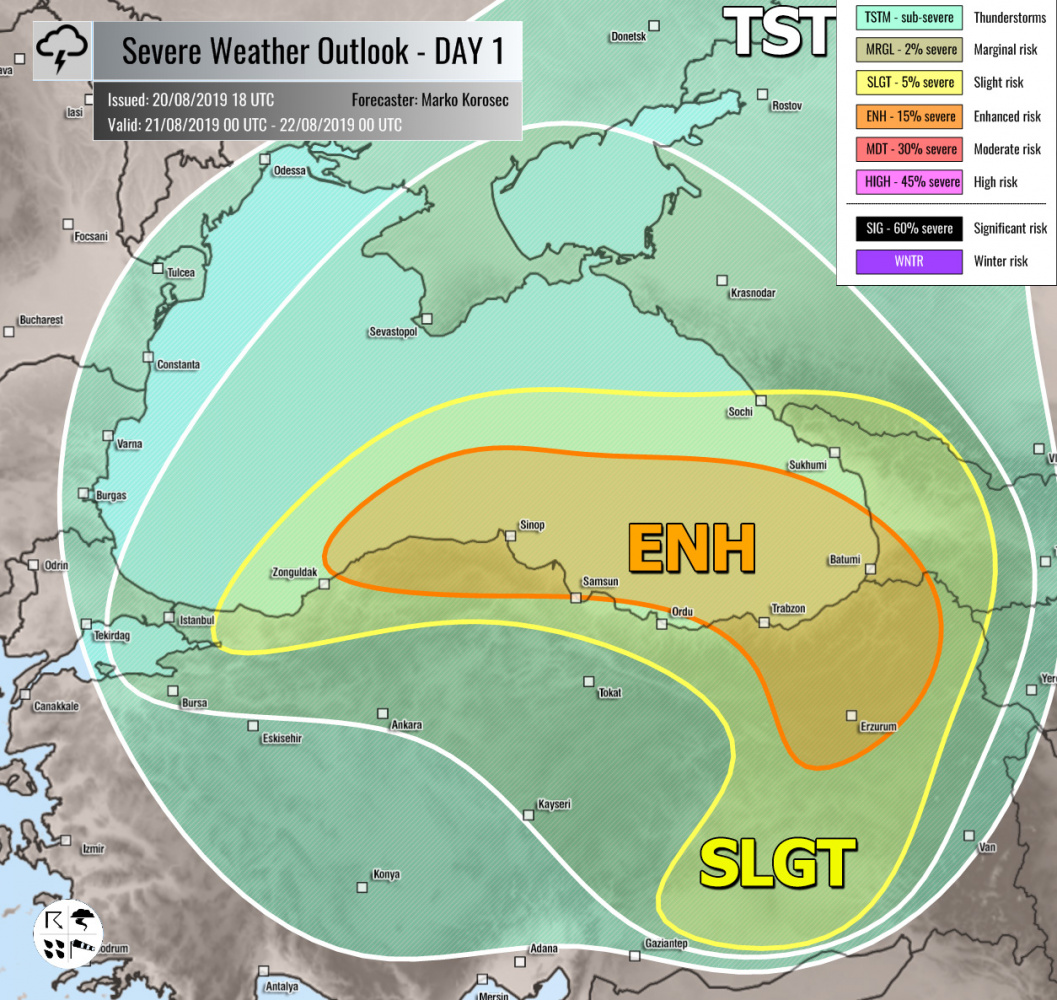 ENH / SLGT risks have been issued for ENE turkey into W Georgia and the SE Black Sea with threat for isolated severe storms, capable of producing severe winds, large hail and torrential / excessive rainfall. Rather widespread activity is expected under an upper low with slow-moving storms / clusters, resulting in training-cells effect along the coastal areas where dangerous flash floods threat could develop.

SLGT risk has been issued for ESE Spain with threat for severe storms, capable of producing severe winds, large hail and torrential / excessive rainfall. Isolated to scattered organized storms are expected to develop by mid/late afternoon under the effect of large-scale ascent associated with the upper wave. A few supercells with large hail and severe winds are likely.

SLGT risk has been issued for E Poland into Belarus, Baltic countries and NW Ukraine into NW Russia with threat for severe storms, capable of producing severe winds, large hail and torrential rainfall. A few organized storms are again expected to develop along the weakening front, ejecting into Russia towards Thursday.