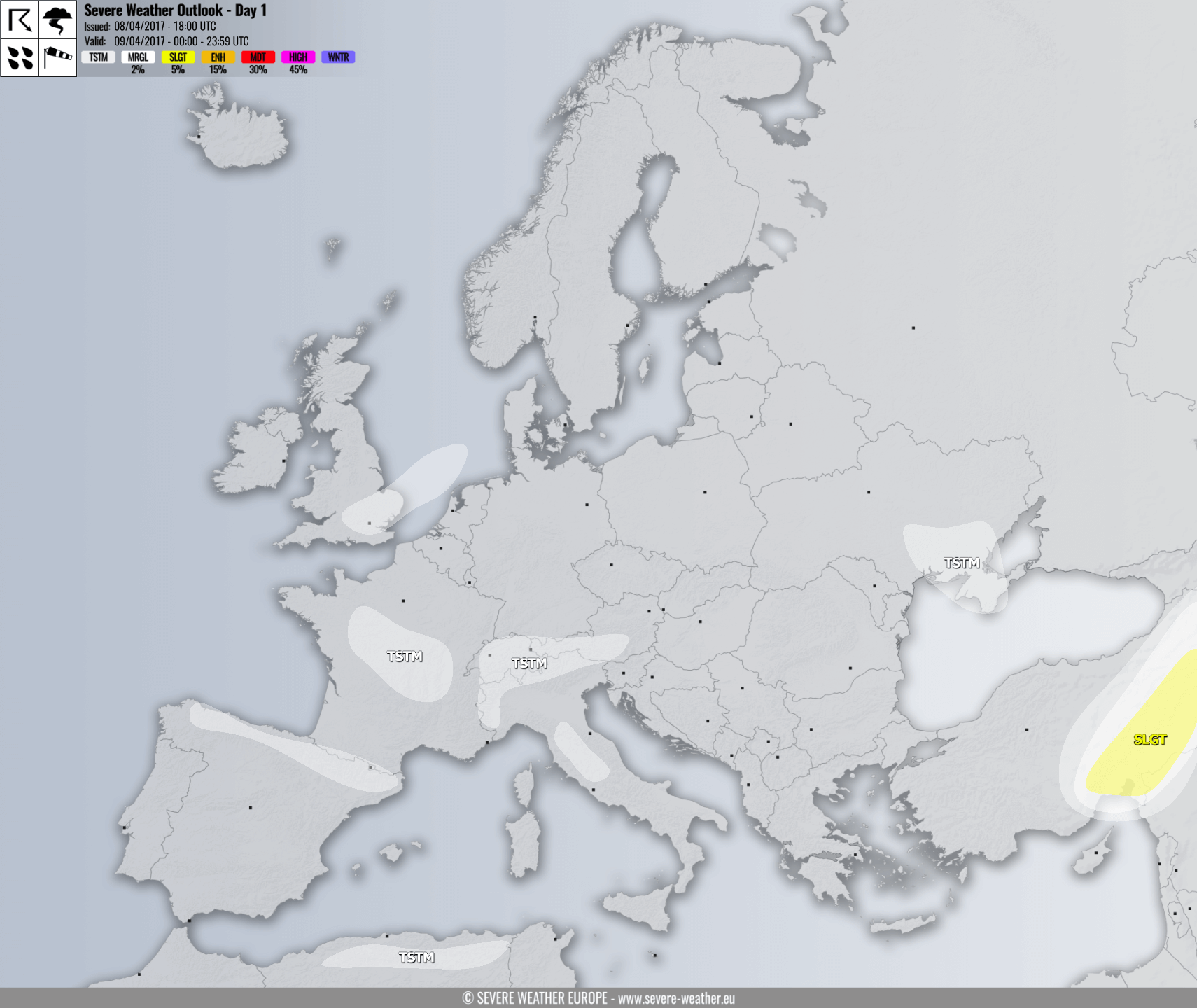 SLGT/MRGL risks have been issued for SE Turkey with threat for severe storms, capable of producing large hail, severe winds and torrential rainfall.

TSTM risk areas have been placed where some storms are expected, but should remain poorly organized and sub-severe.