The re-developed Tropical Storm Kirk in on the way towards Lesser Antilles tomorrow. The remnants of the tropical depression have emerged as a better organized system and are now strong enough to support Tropical Storm winds – sustained winds were lately observed at 60 mph with 998 mbar central pressure. Kirk will then continue across the Caribbean sea over the weekend. 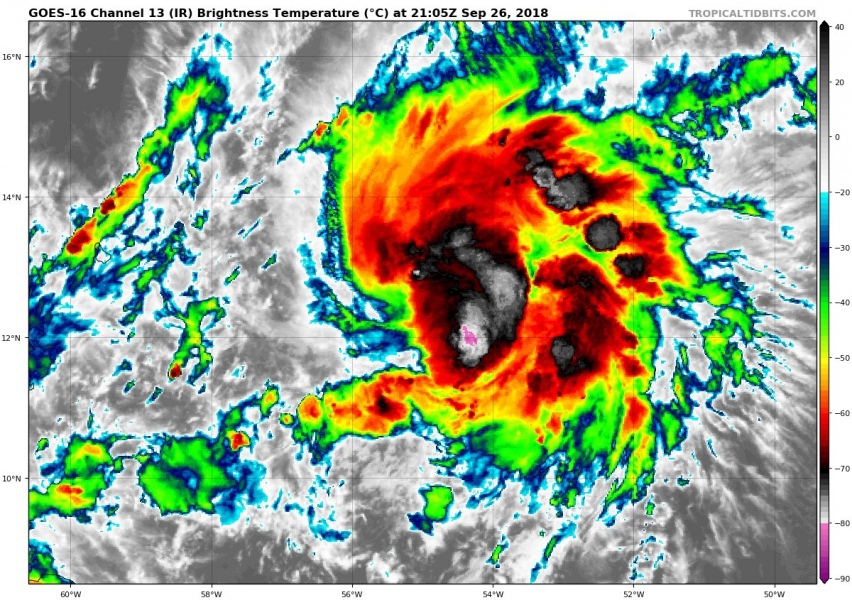 The NHC (National Hurricane Centre) tracks the storm almost due west across the Caribbean sea until early next week. Confirmed also by model guidance. 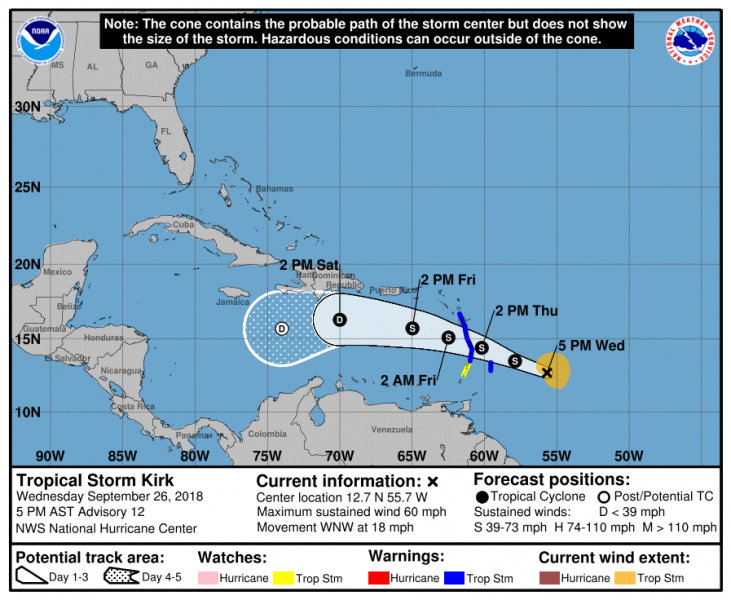 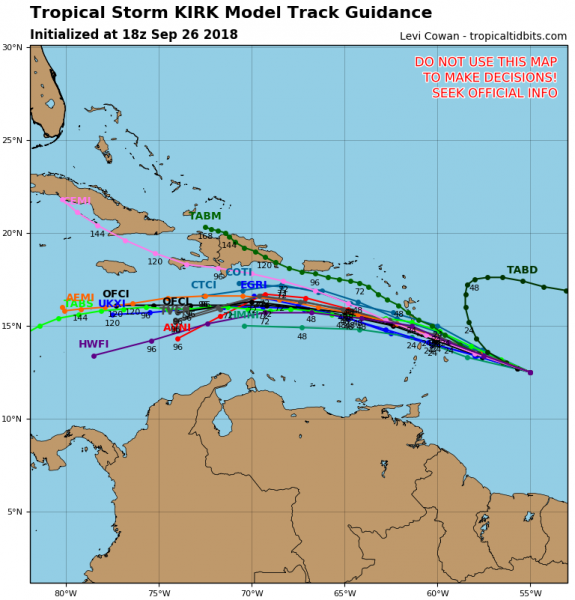 The intensity map suggests Kirk will likely remain a Tropical Storm, but some chances remain it could potentially strengthen into a CAT 1 hurricane this weekend. 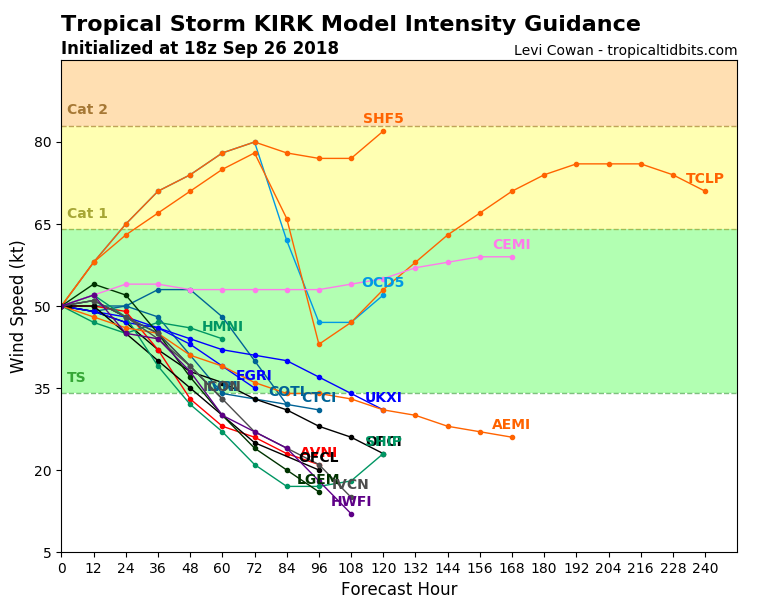