Another extreme and rare event is currently ongoing – an impressive tropical cyclone Kyarr in the Arabian sea, just west of Indian peninsula which is quite unusual for such a late date in the tropics. Kyarr has gone through a rapid intensification today – cyclone intensified from 90 mph (CAT 1) to 130mph (CAT 4) in only 12 hours! It is now, as of Oct 26th 18 UTC, a solid Category 4 tropical storm packing maximum sustained winds of 115 kt / 130 mph / 215 km/h and central pressure around 944 mbar. Kyarr is moving due west towards the Arabian peninsula.

NEW UPDATE – refer to the new article below for the latest details:

Cyclone #Kyarr is looking very impressive on the satellite. Although the eye is still a bit ragged, it is surrounded by intense spiraling convection (whirlpool shape) which is a sign of continued rapid intensification. 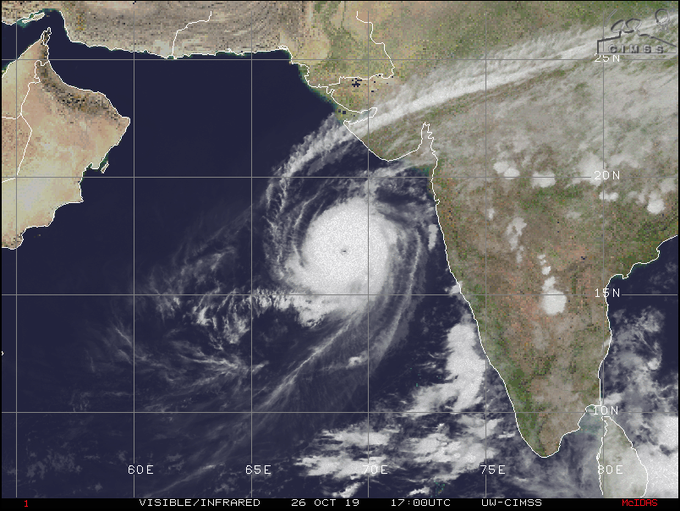 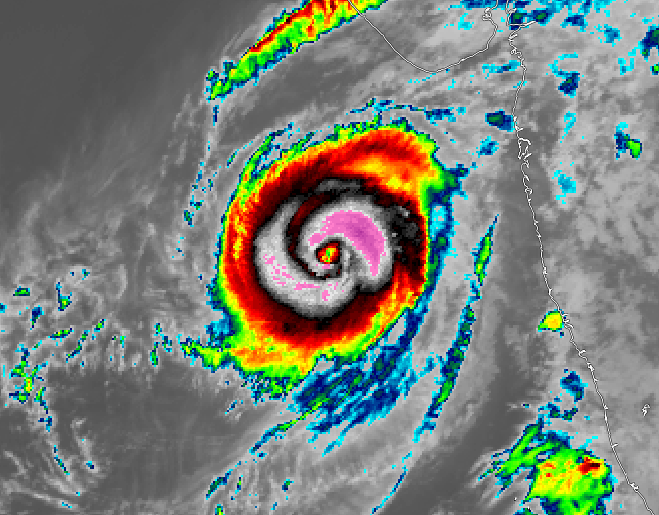 The automatic analysis by Advanced Dvorak Technique (ADT) suggested Kyarr has 115 kt sustained winds and 945 mbar central pressure, so JTWC went on the same estimation on the 18 UTC update actually. Radius of 50 kt winds expands 65-85 miles across all quadrants, being the most intense (85 kt) within the NE and NW quadrants.

Ocean Heat Content (OHC) map indicates Kyarr is still in quite favorable environment with very warm sea temperatures and moisture, allowing it to at least maintain its strength or even continuing its strengthening.

The future track of Kyarr should bring it due west for another day before it starts its gradual west-northwest turn after tomorrow. JTWC suggests it could reach 125 kt / 145 mph / 230 km/h by tomorrow morning, Oct 27th 6UTC. Kyarr would then become a high-end Category 4 tropical cyclone! Very low shear and high sea water temperatures are surely supportive of such evolution. 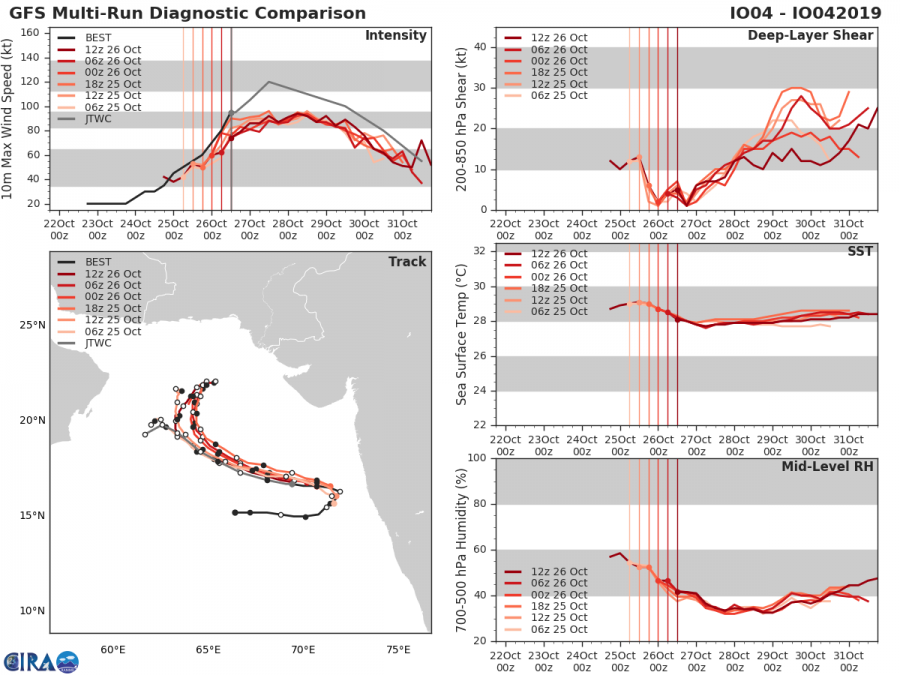 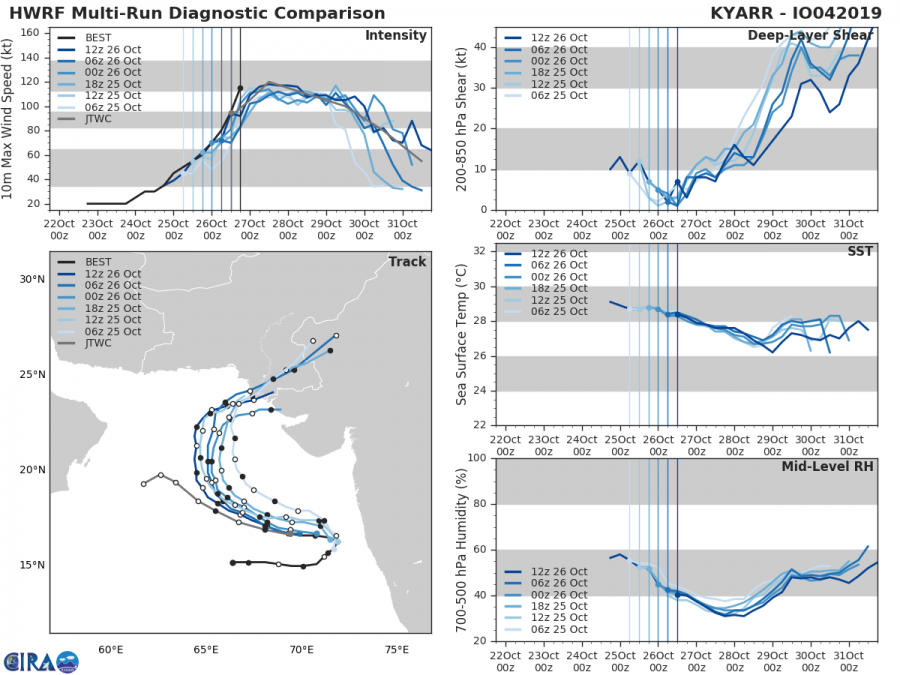 We are closely monitoring the further evolution of this rare late tropical cyclone and will keep you updated – stay tuned!