Hurricane Dorian maintains its CAT 3 strength with sustained winds 120 mph (= 195 km/h) and central pressure around 950 mbar. Surprisedly enough, Dorians’ past 24-hour behavior has been nothing but exceptional – it was literally stalled with its center just north of Grand Bahama island. The island was more or less constantly under the intense SW and SE eyewall.

Daytime has finally arrived over Dorian this morning (local time), revealing the eye was covered with clouds, meaning the Eyewall Replacement Cycle (ERC) is still ongoing. Based on IR satellite scans we can see the explosive convection remains across SE and NW quadrants while the western parts are slightly weekend. This is likely due to some weak shear effect further west and indeed due to the peninsula to its immediate west. We can actually see a concentric outer ring of storms that may eventually become dominant eyewall. If it occurs, Dorian’s core of intense winds will become larger and would allow the worst conditions to extend closer to the US coastline. 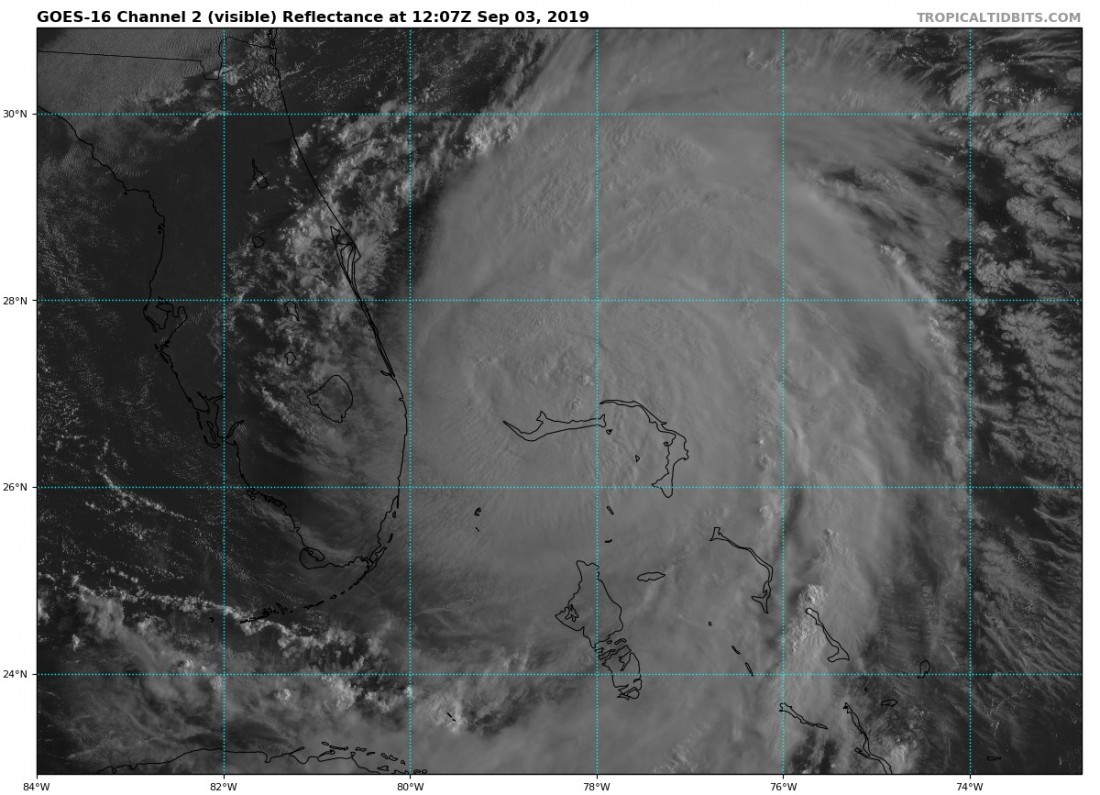 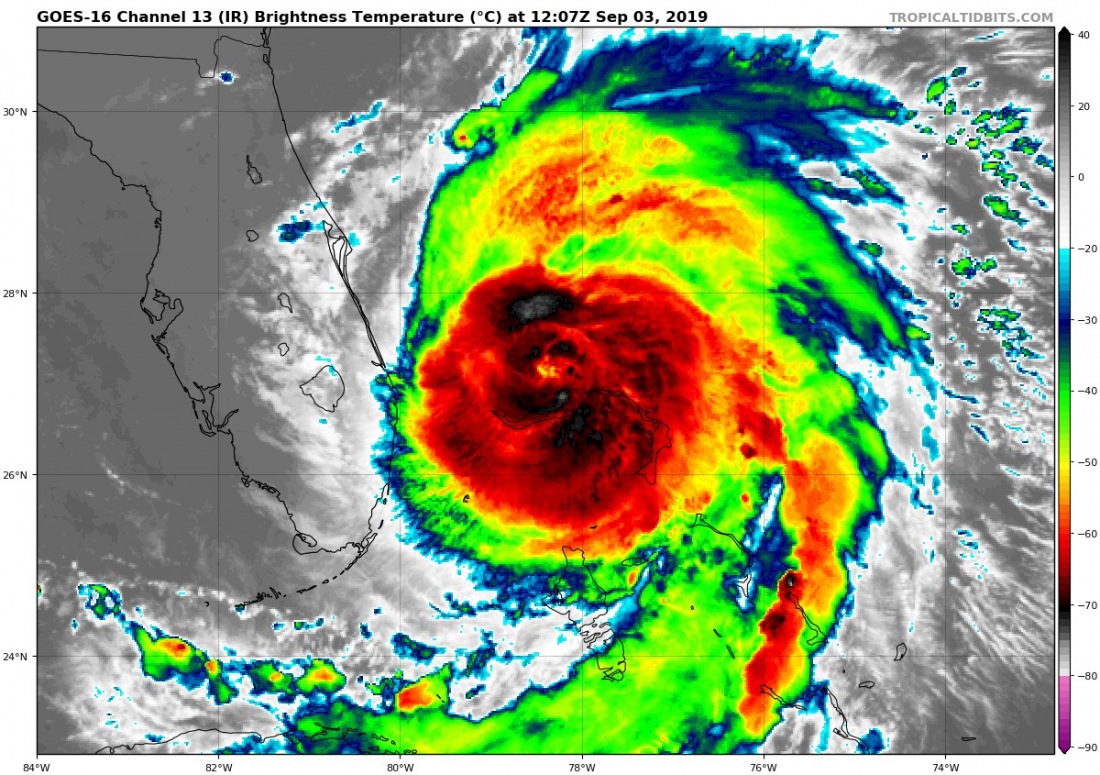 Latest NOAA Hurricane Hunters recon flights are confirming the CAT 3 strength with around 115-120 mph sustained winds and slightly higher central pressure, around 955 mbar. Additional scans are planned today and will reveal it’s final intensity once the current ERC is completed. 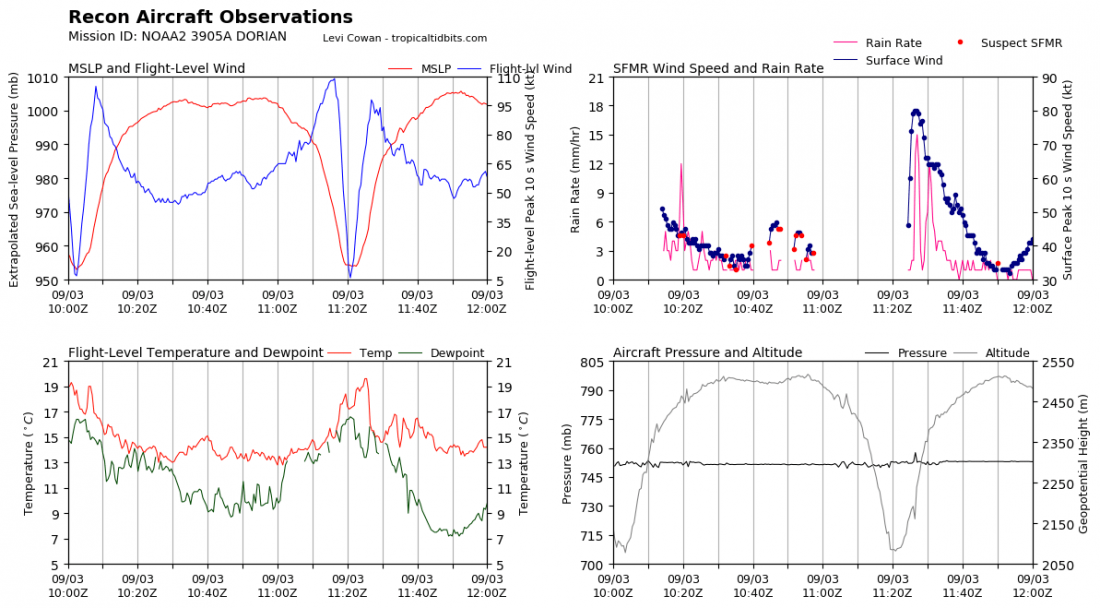 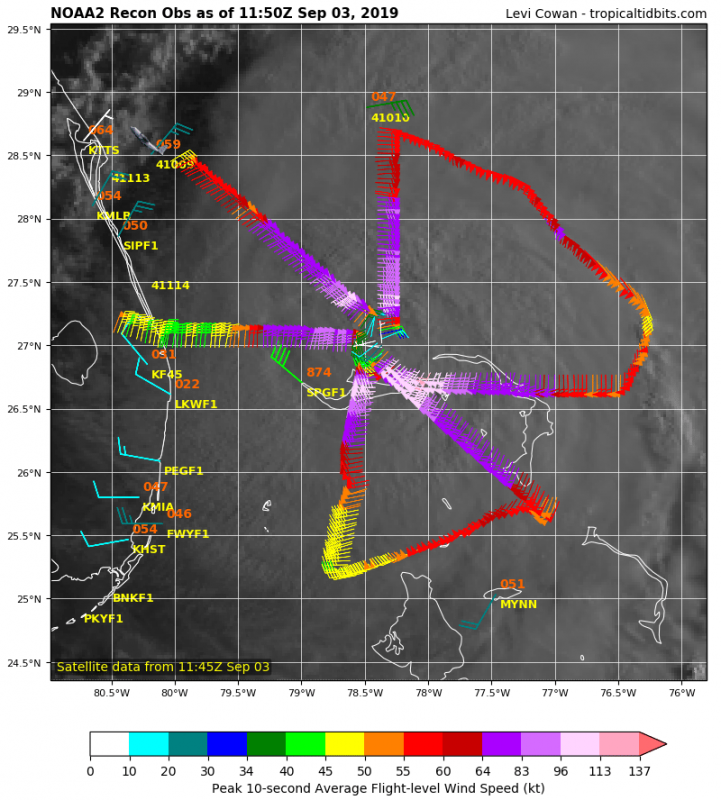 Once Dorian finally starts moving NNW later today, it is expected to continue east of Florida peninsula until late tomorrow (Wednesday 2 pm local time). Still, some uncertainties exist regarding the potential landfall or flyby of South Carolina’s coast sometime on Thursday during the day. However, Dorian will still be moving quite close to Florida so its effects with storm surge and outer rain bands will be rather significant. Hurricane Warnings remain in effect for the Bahamas and eastern Florida. 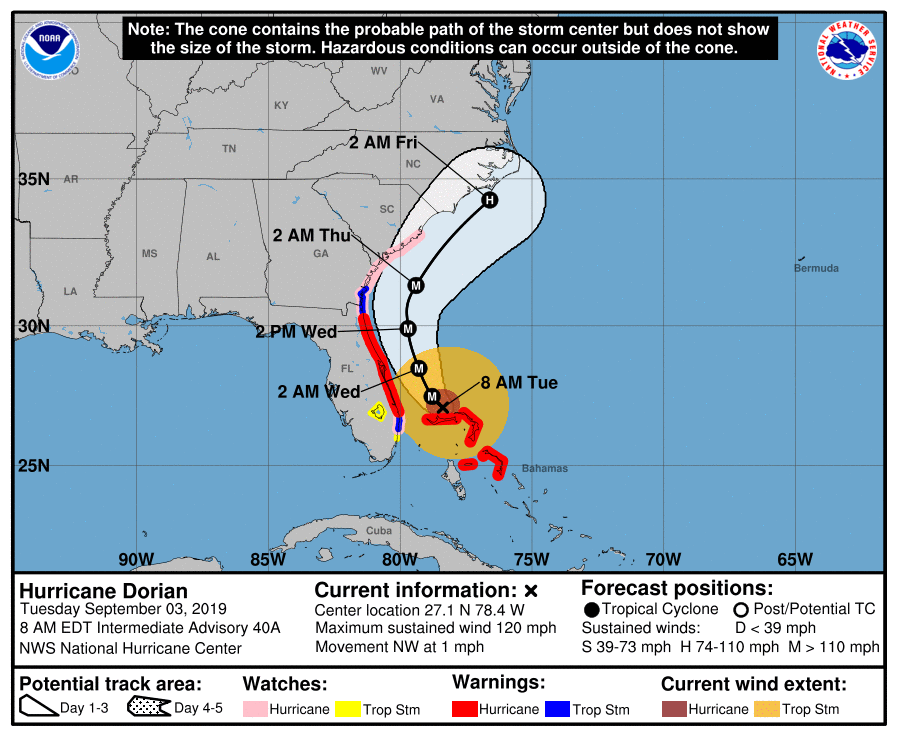 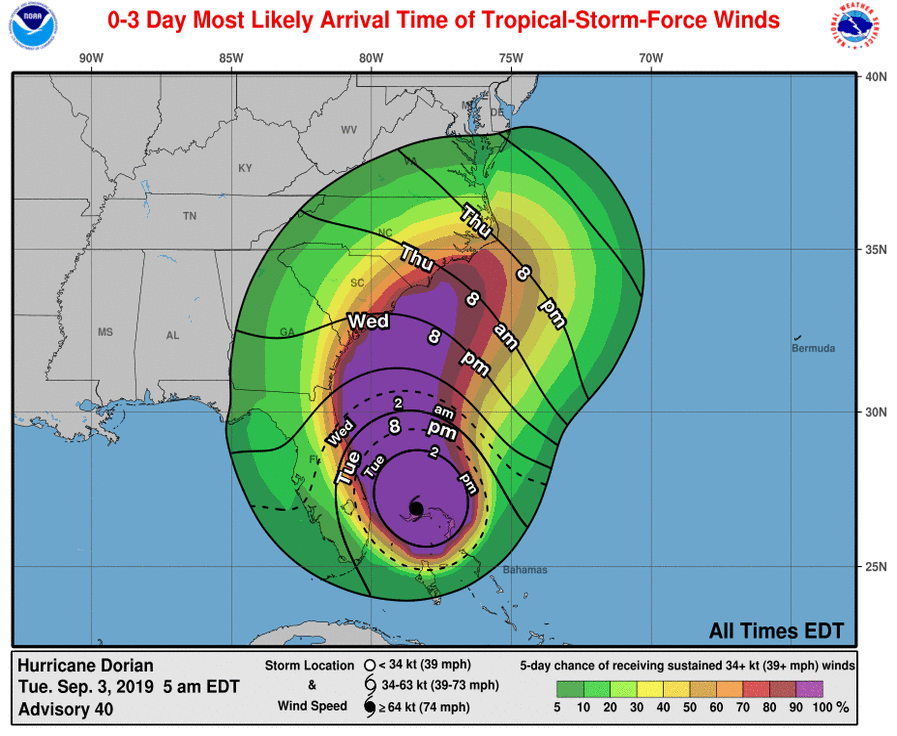 Models are more or less is quite good agreement regarding the intensity of the hurricane, maintaining CAT 3 strength until Dorian passes Florida and nears Georgia / South Carolina coast towards Friday. Depending on the current ERC, Dorian might weaken a bit more into strong CAT 2 strength. But as Dorian will encounter the warmer Gulf Stream later today, it could result in re-strengthening again, depending on if the inner core will become more organized after the completed ERC. 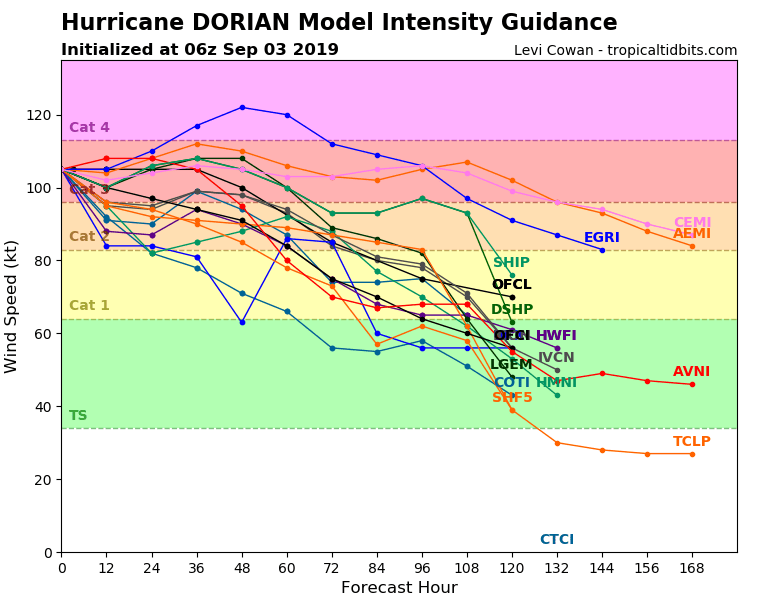 Notice the hurricane’s tack over the weekend when Dorian accelerates across the NE US coast and across Nova Scotia towards Greenland and Iceland next week – still far ahead, indeed, but trends are monitored how these remnants of Dorian would affect the N Atlantic or WNW European weather as an extra-tropical deep cyclone next week. 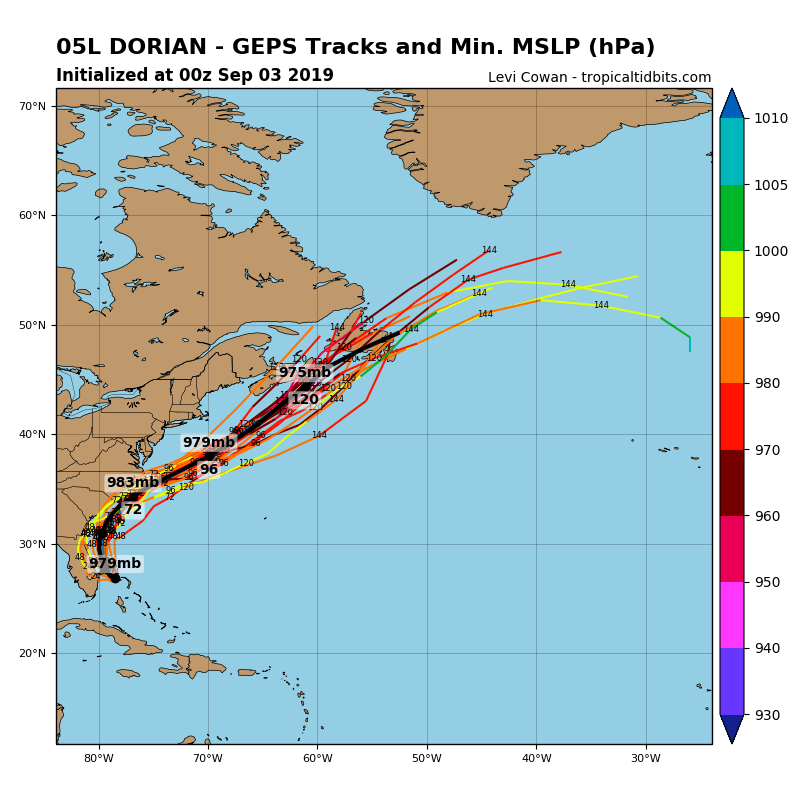 See also our other updates regarding Dorian’s effect in Bahamas and early morning update: