*Rare* Twin tropical cyclone formation is expected early next week. Two systems will form in the western Indian Ocean, each on its own hemisphere, facing each other across the Equator!

A rather unique situation is setting up, where we will witness twin tropical cyclones, on both sides of the equator!

UPDATE 04.December: 5 Systems are now live in the Indian Ocean:

Tropical convection is currently ongoing in the western Indian ocean, seen on the METEOSAT image below. In the coming days, more organized convection is expected. As current models indicate, double tropical cyclone formation is likely by mid next week.

Conditions will become more favorable, and two tropical cyclones are expected to form. Sea surface  temperatures will be over 30°C in the western Indian Ocean, with relatively modest wind shear conditions. Tropical depression formation is expected within 48-72 hours, early next week. 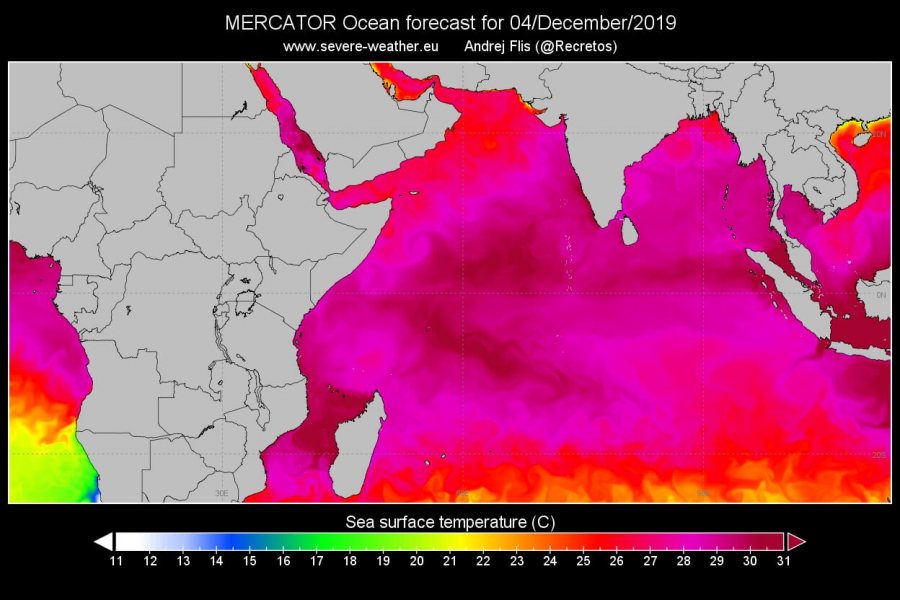 This is a rare situation, as we would witness twin tropical cyclone formation, looking at each other across the equator and spinning in opposite directions. The examples below are from the global Canadian model, which is similar to the ECMWF global model output. Obviously notable are developed tropical cyclones.

Wind forecasts also reveal twin cyclone formation, with the southern cyclone being in more favourable conditions, and is expected to become stronger. Some forecasts take it south into Madagascar as a tropical cyclone as strong as a category 3 hurricane!

GFS model is currently the least aggressive but still shows the tropical cyclone formation, as seen on the animation of precipitable water.

We will keep you updated on any important further development. While you wait for more updates, make sure to check out the latest ongoing drought emergency in Australia: 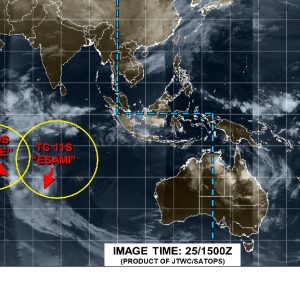 «Next Post Full 365-day animation of Atlantic ocean currents cooling and warming, seasonal temperature changes, and tropical systems leaving trails in the ocean!
Dec 1st *UPDATE* on the typhoon #KAMMURI, heading for the Philippines while strengthening – should reach Category 3 prior to landfall Previous Post»