As we have discussed last night – A rare occurrence in the tropics – five (5) tropical systems are simultaneously ongoing in the West Indian Ocean, one of the tropical systems has organized into a tropical cyclone, but is unexpectedly strengthened into much more intense system than forecasted. Invest 92S has gone through an extremely impressive rapid intensification today – which is still ongoing – as has strengthened from around 30 knots yesterday to around 100-110 knots of maximum sustained winds now, in just 24 hours! That is incredibly impressive as first, it was unexpected and second, the threshold for rapid intensification is “only” 30 knots in 24 hours – Ambali’s increase is 70-80 knots! Cyclone will remain over open waters east of Madagascar and will not be a threat for any land areas.

Here are some incredibly impressive satellite images of Ambali, revealing a powerful eyewall will extremely deep convection and pinhole eye with diameter of only around 10-12 miles. Such satellite presentation usually indicated tropical system is underway an extremely rapid intensification. Cyclone #Ambali is a monster of a storm with a very symmetric and round cloud density overcast (CDO), surrounded by a small but very well-defined pinhole eye. Dvorak intensity estimates indicate cyclone has even chances to become a Category 5 within the next 18 hours! It is going to continue rapidly strengthening as there are no signs of an eyewall replacement cycle (EWRC) anytime soon. 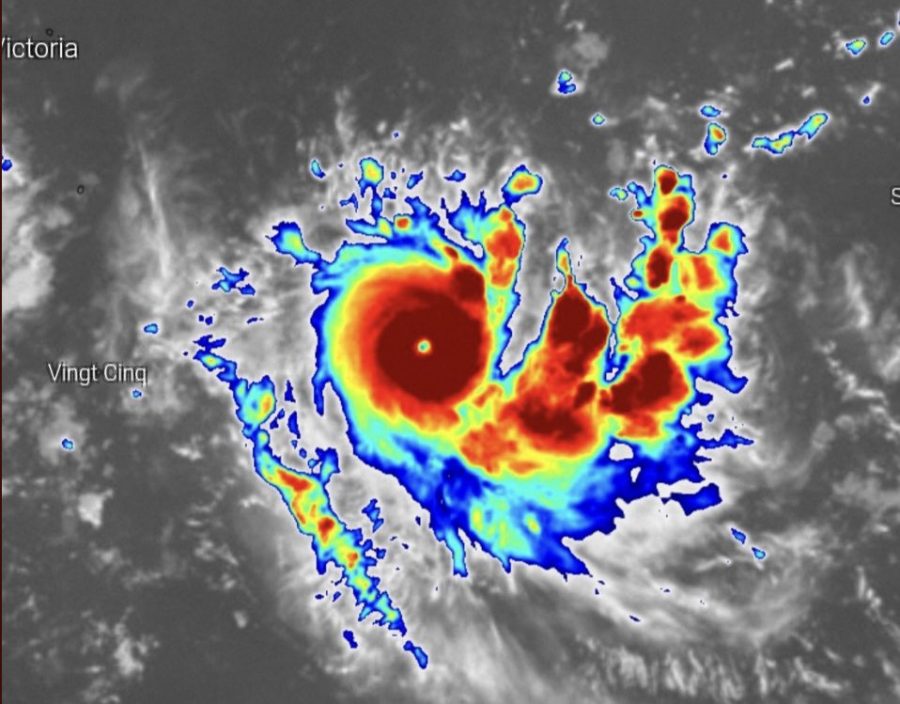 Latest Advanced Dvorak Technique (ADT) analysis indicate the central pressure is around 966 mbar with maximum sustained winds around 100 knots, raw T number is close to 7! The analysis also indicates the cloud tops within the eyewall are around -75 °C while the eye has a temperature of around +21 °C. 50 knots wind radii is expanding 50-60 miles around the center with already 30-35 miles wind radii of 64 knot winds across the NE and SE quadrants of the storm. We can see Ambali was steadily intensifying since last night while rapid intensification is especially intense in the past 6 hours when pinhole eye actually appeared.

Apparently, Ambali has fueled from very favorable warm waters of the southern part of the South Indian Ocean as can be seen on the Ocean Heat Content (OHC) map. Something we have seen often this year both in Atlantic and Pacific as well.

Ambali will be moving south-southwest in the coming days and will likely reach at least Category 4 strength in the next 12-18 hours, possibly could even reach Category 5! Cyclone is then expected to begin its weakening trends as ocean waters become cooler and shear increases. It will likely fall apart by Sunday or Monday next week.

Stay tuned for additional updates tomorrow – we are closely monitoring its evolution overnight! 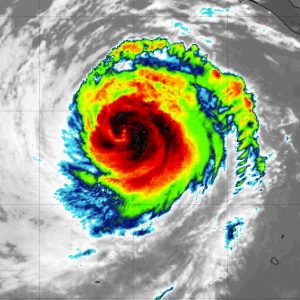 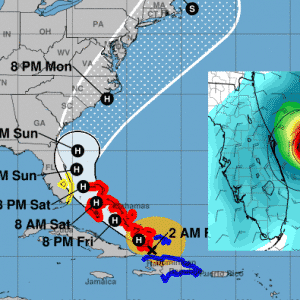 Hurricane Isaias forms ahead of the Bahamas, heading towards Florida 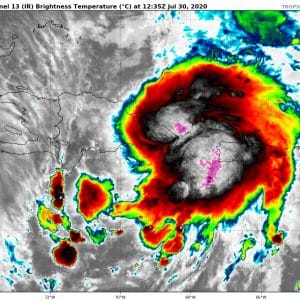 «Next Post A fast-moving cyclone crosses the British Isles and delivers severe to extremely severe winds on Thursday, Dec 5th
Another cyclone is strengthening north of Madagascar today, expected to make landfall on the island on Sunday Previous Post»