Hurricane Lorenzo is intensifying, and is already a category 2 hurricane. It is projected to undergo further strengthening in favorable conditions, becoming a major hurricane (category 3+) in less than 24 hours.

Lorenzo is now a category 2 hurricane and has moved into favorable conditions, with low wind shear and warm 26-28 °C SST’s. Both combined, support rapid intensification, turning Lorenzo into a major hurricane sooner than expected, by the end of the day.

Official outlook from the National Hurricane Center has Lorenzo as a category 2 storm, and strengthening into a Major hurricane already by tonight, and as a category 4 hurricane by Saturday morning! The projected path of the storm has already shifted more towards northeast, increasing the chance of a direct hit into Azores. 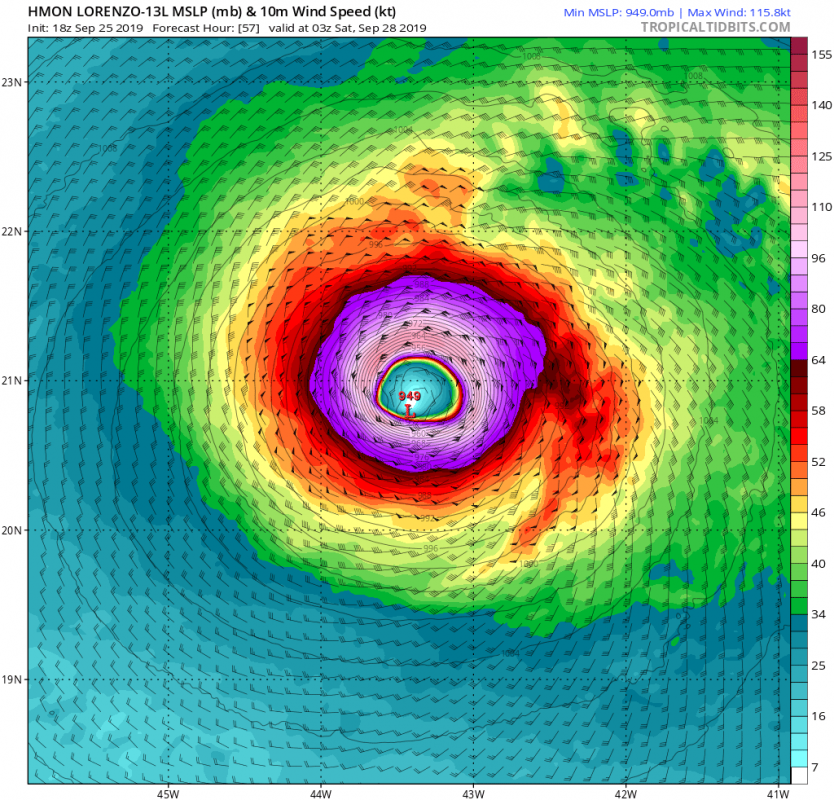 It is now higher confidence that hurricane Lorenzo will re-curve more towards northeast rather than north, which is turning this into a dangerous situation, as it is heading directly towards the Azores, likely impacting the islands as a category 2/3 storm. The exact strength at landfall is not yet clear, but it is certain to be a strong hurricane.

The GFS model is currently forecasting a direct impact to the Azores, with gusts over 180 km/h, which equals to a strong category 2 hurricane. Islands would also be hit with a major storm surge and excessive precipitation. The future track would then lead Lorenzo towards the North Atlantic and NW Europe sometime later next week. 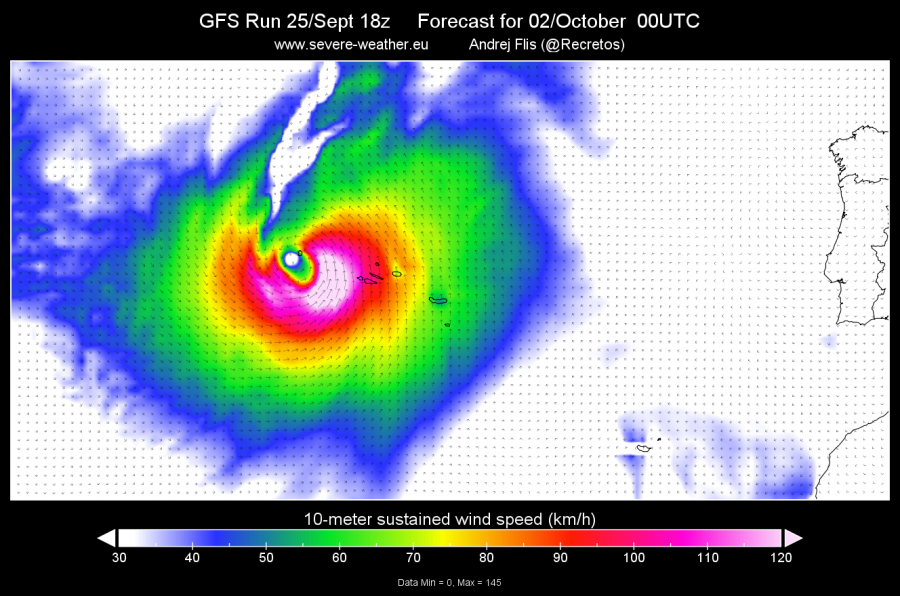 The GWAM wave model is forecasting high storm surge, up to 15 meters during the passing of the hurricane, which is quite significant!