An explosive development and rapid intensification of Tropical Cyclone #Ferdinand is underway! The systems likely contributed from the very favorable sea waters of more than 31 °C placed north and northwest of Australia. Ferdinand is a Category 3 system, packing maximum sustained winds of 85 knots (100 mph / 160 km/h) and the minimum central pressure around 970 mbar. It will remain away from any land areas, located northwest of Australia and will continue drifting westward.

An impressive upper-level outflow channels ventilation is well visible from the satellites, a small pinhole eye is appearing. The cyclone is rather compact but is ready for further rapid strengthening today. 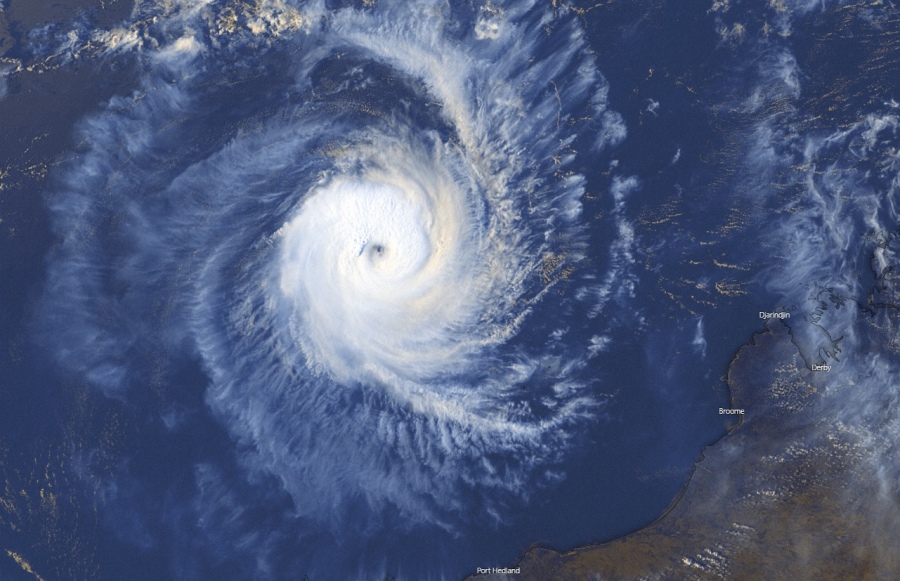 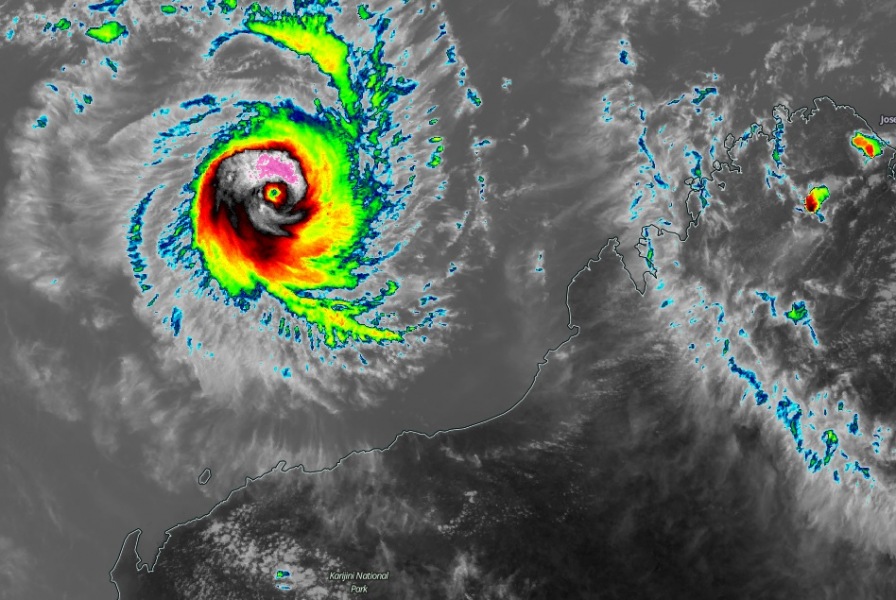 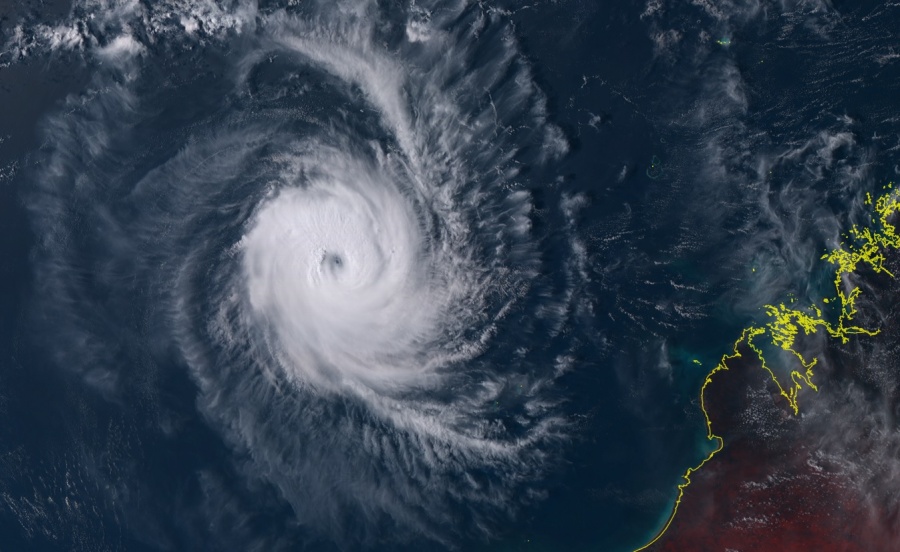 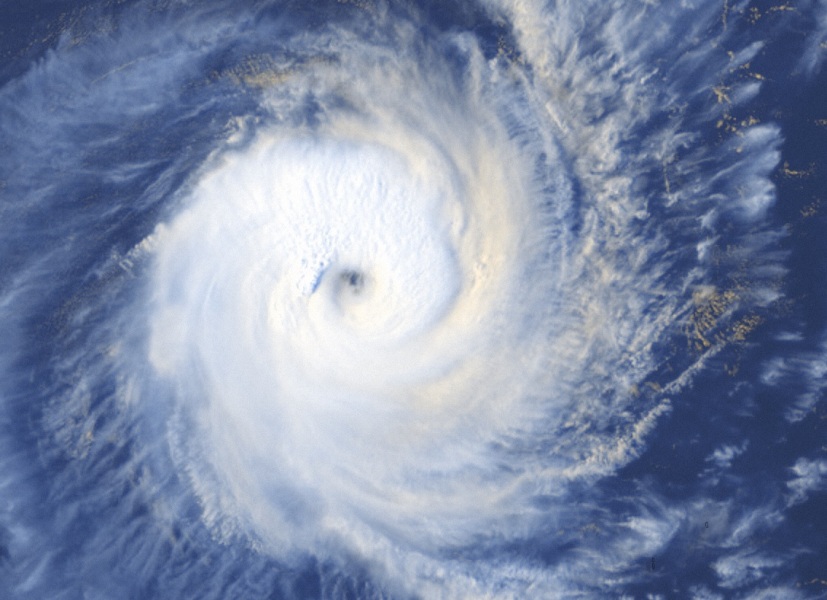 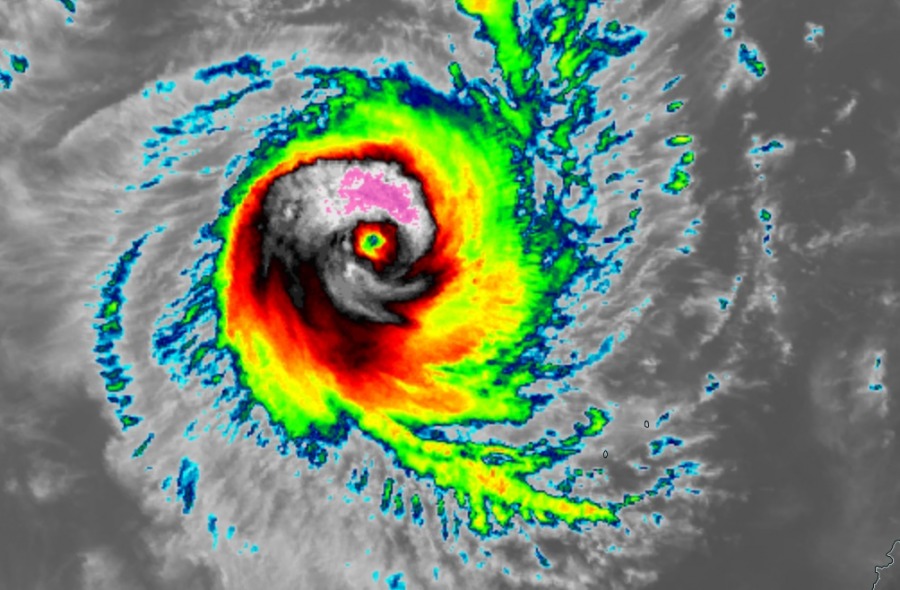 Cyclone #Ferdinand is becoming more defined, with nice outflow channels, and what appears to be a small eye trying to clear out. The storm is rather compact and can be susceptible to rapid strengthening or weakening over time. But luckily this is crawling westward away from land. pic.twitter.com/Qdbqdk6ynE

Advanced Dvorak Technique (ADT) analysis reveals a remarkable strengthening today (past 6 hours), raw T number is around 6! As of Feb 25th 09 UTC, the estimated winds are 92 knots and central pressure 965 mbar. Ferdinand has a very powerful wind field around the eye, its eyewall is well-defined. The system already has the 35-40 miles radii of 50kt winds. Also, there are hurricane-force winds 64-knot winds expanding across 15-20 miles in all four quadrants.

Ferdinand will continue moving westward with relatively slow speed. Based on the current observation, which is indicating the system is much stronger than models were simulating at this time, Ferdinand will likely reach Category 4 strength tonight or tomorrow morning (local time). As we can see from the Ocean Heat Content (OHC) map, the system is likely fueling from the very warm SSTs in the region, which leads to explosive development. Ferdinand will remain in good condition while slowly drifting west in the coming days, allow it to strengthen further. 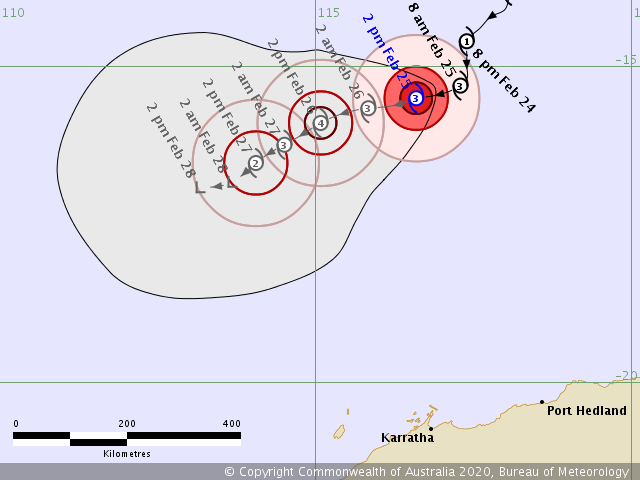 There is another tropical system on going over Australia – #Esther: