The ex-hurricane Michael which brought catastrophic landfall at high-end Category 4 (155 mph sustained winds) strength in the Florida Panhandle earlier this week, has now already moved off the east US coast into the Atlantic. It is now an extra-tropical storm. It is moving east at the accelerated speed and will likely be arriving towards western Europe on early Monday. While it was a devastating system across the southeast US, Michael should not bring much of a severe weather threat to the Europe.

Attached are a couple of graphics from the National Hurricane Center (NHC) and the ECMWF ensemble model tracks. The earliest reasonable arrival near western Europe is on Sunday morning, while on Monday morning the remnants of Michael could bring some winds and rain into the area from Ireland to France or even N Spain – still many uncertainties exist about the final landfall. 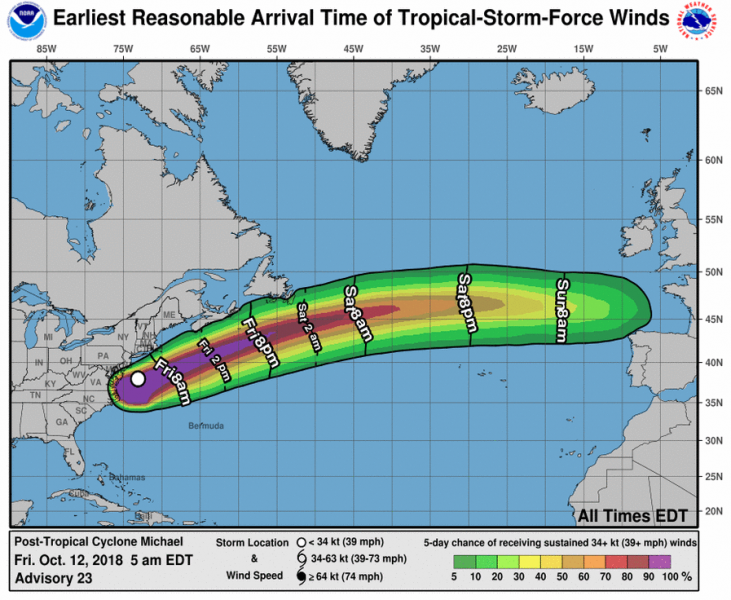 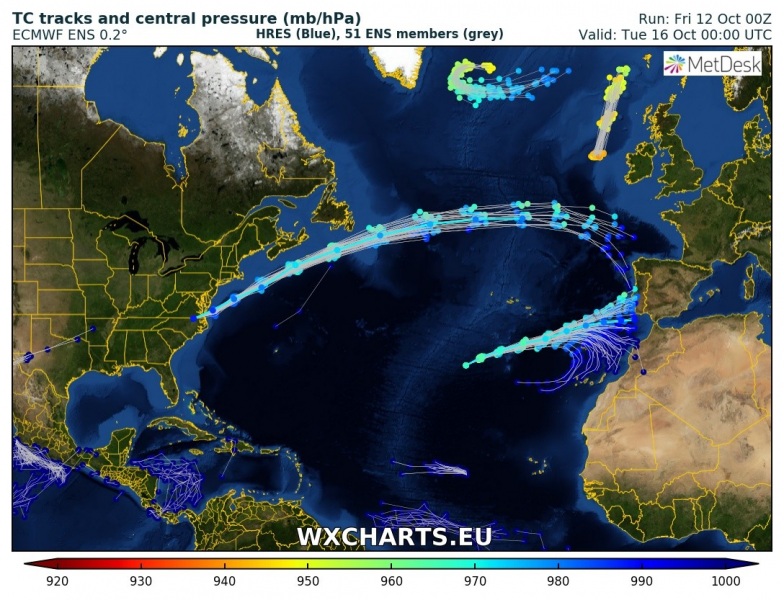 The NHC and the GFS model peak wind swaths suggest Michael will maintain its tropical storm strength until Sunday at least. 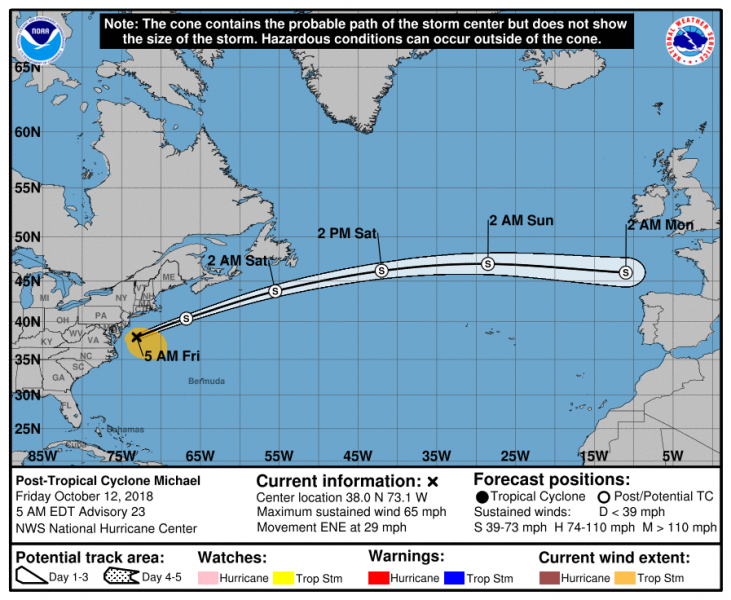 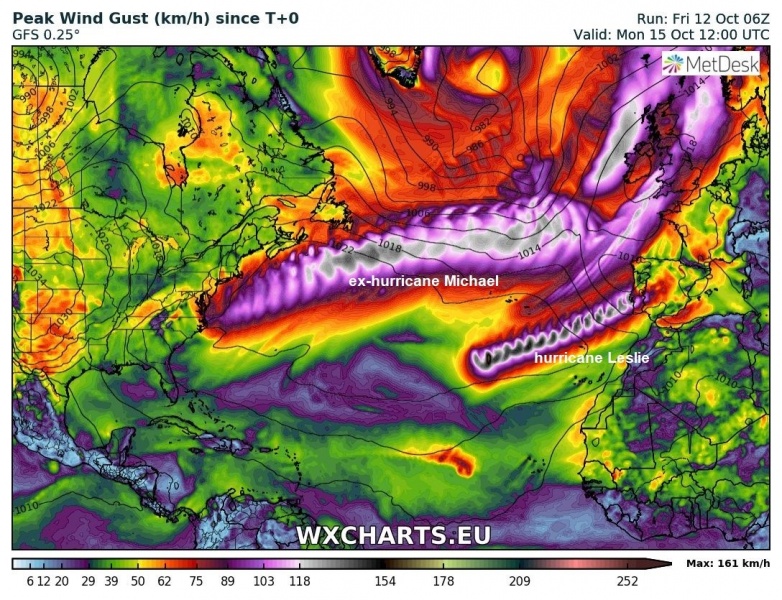