Have you ever seen noctilucent clouds? These may be the most unusual and rare clouds you may ever see.

Noctilucent clouds are to normal clouds what Martians would be to life on Earth. Almost. The vast majority of all clouds (on Earth) are found in the troposphere. This is the layer of the atmosphere closest to the ground, which extends to roughly 10-15 km height. But noctilucent clouds form much higher up, at 76-85 km high, way up in the Earth’s mesosphere. 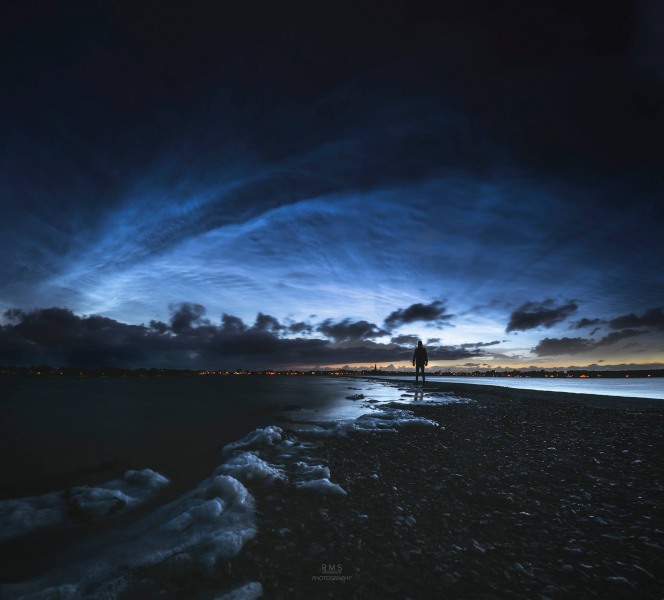 That is a very different place from what we are used to. Recall how the pressure drops with height: at aircraft cruising altitude it is only about 1/3 of what it is at the surface. But at noctilucent cloud height, the pressure is only 1/1000th of that at the surface, or roughly 1 millibar. That’s 6x less than even on the surface of Mars! The mesosphere is extremely dry, about a hundred million times more than the air in Sahara. The temperature is also very low, down to -143 °C in its uppermost part. Noctilucent clouds are composed of very small ice crystals, up to 100 nm in diameter – that is 1/10 000th of a mm. Ice crystals form on condensation nuclei, such as micrometeorites or rocket exhaust, or may form directly from water vapour. 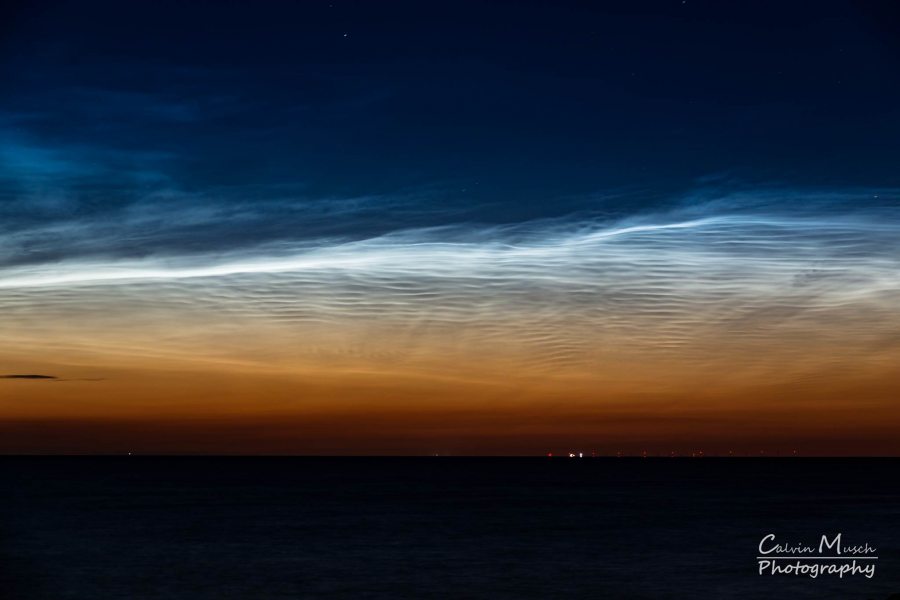 Why the name noctilucent? Noctilucent means “night shining” in Latin. These clouds get the name, because they glow in an electric blue color in a dark sky in late twilight. This happens as the sky is already dark with the Sun well below the horizon as seen from the surface, but it is still above the horizon and shining at the height of noctilucent clouds, illuminating them.

Sightings of noctilucent clouds were extremely rare until recently. The first observation was in 1885, two years after the major eruption of Krakatoa volcano in Indonesia. It is not known whether there was an actual connection between the eruption and noctilucent clouds; it may well be that people only spotted noctilucent clouds as they watched the fiery red volcanic sunsets as evening reds illuminated the volcanic aerosols in the atmosphere. Sightings remained rare for the remainder of the 19th and 20th century, but have became much more frequent in the past two decades. Some of this increase can be attributed to increased awareness about noctilucent clouds and the proliferation of digital cameras and smartphones. On the other hand, increased number of space launches and climate change have also been proposed as causes for the increase. Noctilucent clouds may be a Miner’s Canary for climate change, linked with increased methane concentrations in the atmosphere. 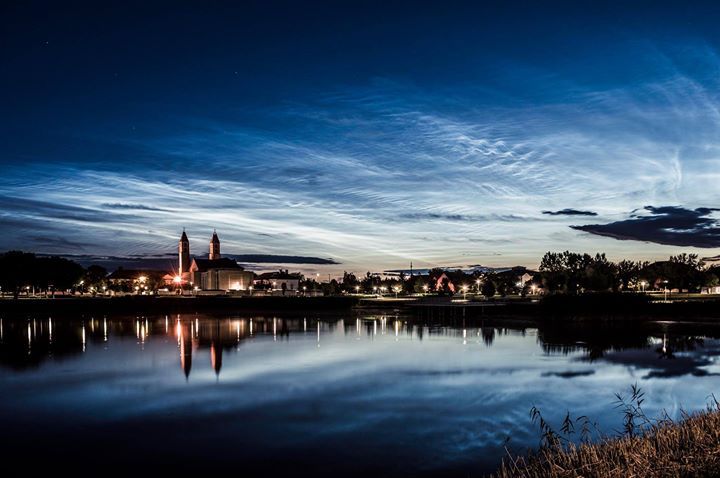 How to see noctilucent clouds?

Noctilucent clouds are generally seen only in June and July (in the northern hemisphere). They can only be seen during twilight, when the Sun is at about 6 to 16° below the horizon. This is between relatively bright twilight and almost total darkness. Check your northern sky, this is where they will appear. They are most typically visible at latitudes between 50 and 65° – in Europe that would be between about the latitude of central Scandinavia and southern UK / BeNeLux / central Germany / Czech Republic / southern Poland / Ukraine. Occasionally they can be seen further south and have been spotted as far south as Spain. 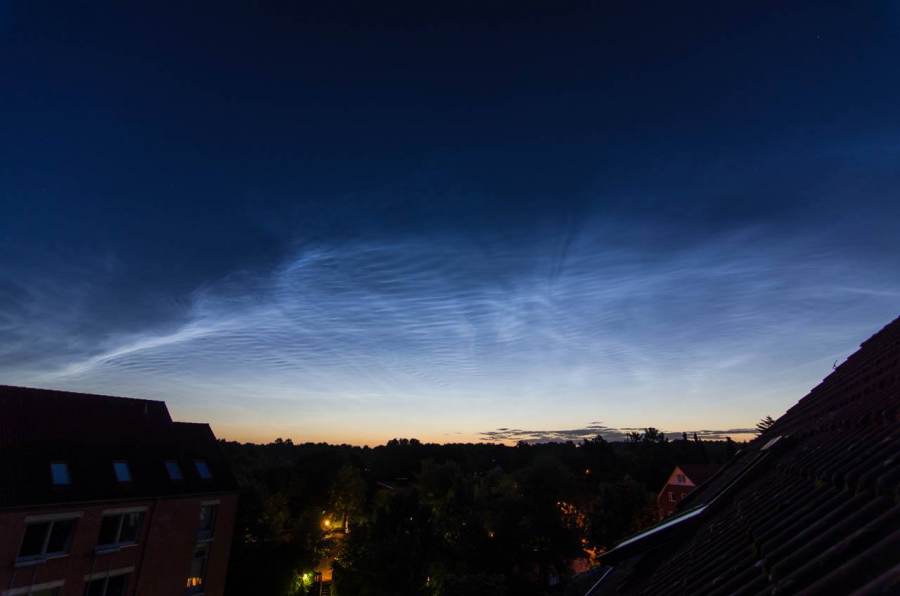 Noctilucent clouds over Kiel, Germany in the morning of July 3, 2017. Photo: Jonas Dingenskirchen.

Noctilucent clouds come in a variety of shapes and forms. They are usually white or pale to electric blue. Sometimes red and green colors are reported too. They may appear only as featureless bands, but usually display wispy, filamentary appearance, with waves, undulations and swirls.

Good luck! Check your northern skies in the evening in the morning. You may get lucky and see something pretty special!