A waterspout and a supercell were spotted and photographed over the central north Adriatic by storm chaser Niccolò Ubalducci from Fiorenzuola di Focara, Italy. At this time, at around 22 h UTC the storms were far over the sea, at a distance of about 70 km. Ubalducci first spotted a supercell with a well-defined wall cloud and possible funnel cloud. Shortly thereafter, a large waterspout appeared underneath another cell.

Location of storms with regard to observing location. Source:Niccolò Ubalducci. 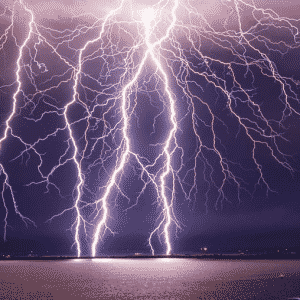