Between the powerful west European upper ridge and an upper low over southeast Europe, a strong northeasterly jet stream has formed. Its flow in the lowest level is exactly perpendicular to the Dinaric mountain range, extending along the western Balkan peninsula and the coast of the Adriatic sea, causing waves (the so-called ‘Lee waves’) to form behind the mountain barrier.

Lee waves are atmospheric stationary waves, visually they may appear as lenticular clouds. The most common form is mountain waves, which are atmospheric internal gravity waves and form on the lee side of a mountain range. These waves are perfectly visible on the MODIS visible satellite from early this afternoon, forming across the Dinaric mountain range (Velebit mountains) and extending across the Adriatic sea.

In today’s particular case, the wind flows towards the mountain range and produces a first oscillation (wave), followed by more waves towards the southwest across the Adriatic sea. Attached are zoomed maps across the Kvarner region: the wind blows across the upper Velebit mountain range and the first wave is almost parallel (curved) to the mountains, while we can see several waves behind the southern Velebit mountains with more parallel waves towards southwest across the Dalmatia islands. 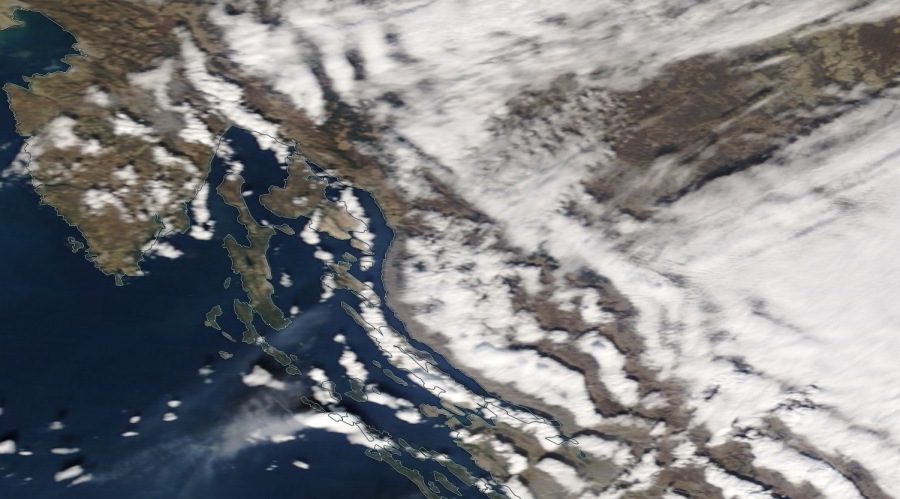 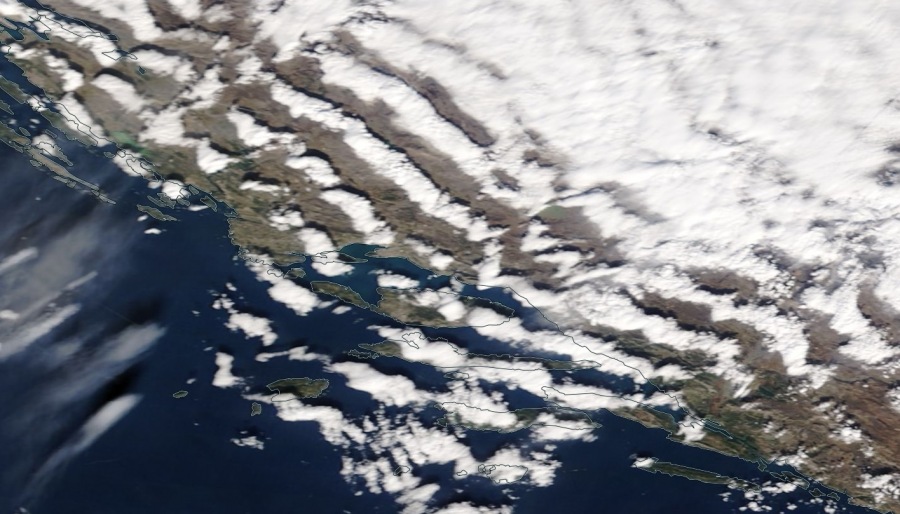