Intense supercell thunderstorms hit Sicily two days ago. The storm system formed in the early morning on a strong, nearly stationary surface convergence zone just north of Sicily, ahead of the approaching cold front. Conditions were very favourable for formation of supercells with high CAPE (2000-3500 J/kg), strong 40-45 kt mid level jet and veering wind profile with backing surface E-SE winds. A MDT risk was assigned to this area in the updated Day 1 Outlook for 11/10/2013. 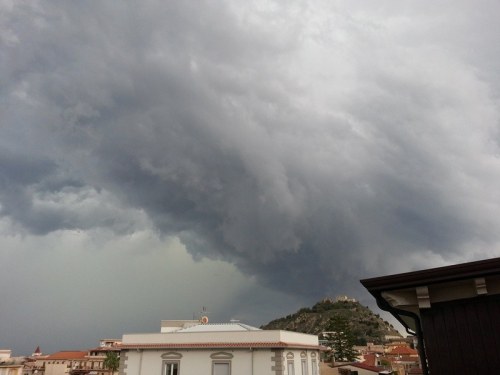 Shelf cloud on one of the storms. Source: MeteoWeb.eu. 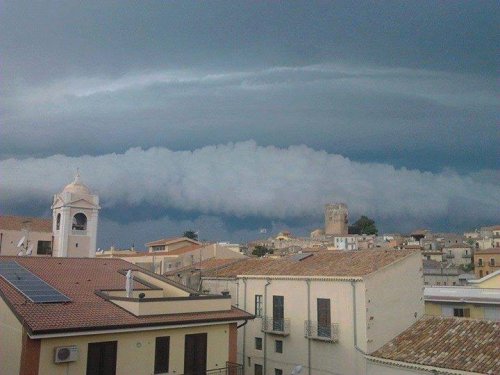 Multiple severe hailstorms hit the region, with large hail up to ~5 cm diameter being reported.

Large hail from one of the supercells. Source: MeteoWeb.eu.

Large hail in Pomeriggio from one of the supercells. Source: MeteoWeb.eu.