A tornado outbreak swept across northern France, Benelux and the extreme south of UK on October 20, 2013. As of now, 9 tornadoes have been confirmed with five already being assigned intensities: 6 tornadoes in France, 1 tornado in Belgium, 1 tornado in the Netherlands and 1 in the UK. 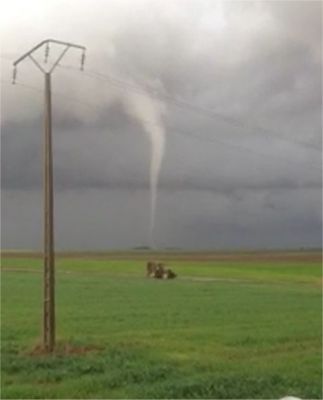 Tornadoes on October 20 in outbreak area:

The most damaging was the EF2 Bailleul tornado. Keraunos is making a detailed damage survey, the preliminary results show a 9 km long damage track. The tornado skimmed the commercial center, just south of Bailleul. Over 1600 houses were left without electricity. Jean-François Wierez of Pluymstraete was right in the tornado path: “Around 7:15 p.m., I was in my garage when I saw the door of it blown inward. The electricity was cut off, I heard a noise in the house. Everything was devastated. I have two fireplaces that threaten to collapse … “ 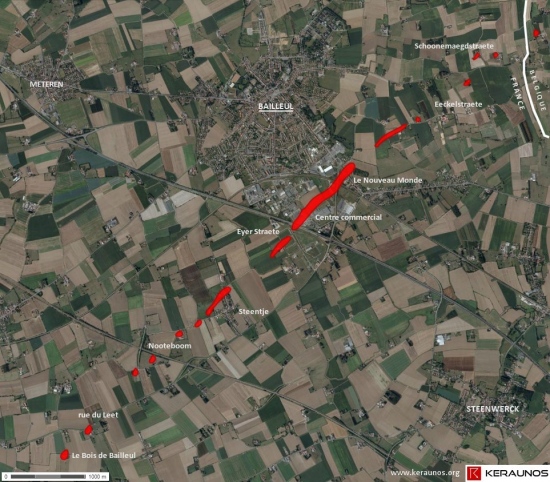 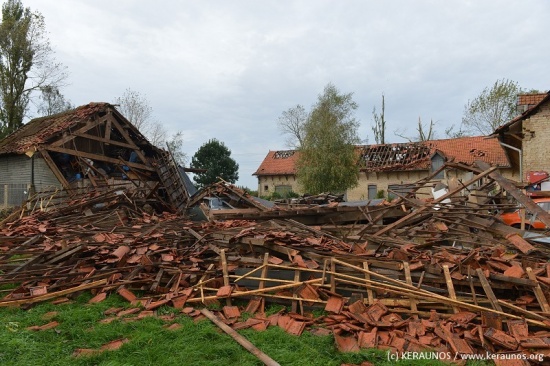 More on the Baileull EF2 tornado and the Keraunos field survey and event analysis on Keraunos.org report. 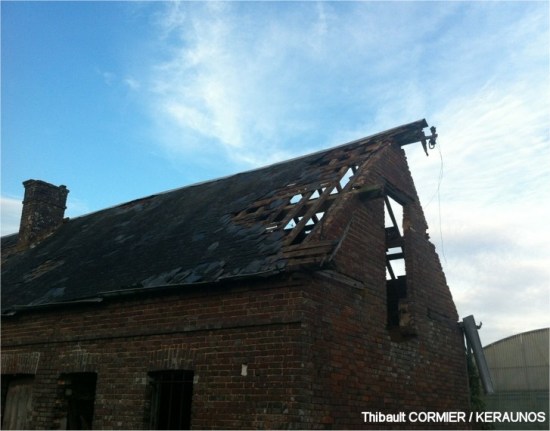 The morning Hayling Island was investigated by TORRO and assigned T2 rating.

The tornado outbreak formed on the cold front ahead of the low over the British isles. The environment was characterized by low instability (MUCAPE in the 500 – 800 J/kg range), but very high shear, exceeding 30 m/s and high helicity. In addition, very low LCLs in the 100 – 300 m range made conditions very favourable for tornadogenesis. A number of low topped tornadic supercells developed, among them at least one has been identified as a cyclic tornadic supercell, dropping possibly no less than 3 tornadoes (Keraunos.org). A more detailed environment analysis has been done by Keraunos. 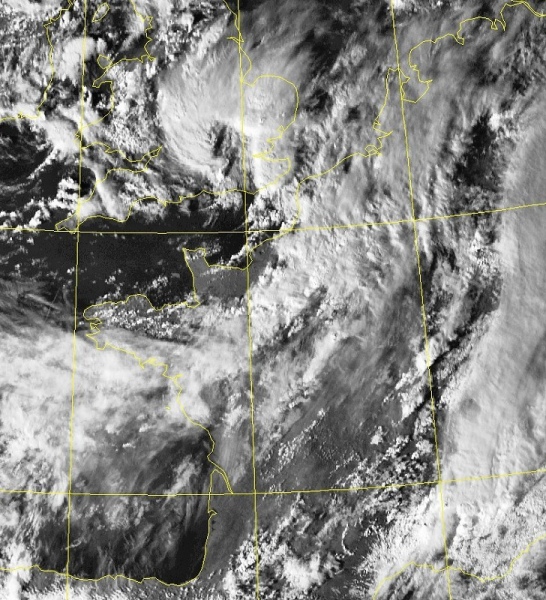 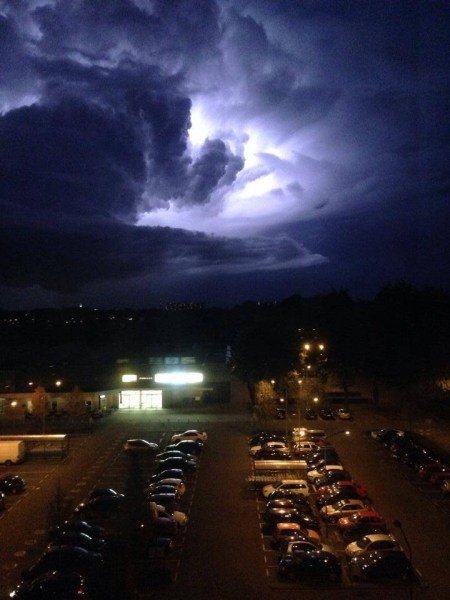 More on the north France – Benelux tornado outbreak of October 20 when more details are available. 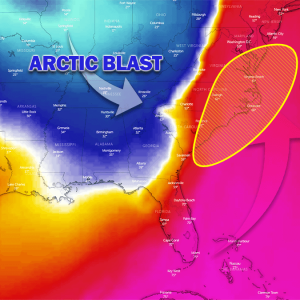 Severe weather with fast-moving tornadoes first, then a winter storm with Arctic blast heads for the East Coast on the Christmas Eve 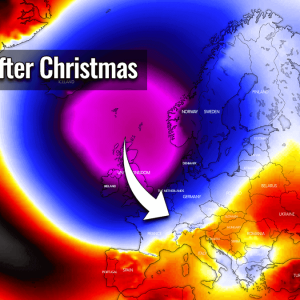