Several isolated supercells formed prefrontally in NE Veneto, Italy in the late afternoon and evening of October 10, 2013. The storms formed on a surface convergence just south of the southern Alpine flank

Conditions in E Veneto and Friuli were favourable for formation of tornadic supercells, particularly in the southern part where (backing) surface winds reached 40 – 50 km/h, sustained, and CAPE reached 1500 – 2000 J/kg, dropping off quite sharply towards the north. High low level lapse rates were present and LCLs in 300 – 500 m range. A 30 – 40 kt mid level SW jet was present. Any supercell that formed in the south of the region was expected to have a high tornadic potential.

No supercells formed in the south, all development remained confined to the less favourable area in the north, near the Alpine flank. No reports of possible tornadoes have appeared. 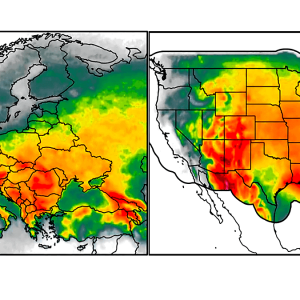 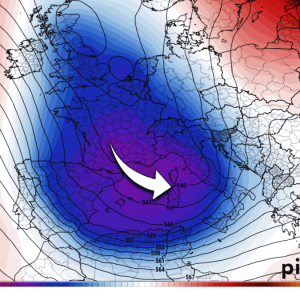