Conditions were very favourable for supercells with a strong 50 kt mid-level (500 mbar) WSW jet and a strong veering wind profile with 10-20 kt SE surface wind. With strong warm air advection from the Adriatic sea, surface temperatures in Friuli were 17-20 °C with dewpoints at 17-19 °C even at 23h local. This resulted in over 1200 J/kg CAPE locally near the coast.

Damage has been reported in the area around Loncon, Hanno Veneto and Cinta Cao Maggiore with large accumulations of hail and strong downbursts. Check Giorgio Pavan’s blog for a damage report. 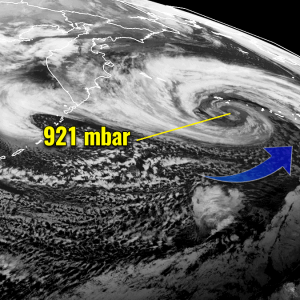