Heavy thunderstorms of October 6, 2013 caused excessive rainfall and flooding on Sicily. The general area of Palermo received from 33 to 62 mm od rainfall in several hours. Flooding caused some damage with flooded basements and cellars as well as strong traffic disruptions. The general area of Sicily and southern Italy was included in the MDT risk area of Day 1 Outlook 6/10/2013 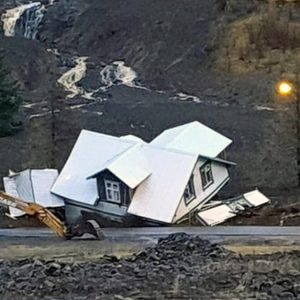 State of emergency for Seyðisfjörður, Iceland as 550+ mm of rain and landslides brought significant damage – the whole town evacuated on Friday

Latest on the major winter storm forecast over the Alps: Extreme rain and snowstorm with severe flooding and avalanches expected on Sunday