While most of the European continent is rather struggling with very warm or hot weather lately, there is a powerful warm advection underway across western Russia. Very high temperatures are being pushed into the Arctic circle!

The air mass comes from the continental warm advection of north-northwest Russia. There, a strong upper-level blocking ridge has established, with a surface high-pressure system. The air mass currently expanded over northwest Russia is an astonishing 20 or even more °C warmer than average!

Both upper level and surface high-pressure system are driving temperatures very high, exceeding 30 °C mark in many areas. We can see how the hot air mass is trapped between cooler Europe and much colder Siberia as well. 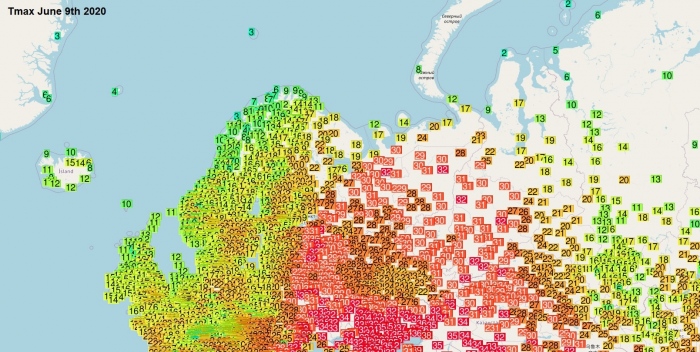 Indeed, as we can see on the attached temperatures maps, there is actually much colder across most of Europe. The only parts experiencing low to mid-30s yesterday were the far east-southeast European countries. That indicates there is rather a cold pattern over Europe in early June. But it should gradually change (read as: get warmer) in the coming days. 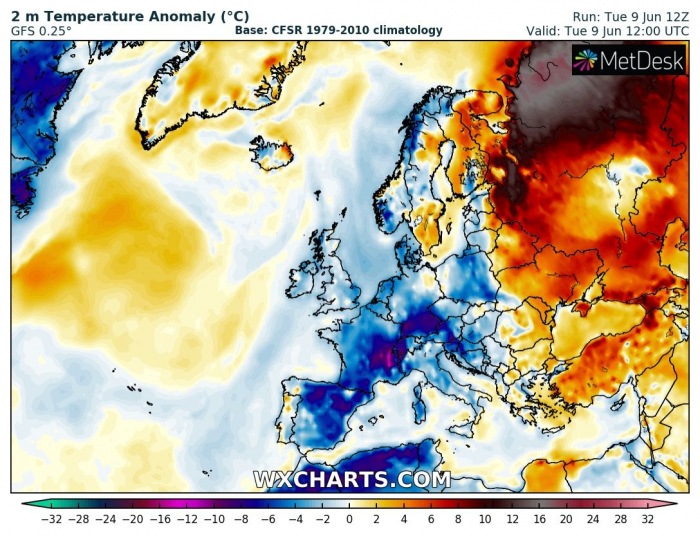 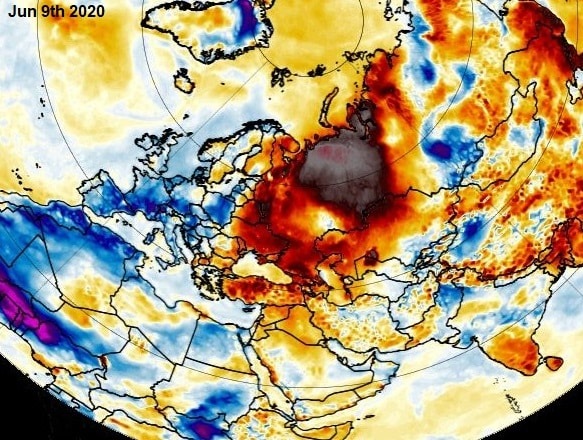 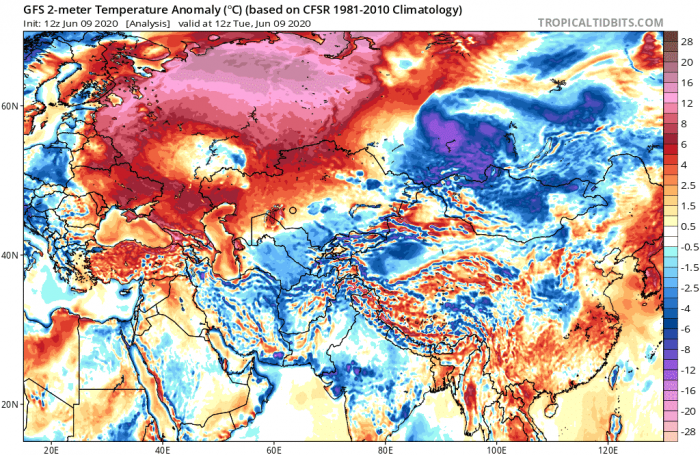 The air mass over northwest Russia will be replaced with much colder weather by tomorrow, Thursday, Jun 11th, as upper ridge collapses and trough pushes south from the Arctic region. It will actually bring temperatures below normal again. So literally from extreme heat into cold spring days.