Exceptional wind speeds are being observed within the jet stream across the north Atlantic today. This jet is related to the intense bombogenesis cyclone that has developed last night in the north Atlantic last night. Wind speeds up to almost 400 km/h are being observed at 250-300 mbar height (approx. 10000 m above the ground)! Jet streams are usually the strongest during winter months as the temperature difference between the Arctic region and the mid-latitudes is the highest.

Here is the EarthNullschool.net model analysis of the 250 mbar jet stream across the Atlantic this morning – it’s core has the average/sustained speed of 397 km/h! Earlier today, around 00 UTC the core was even stronger and wind speeds were up to 407 km/h.

An exceptional speeds are being observed within the jet stream across the north Atlantic today. This jet is related to the intense #bombogenesis cyclone. Speeds up to almost 400 km/h are observed at 250 mbar height = approx. 10000 m above the ground! Animation by Earthnullschool pic.twitter.com/SsEWQVEw2a

A morning sounding diagram reveals these exceptional wind speeds in the core of the jet stream: a sustained wind of 214 knots ( = 246 mph / 396 km/h) at around 300 mbar geopotential height. That is around 8800 meters above the ground. Attached is the sounding diagram from Gray, Maine in the northeast US. 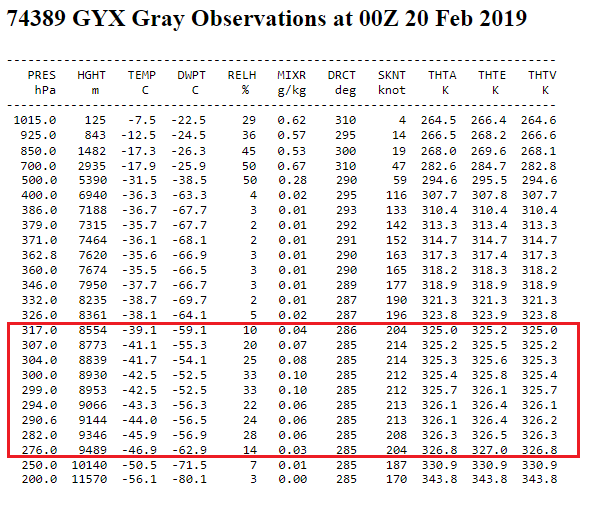 If you are traveling with an airplane through the jet stream, the speed will either be increased or decreased, depending on the direction of flight. In the most extreme jet streams, the airplane’s ground speed can significantly increase. Below is one example of a airplane (en route from Phoenix, Arizona to London, UK) traveling through the jet stream this morning – its relative speed to the ground was 774 mph or 1245 km/h! 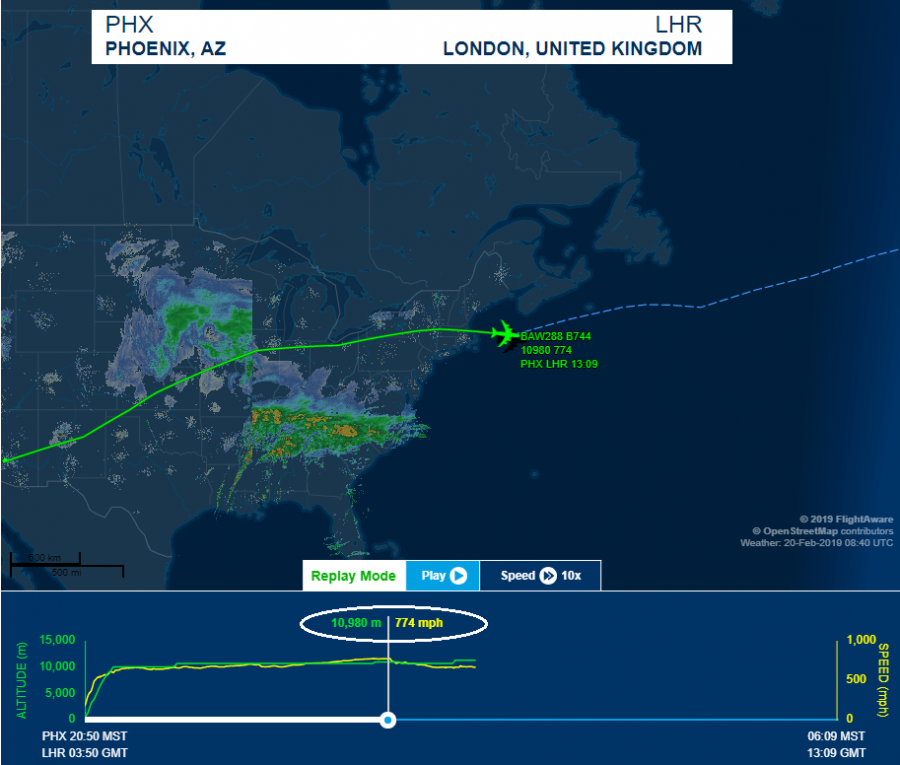 Note: ground speed is the speed an airplane has relative to a fixed point on the ground. It can be generally visualized as how quickly the plane’s shadow would move across the surface. Airspeed, on the other hand is the difference between the ground speed and the wind speed.

Next time you are flying overseas, keep this in mind why sometimes your arrival time is earlier than planned. Indeed, if you are traveling from east to west and have to cross the jet stream, a short delay could appear although airliners have some spare time in the route plans.