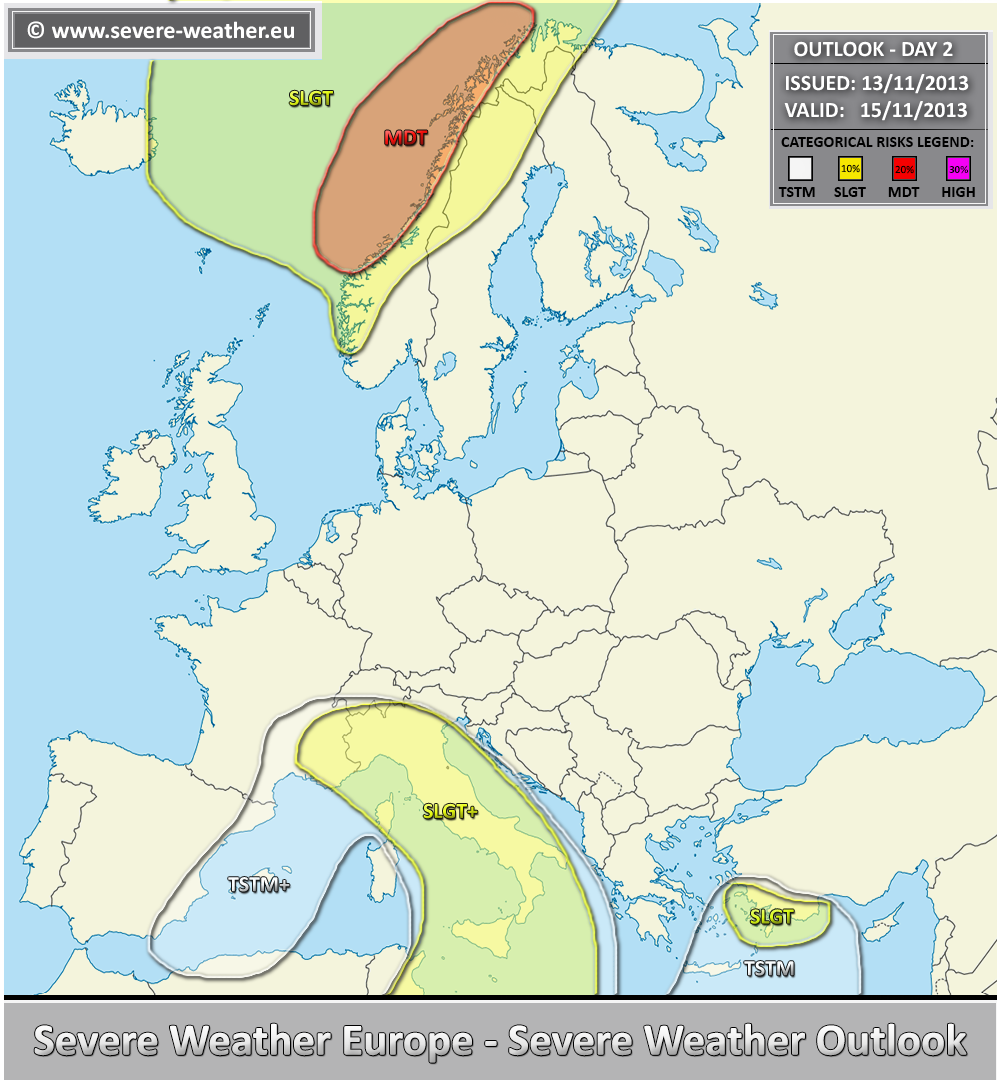 A powerful trough with an intense surface low crossing NE Atlantic and Norwegian sea. The upper trough over W Europe cuts off into an upper low while rapidly moving into SW Europe. Remnants of upper low still affect SW Turkey.

A MDT risk has been issued for Norwegian sea into western Norway with threat for very severe both convective and non-convective wind gusts. Wind gusts in excess of 120km/h are likely.

A SLGT risk has been issued for western Scandinavia across Norwegian sea and eastern Iceland with threat for severe non-convective wind gusts. SLGT risk has also been further south across SW Norway where threat for excessive rain with high accumulations are expected.

A SLGT+ has been issued for Italy and surronding areas with threat for severe winds and heavy rain. Some areas will be monitored for possible upgrade into MDT risk on DAY 1 as threat for excessive rain is in place but uncertainities exist about the coverage.

A SLGT risk has been issued for SW Turkey with threat for heavy rain, severe winds and marginal hail.

Western Mediterranean will be on the front flank of strong upper low and TSTM+ areas is places where conditions could support some severe weather. Area will be monitored for possible upgrade into SLGT risk on DAY 1.