Scattered to widespread severe storms including supercells with a threat for severe winds, tornadoes, large hail, and torrential rainfall with flash floods are expected from the Ionian Sea into Greece and the rest of southern Balkans on Wednesday. 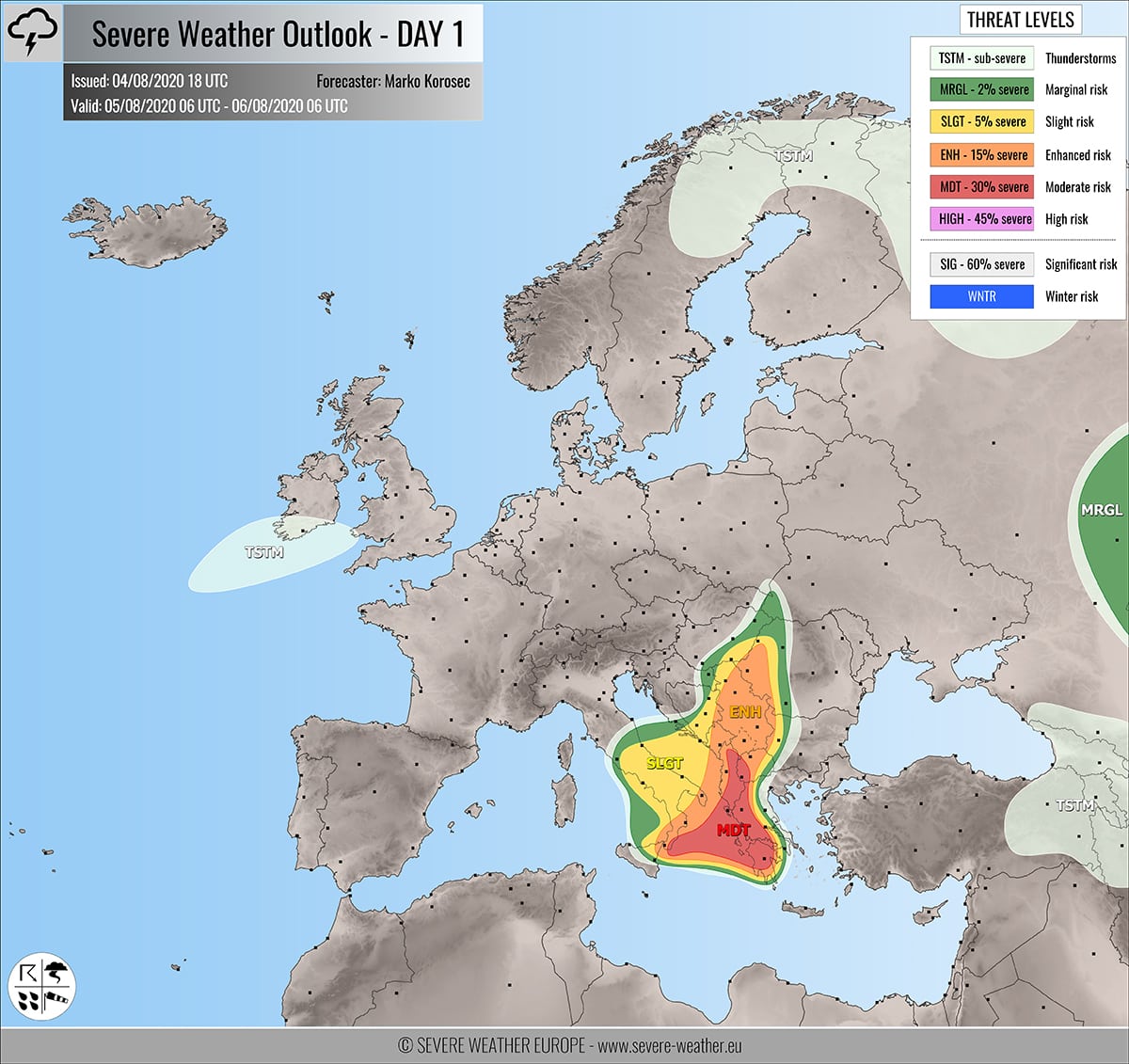 An upper low over the central Mediterranean is gradually weakening while drifting southeast towards south Italy. A very large and deep trough is establishing across the North Atlantic, centered near Iceland. In between these features, upper-level ridging is strengthening across the southwestern, central, and eastern Europe. At the surface, a frontal system associated with the upper low pushes into southern Balkans. 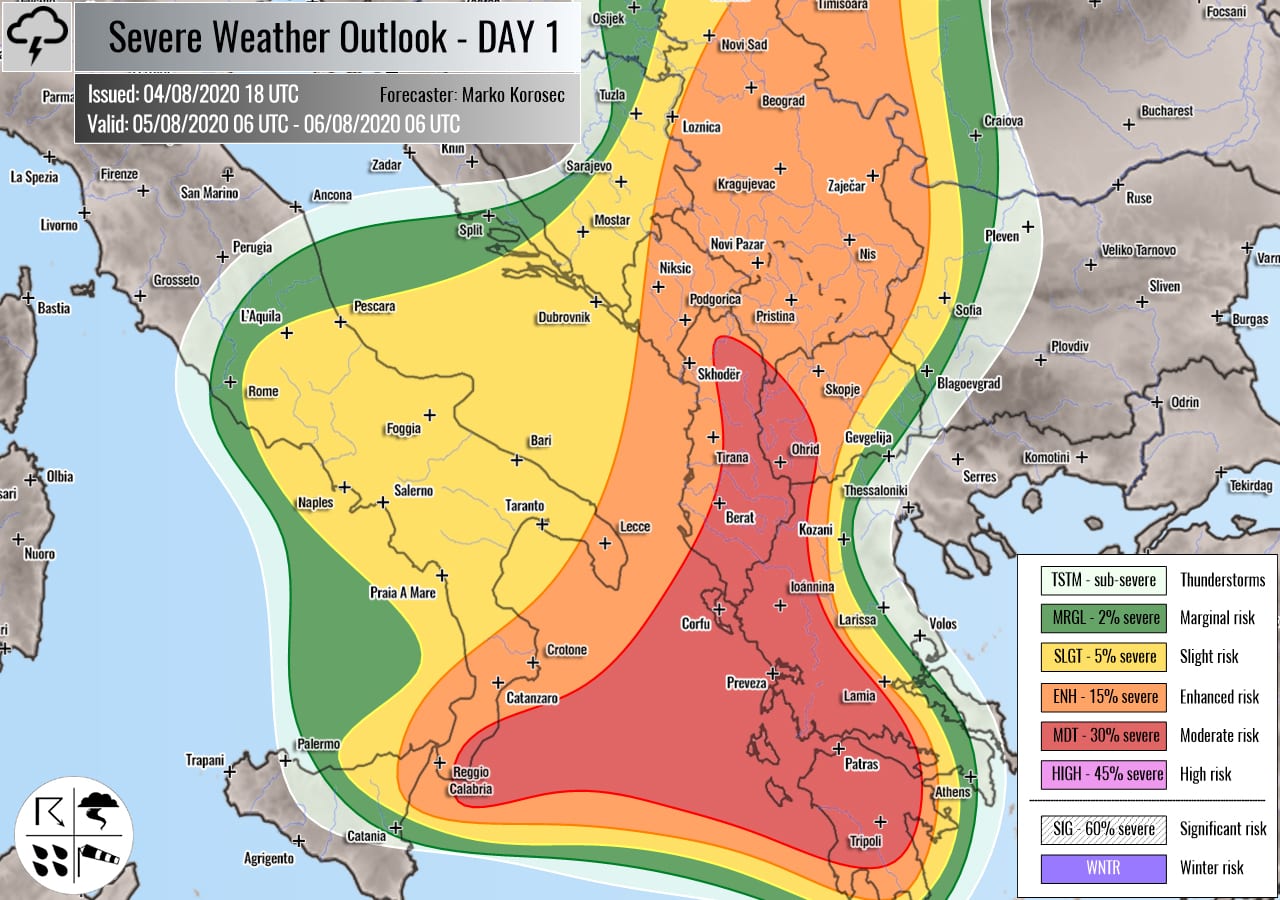 MDT risk has been issued for extreme south Italy, the western half of Greece, south-central Albania, and western North Macedonia with a threat for robust severe storms, capable of producing severe winds, tornadoes, large hail, and torrential/excessive rainfall with flash floods.

ENH/SLGT risks have been issued for areas surrounding the MDT risk area including south-central Italy, Bosnia and Herzegovina, Serbia, and Romania Hungary with a threat for severe winds, large hail, and torrential rainfall.

Scattered to widespread organized severe storms are expected to continue along with the southeastward drifting frontal system from south-central Italy into the southern Balkans.

A strongly unstable air mass is spread across the Ionian Sea and western Greece, with more than 2500 J/kg of MLCAPE locally, decaying inland into central Balkans. A moderate deep-layer shear of around 35-40 knots is overlapped with the instability.

Supercell storms are again likely to develop with the main threats as torrential rainfall with flash floods, large hail, and severe winds. Flash floods threat will be most pronounced especially along with the higher topography of western Greece. Training cells are possible as well, introducing high amounts of rainfall in short periof of time locally.

Again, a rather strong southeasterly low-level flow across the Ionian Sea should enhance the tornadic threat, given the quite strong helicity and low-level shear along the coast of western Greece and towards southwestern Albania.

Storms will also merge into clusters during the afternoon and evening hours across the southern Balkan peninsula, moving southeast with the main front.

TSTM risk areas have been placed across Lapland, east Turkey into Georgia and across southern Ireland where some storms are likely to occur but should remain sub-severe.