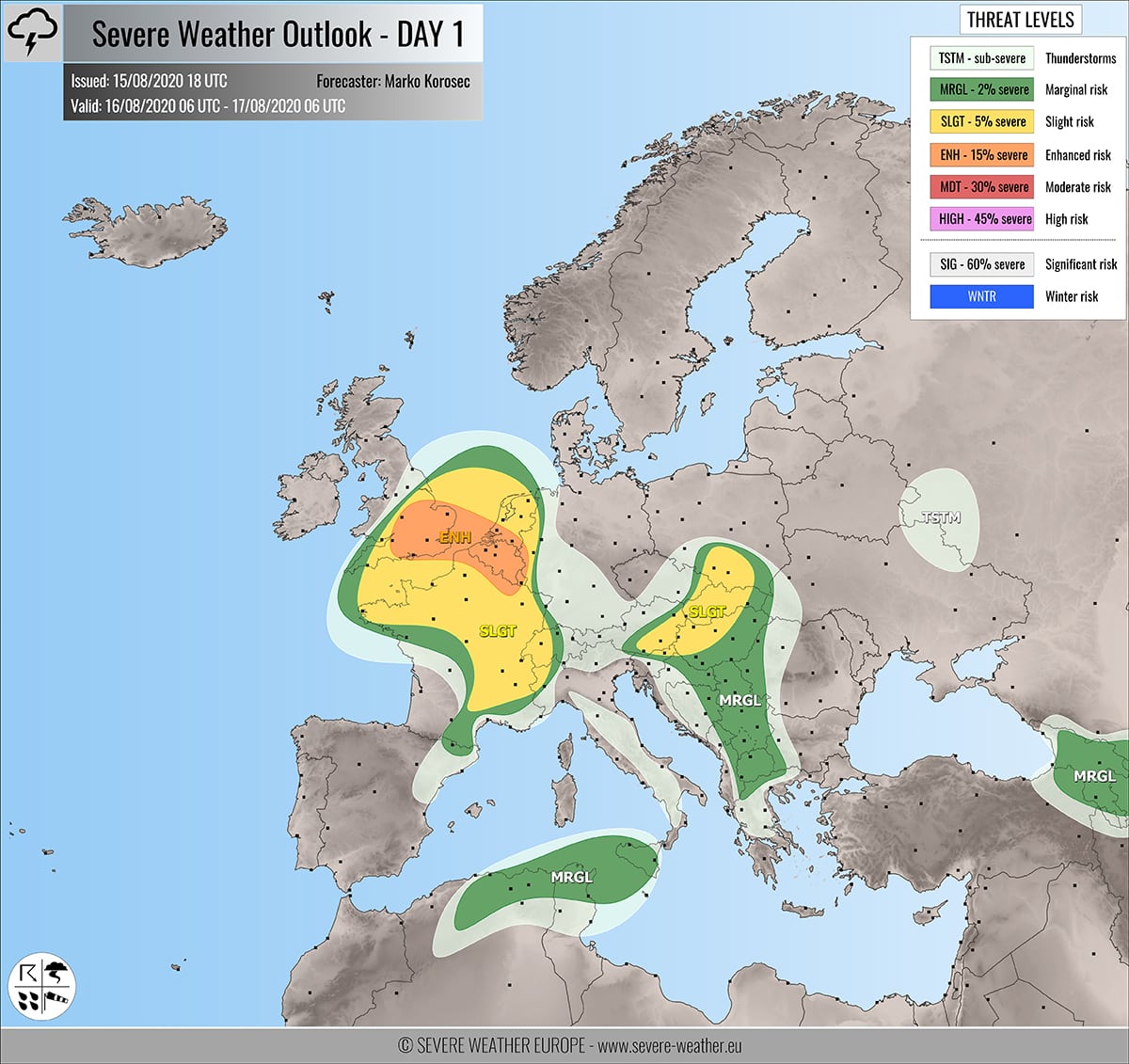 An upper ridge persists over the North Atlantic and expanding into northern Europe. To its west, a new low is deepening and moving south. A deep low over northern Scandinavia is gradually weakening and ejects into the Arctics. A shallow upper low is rotating over Slovakia and Czechia. Short-wave moves into the eastern Black Sea region.

+++ England, France, Belgium and the Netherlands +++ 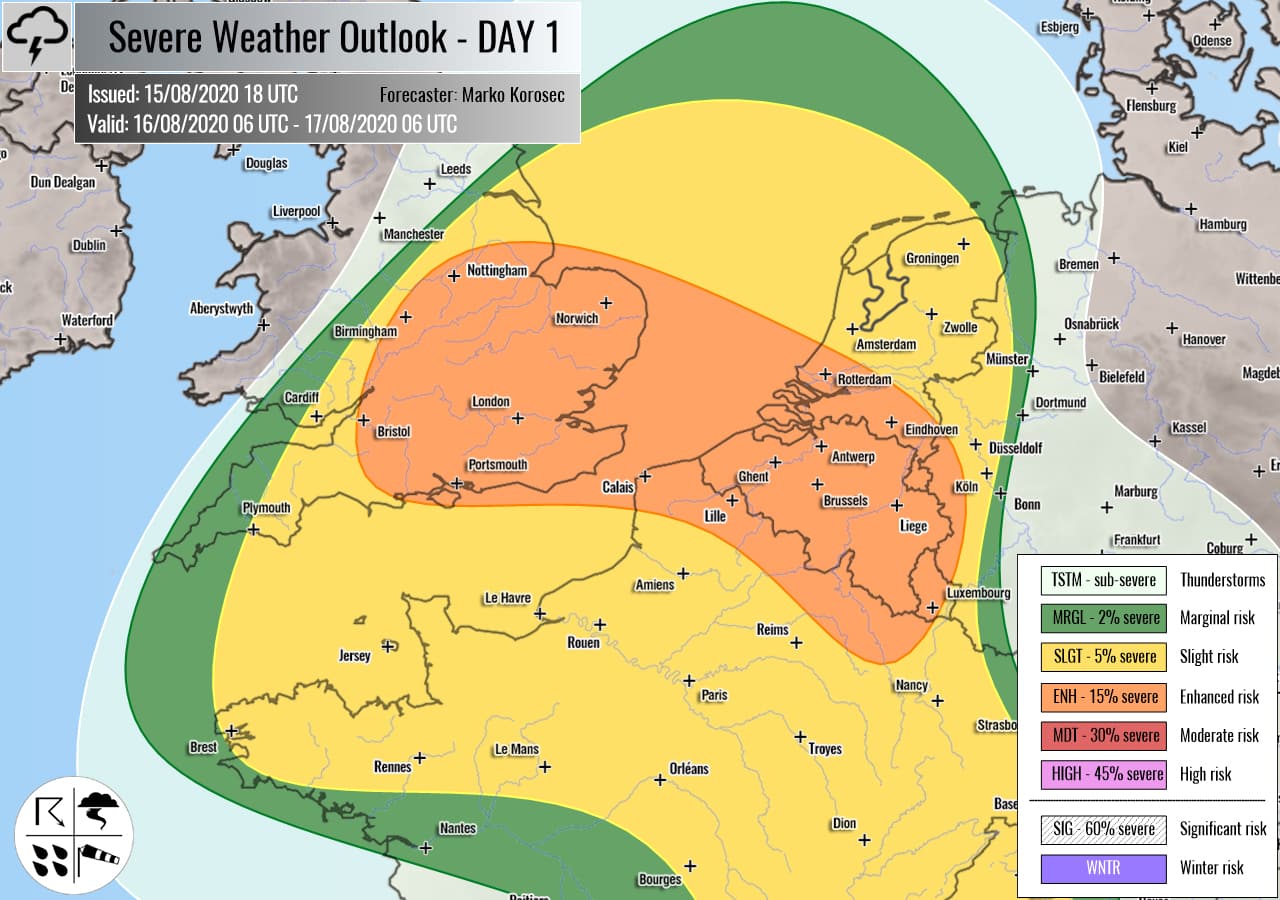 ENH/SLGT risks have been issued for England into northeast France, Belgium, western Germany, and the Netherlands with a threat for severe storms, capable of producing large hail, severe winds, and torrential rainfall with flash floods.

A rather well-defined surface front races north-northeast during the afternoon and evening hours, being the main focus for organized storms. Quite strong instability is likely to build up ahead of the front, while shear around 25-40 knots is present.

This should allow organized storms to form along the front, including intense multicells and a few discrete supercells. Large hail and severe winds will be possible, but also torrential rainfall and locally flash floods threat. As shear and frontal boundary are almost parallel, storms could maintain over the same areas for a longer period and bring lots of rain.

Further south across France, storms could be severe but should be more isolated in nature due to lack of instability and upper-level forcing. Those could potentially bring some marginal hail and heavy rainfall. SLGT risk has been extended into northwest France where lots of rain is possible on the wake of surface low. 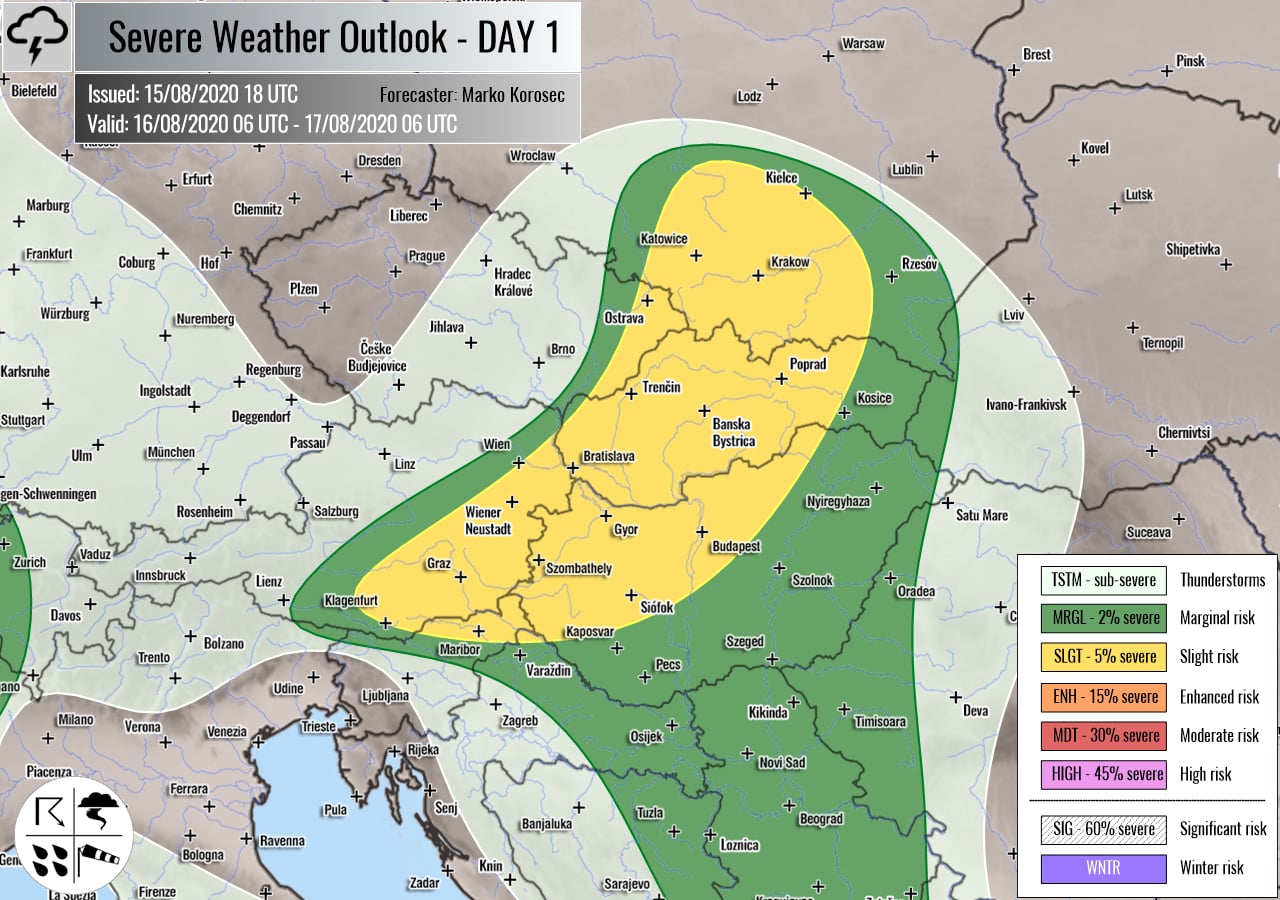 Another weak upper low will be the main focus for a rather widespread convective activity. Moderate CAPE builds up under very low shear. Storms are expected to form over local topography features with torrential rainfall and flooding threat.

Weak capping should allow storms to start by early afternoon. Small storm clusters are possible, producing locally lots of rain and flash floods threat due to their slow-moving nature. Storms could continue into the evening and night hours. 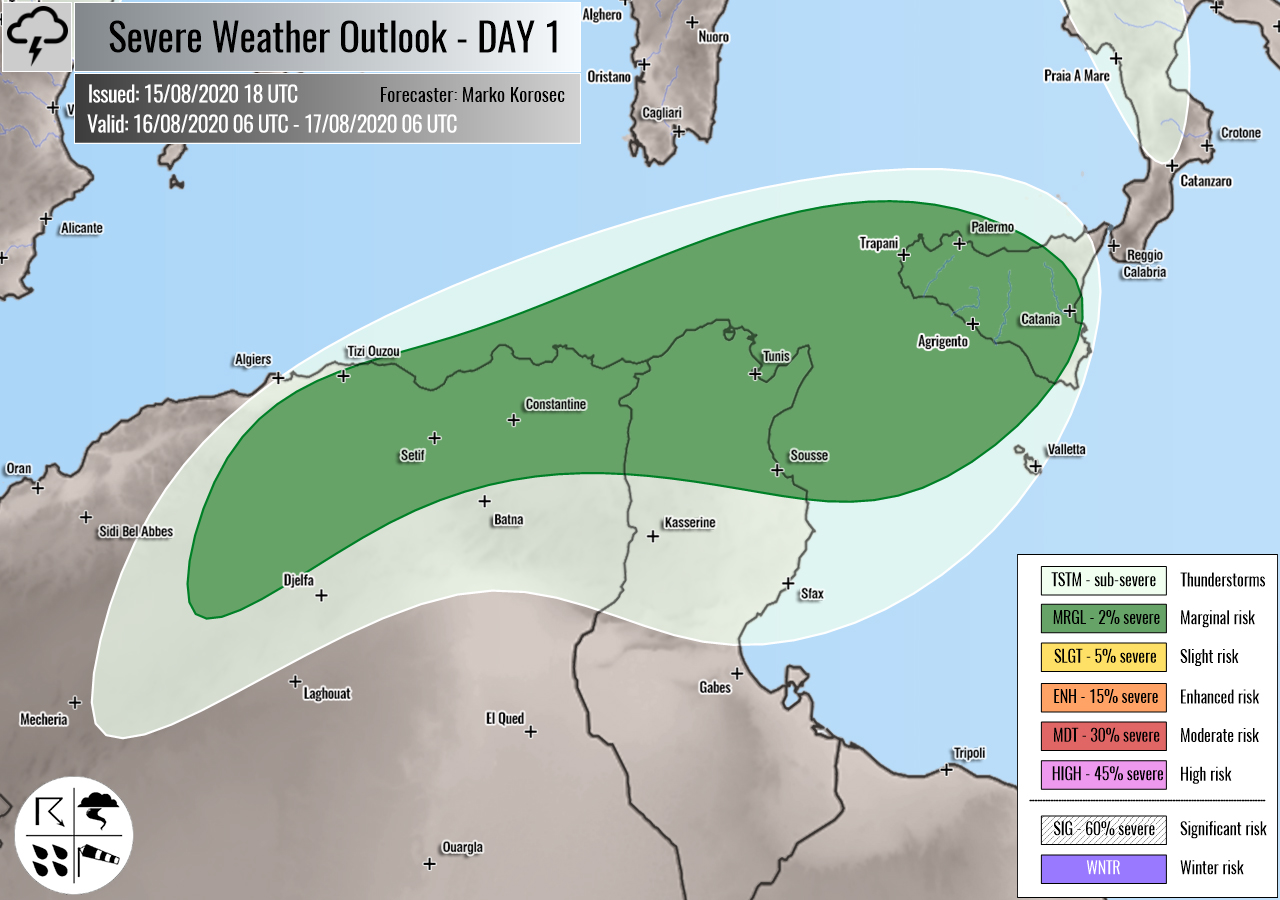 MRGL risks have been issued for northern Algeria into northern Tunisia and Sicily, south-central Balkans, and Georgia with a threat for isolated severe storms with large hail, torrential rainfall with flash floods, and severe winds.

Moderate shear and strong instability bring another day with isolated threat for a few supercells over Algeria and Tunisia, those could even reach Sicily.

More slow-moving storms are expected over the Balkans, with primarily a flash floods threat. High rainfall sums are possible.

A short-wave passage over Georgia and surroundings could bring a few strong to severe storms, fueled by weakly to moderately unstable air mass and shear.

TSTM risk areas have been placed across northeast Ukraine into western Russia, Italy and the Alps with a threat for daytime driven storms. Limited shear is present, so the storms should remain sub-severe.

Share on TwitterShare on RedditShare on FacebookShare on PinterestShare on WhatsApp
The Amazon rainforest is being set on fire, with wildfire smoke circulating the hemisphere
← Previous
Destructive derecho hit Midwest, US - Iowa damage size of nearly 70% of Ireland
Next →
Comments are closed.