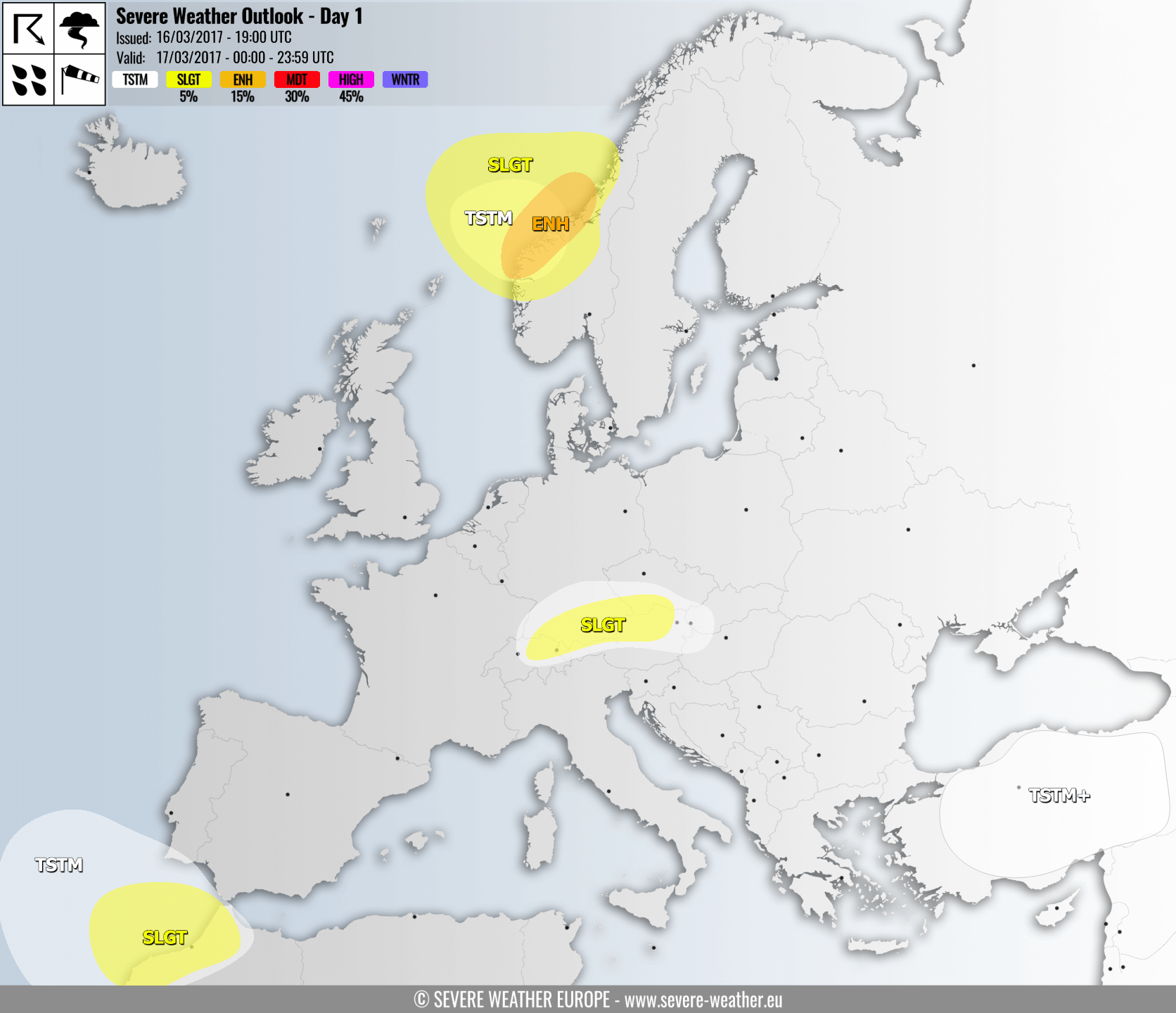 South-central Europe remains under a gradually weakening ridge while north Europe is dominated by large long-wave trough and deep cyclone ejecting from Norwegian sea into Scandinavia. Surface cold front pushes across central Europe towards the Alps and will be the focus for isolated convective activity in the afternoon. Upper low over E Balkan merges with weak low over Turkey and brings another day of convective activity there.

ENH/SLGT have been issued for west-central Norway and coastal areas with threat for severe to extremely severe winds, locally in excess of 130 km/h. Threat will be limited to the first half of the day as cyclone diminishes and moves inland into Norway.

A SLGT risk has been issued for NW Morocco with threat for isolated severe storms with large to very large hail, torrential rainfall and severe winds. 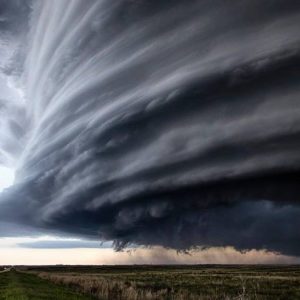