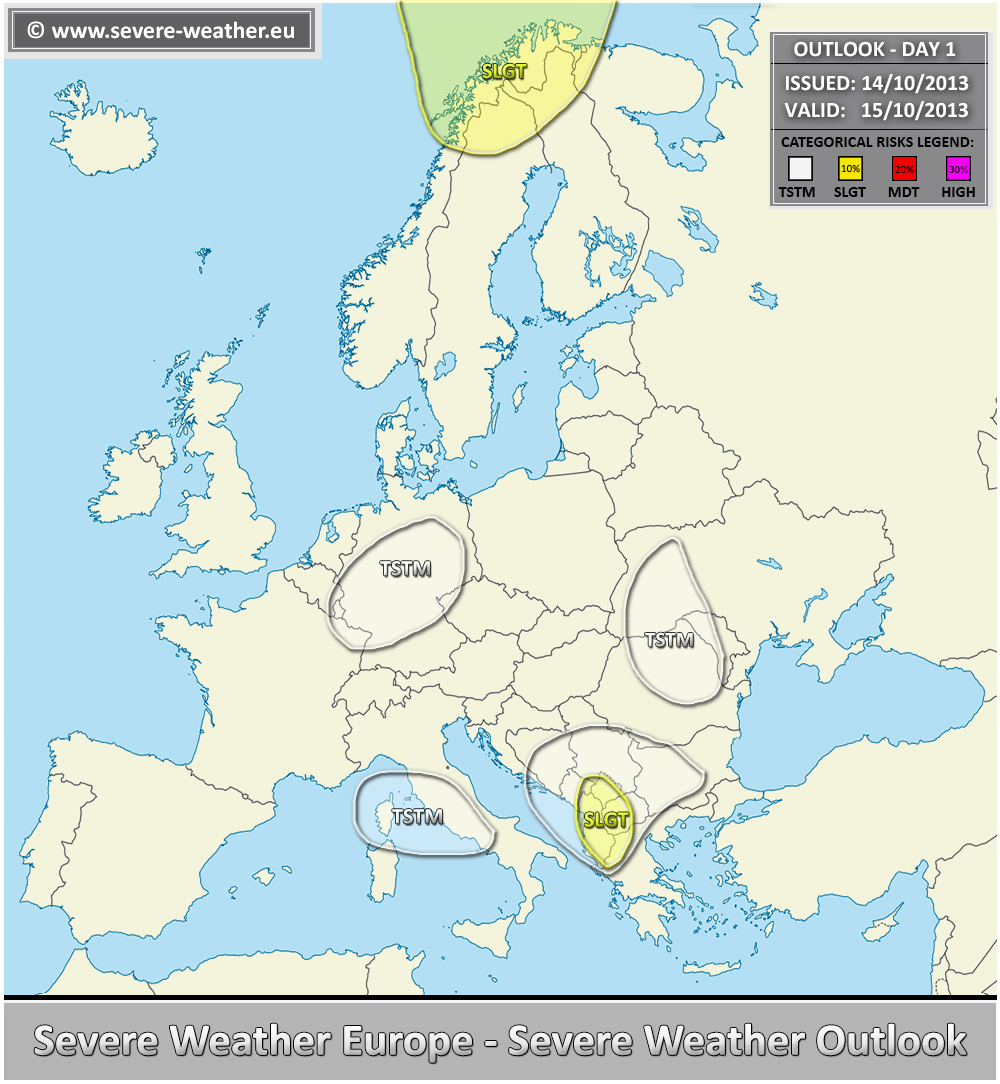 A SLGT risk has been issued for Albania and surrounding areas with threat for excessive rain and some large hail.

A SLGT risk has been issued for northern Scandinavia with threat for strong, mostly non-convective winds.

South-central Germany will receive some excessive rain, but too limited instability forecasted to warrant a SLGT risk attm. Some storms with heavy rain and strong winds could still be possible.