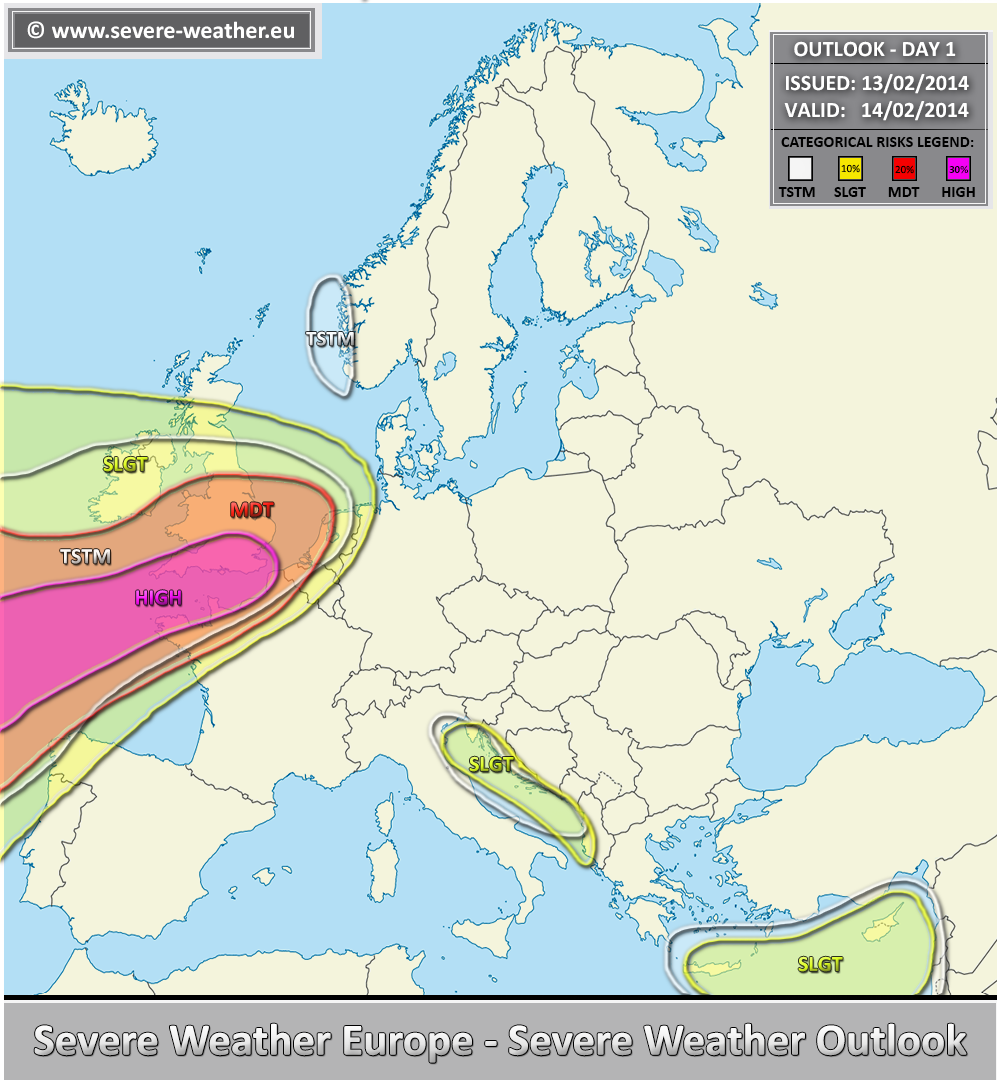 A deep trough centered over NE Europe and E Atlantic with a strong depression is entering the British Isles from the southwest. This will enhance severe wind / heavy rain threat for the region on Friday.

A HIGH risk has been issued for S UK, English Channel, extreme N-NW France and towards the open waters of the eastern Atlantic with threat for extremely severe and potentially damaging both convective and non-convective severe winds, tornadoes and heavy excessive rainfall. Conditions are supporting potential for some severe storms as well, given the very strong forcing, a few hundreds J/kg of instability and extreme shear overlaping over the region. Some tornadoes could be strong. Areas included in the HIGH risk will be exposed to a very dangerous weather situation as extremely severe wind gusts well in excess of 140-150 km/h are very likely to occur, supporting high waves up to 15 metres as well.

Surrounding the HIGH risk, a MDT/SLGT risks has been issued with threat for severe winds and excessive rainfall over S-CNTRL UK and NW Iberia.

A SLGT risk has been issued for the eastern coast of the Adriatic sea with threat for excessive rainfall, strong winds and isolated waterspouts.

A SLGT risk has been issued for the extreme eastern Mediterranean with threat for excessive rainfall, strong winds and isolated waterspouts.

Share on TwitterShare on RedditShare on FacebookShare on PinterestShare on WhatsApp
Windstorm Xaver: a reminder - Windstorm Christian (St Jude) recap in facts and pictures
← Previous
Outlook day 1 (valid: 15/02/2014)
Next →
Comments are closed.