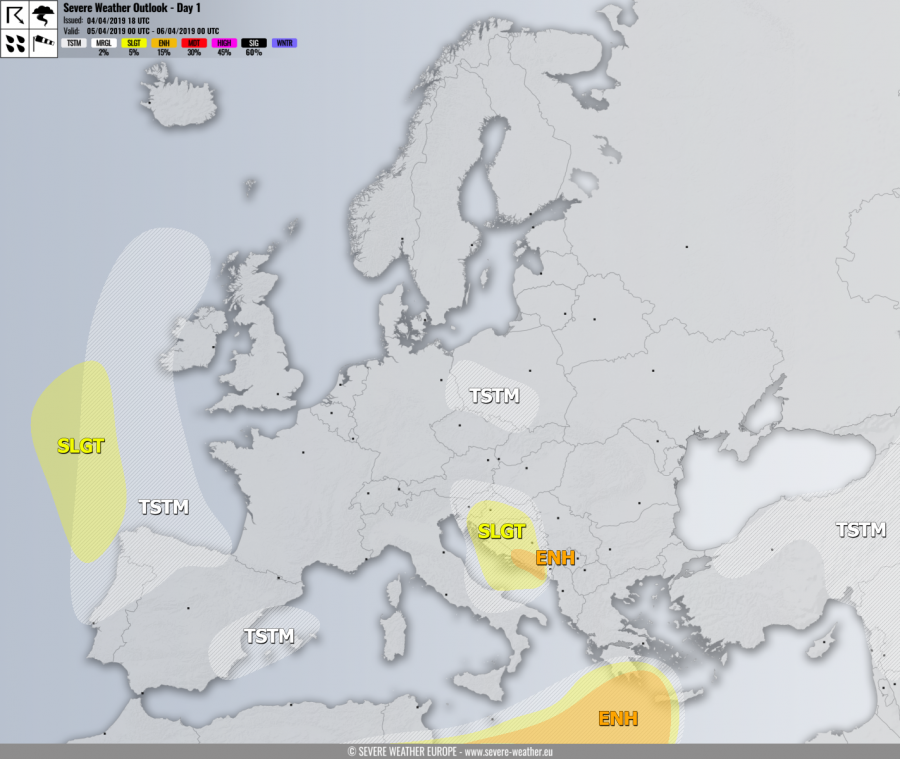 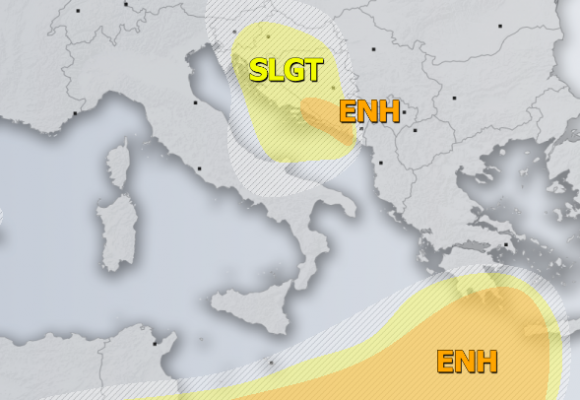 ENH / SLGT risks have been issued for south Mediterranean into extreme S Greece and Crete island with threat for severe storms, capable of producing intense rainfall, severe winds and large hail. Some tornado threat should exist across the eastern half of the ENH risk area where strong backing near-surface winds support higher helicity and low-level shear.

ENH risk has been issued for S Bosnia & Herzegovina with threat for excessive rainfall, resulting both from convective and orographic precipitation. Locally more than 150 mm is possible and local flash floods.

SLGT risk has been issued for W Balkan peninsula into central Adriatic sea with threat for severe storms along the eastwards moving cold front. Despite a quite strong shear available, low instability should limit the higher severe threat. 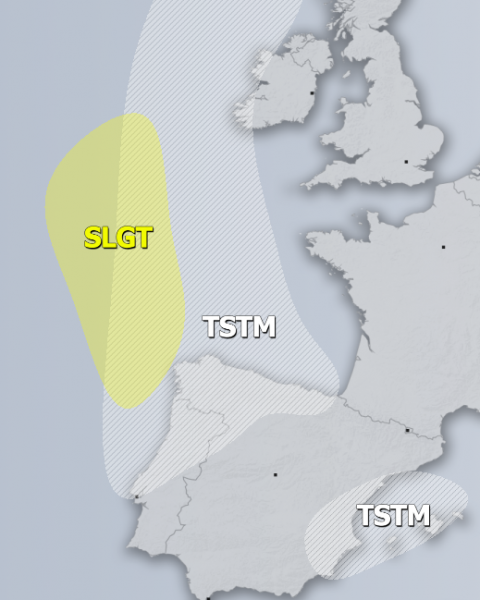 SLGT risk has been issued for W parts of the Bay of Biscay with threat for severe winds in excess of 90 km/h.