Another round of severe thunderstorms is expected today, produced by the same shortwave trough that produced intense thunderstorms over Germany and Czech Republic yesterday and last night. 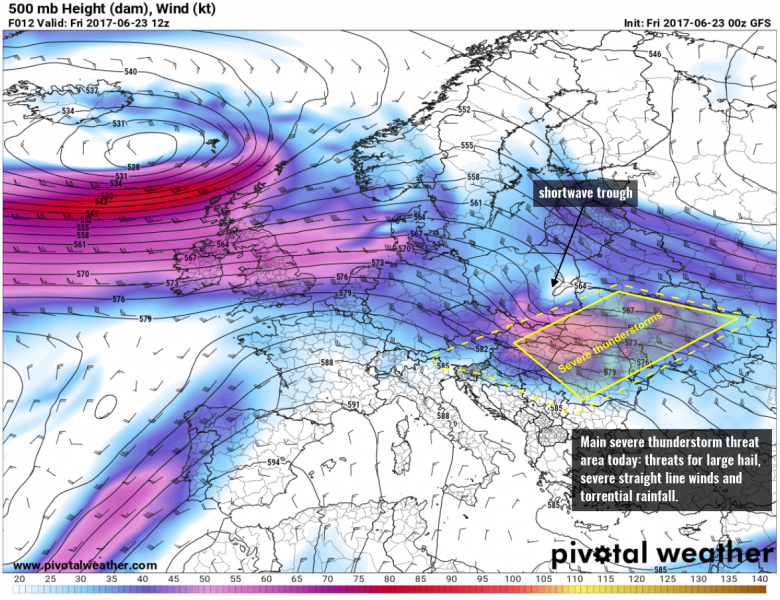 A short wave trough races across E Europe today, crossing an area of warm, humid air, setting the stage for another round of severe thunderstorms. Moderate to high instability will build up in parts of CNTRL-E Europe, with up to 2000-3000 J/kg MLCAPE. A northwesterly 40-50 kt mid-level (500 mbar) jet overspreads the region. Surface winds are mostly westerly to southwesterly, producing limited veering and relatively straight hodographs. While deep-layer shear will reach 30-50 kt, SREH3 is limited to mostly 100-150 m2/s2. Expect storms organizing in lines, with some embedded supercells. Better helicity will be available in the eastern part of the threat area and locally, where terrain will induce a better backing flow.

As of right now (7:20 UTC), a QLCS is already crossing into northern Romania, with a significant potential for severe straight line winds, as well as intense rainfall and large hail. 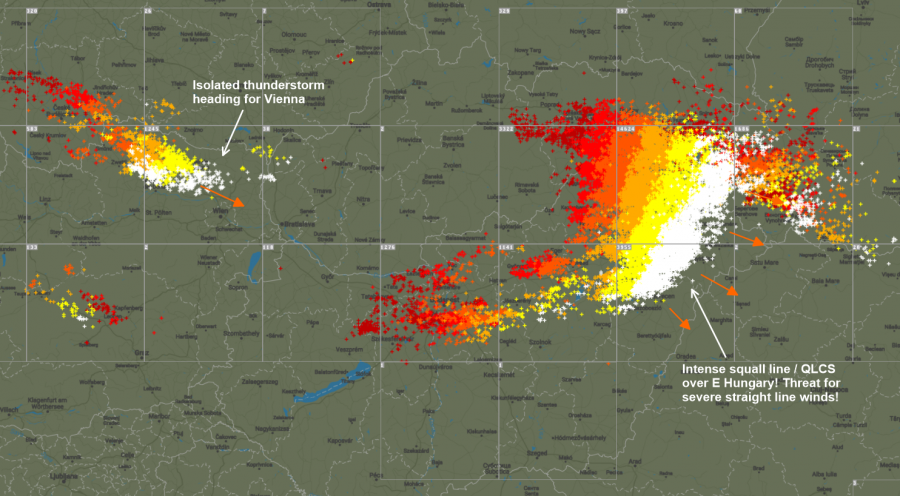 Expect severe thunderstorms with threats for severe straight line winds, large hail and torrential rainfall. The main threat zone will be across Hungary, Romania, Moldova and parts of Ukraine and Belarus. The threat area with lower storm coverage extends across the Alpine region into Austria and Slovenia and into the Pannonian Basin, including E Croatia and N Serbia as well.

We will be providing updates during the day.

The same shortwave trough produced a severe weather outbreak across Germany yesterday (June 22). Check out the Gallery of reports!

Share on TwitterShare on RedditShare on FacebookShare on WhatsApp
Severe thunderstorm outbreak in Germany - June 22, 2017
← Previous
Heat wave over SW-S-SE Europe continues: outlook for Friday, June 23
Next →
Comments are closed.