Numerous storms have initiated along the surface frontal boundary crossing France from west to east. Favourable upper-level forcing with moderate instability and high shear in place resulted in rapid storm development across the MDT risk area of DAY 1 Outlook for 22/10/2013. Storms will continue forming NE-wards across the region towards the western Germany, acting mainly as convective line with embedded supercells with heavy rain, severe wind and tornado threat.

Storms along the cold front visible on French radar. Meteox.com

High number of lightning strikes on these storms. Source: Blitzortung.org

Additional storms are also ongoing across the NW France where another wave is crossing the area, a SLGT risk area of DAY 1 Outlook for 22/10/2013 has been asigned for these areas, as well as towards southern UK. Storms could produce some strong to severe winds or even a tornado or two. 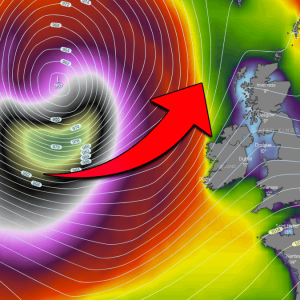