Powerful cyclone Phailin about to make landfall in India

Cyclone Phailin is forecast to hit the coast between Kalingapatnam and Paradip late on Saturday with a maximum wind speed of 220 km/h, the India Meteorological Department (IMD) said in its latest bulletin. 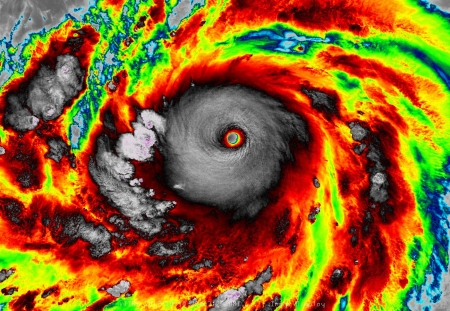 However, both London-based Tropical Storm Centre and the US navy’s Joint Typhoon Warning Centre forecast winds reaching 315 km/h on landfall, classifying Phailin as a category 5 storm (the strongest category).

Phailin is already worse than what the IMD is forecasting. A recent satellite estimate put Phailin’s current intensity on par with 2005’s Hurricane Katrina in the United States. That would mean Phailin could be the strongest cyclone ever measured in the Indian Ocean.

Waters over the Bay of Bengal are exceptionally warm right now (above 28°C), which is the generally agreed upon threshold above which rapid intensification of tropical cyclones is most likely. NOAA/NESDIS geo polar SST analysis and tropical cyclone heat potential (showing areas with best ocean conditions for tropical cyclones).

While strengthening, the storm has grown to nearly half the size of India. Should the storm maintain its current strength (or strengthen even further) India could be facing a true catastrophe. A worst case scenario would have Phailin tracking slightly eastward of its current forecasted track, toward the Ganges Delta of Bangladesh, which is home to tens of millions of people living just a few meters above sea level. 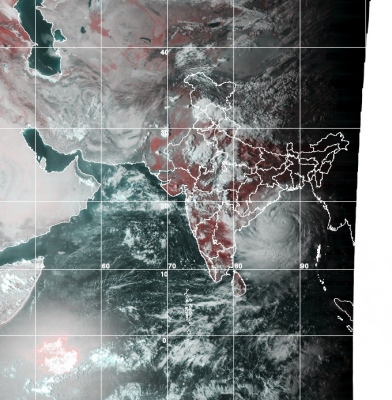 Atlantic hurricane season soon at its official end, but a new Subtropical storm Kappa could form near the Azores by Monday