Numerous storms under the large upper trough over the E Atlantic – Oct 19, 13:00 UTC

Numerous showers and thunderstorms are on going under the large long-wave trough slowly approaching western Europe today. A cold front is extending from the low centered over eastern Atlantic just west of UK, crosing UK, extreme W France into W Iberian peninsula. As seen on the latest satellite imagery scans, storms are firing over southern UK, NW France and SW Iberia as well. Here is a radar scan of storms over NW France: 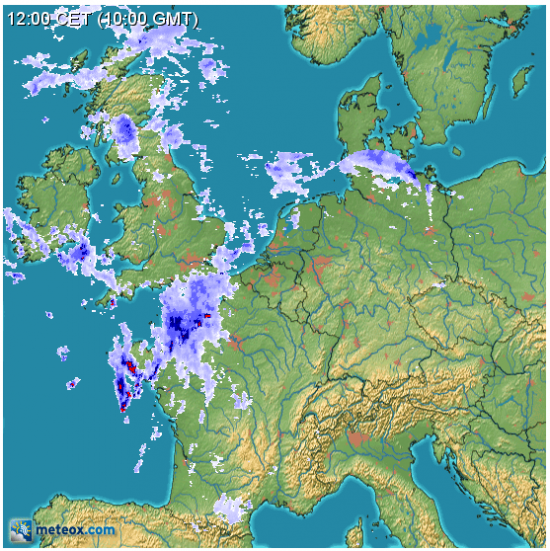 The frontal boundary is crossing southern Iberia today, where Portugal radar showing some stronger storms forming along it, as well as seen on the visible satellite imagery. These storms could bring some heavy rain and strong winds. Area in included in the general area for TSTM risk area issued on DAY 1 outlook for 19/10/2013.

Looking widely over western Europe, satellite image is showing a rather impressive area of numerous low-topped storms over the eastern Atlantic, as relatively cold mid-level temperatures overspreaded the still warm SST of Atlantic ocean, which resulted in storms to easily forming. Threat for heavy rain and strong winds should continue through the day while spreading into western Europe towards and across the TSTM/SLGT risk areas issued on DAY 1 outlook for 19/10/2013.

Lightning activity of the storms over open seas. Source: Blitzortung.org 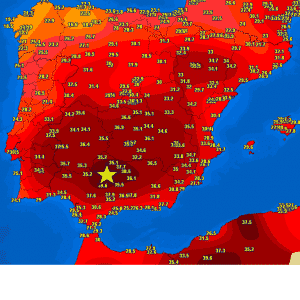