Across the western Netherlands, included in the SLGT risk for Day 1 Outlook for 13/10/2013, high rainfall accumulation occured as surface low was maintaining its position just west of the Netherlands during the day. Some flooding was reported as well. Rather impressive values for the region are written below:

Based on upper table data, here is the map of measured rainfall across the country: 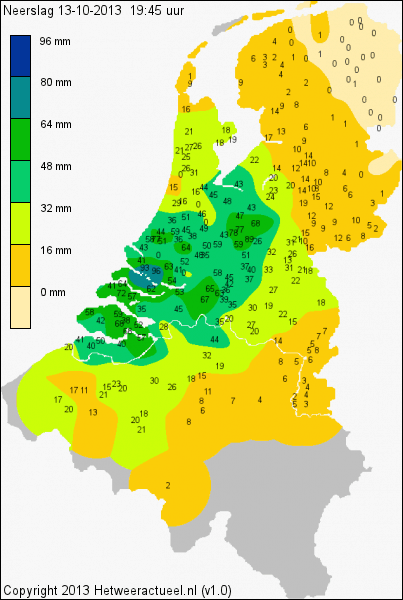 Here is a image of radar estimated rainfall accumulation for today: 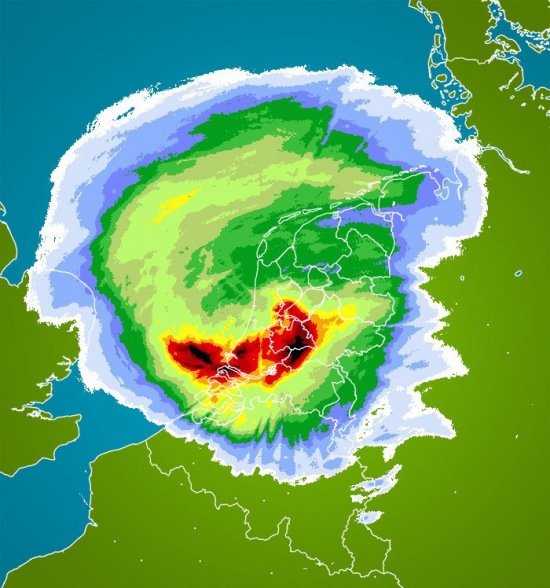 Strong wind gusts were reported, peaking up to 85 km/h along the coast and exceeding 100 km/h around the center of the cyclone.

Share on TwitterShare on RedditShare on FacebookShare on PinterestShare on WhatsApp
Waterspout off Lignano coast, NE Italy - Sept 28, 2013
← Previous
Severe weather with supercells, large hail and excessive precipitation in Sicily - October 11, 2013
Next →
Comments are closed.