Several rounds of multicell clusters have been ongoing through the day in southern Italy, precisely in the Puglia region which was included in MDT risk area of Day 1 Outlook 7/10/2013 for severe weather threat today. Here are several 24-hour rainfall accumulations in Puglia region:

In the last hours, looks like another round of storms is slowly merging towards Puglia this evening, radar/lightning imagery showing a slowly northward moving storm cluster with additional heavy rain/flash floods threat over the same areas that received large amount of rainfall earlier today. 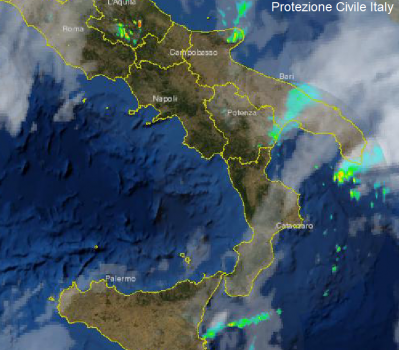 More rather stationary storms are forming under the cold core upper low rotating over Sardinia and Corsica, these storms should produce a few waterspouts within steep LL lapse rates and moderate instability. 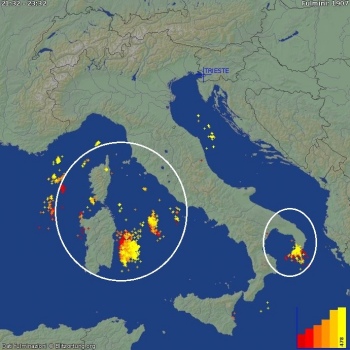 Follow the ongoing storms on satellite and Italy radar pages. 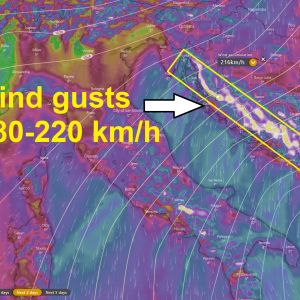 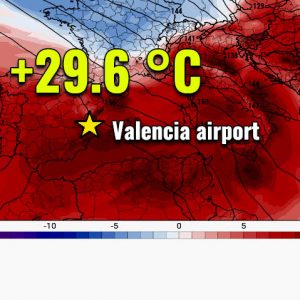 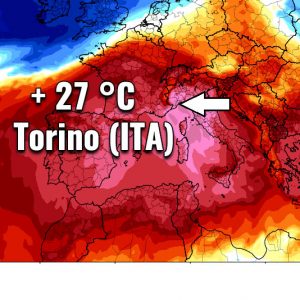