An intense sting jet developed within the cyclone, hitting Brittany with hurricane force winds, gusting up to nearly 200 km/h!

Top gusts in the area were: 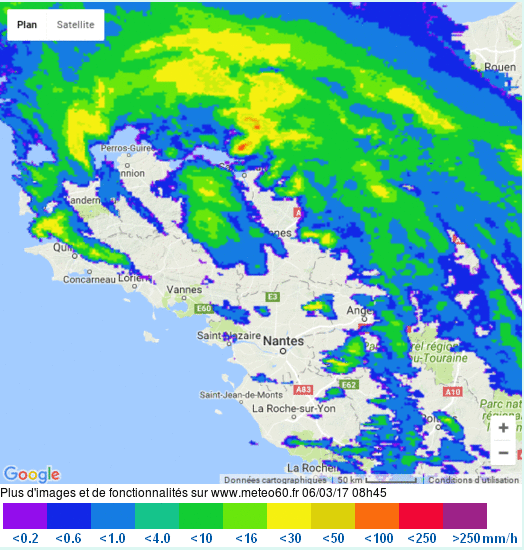 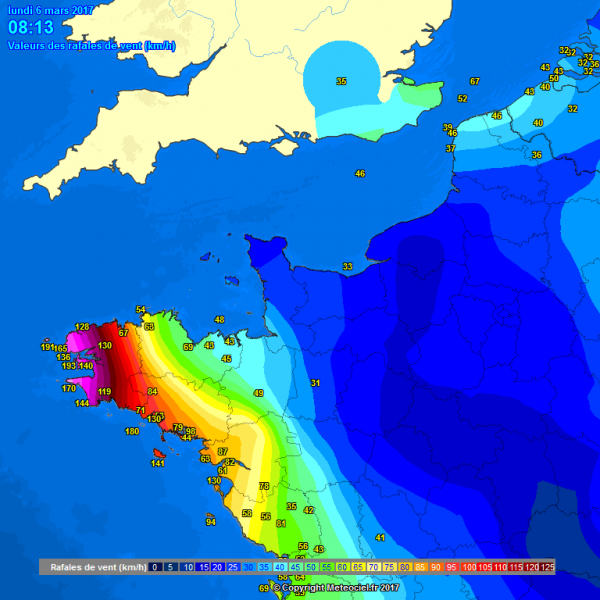 The system moved across France during the day and intensified as it entered the northern Mediterranean. Top gusts on the coast of the Mediterranean in extreme NE Spain, S-SE France and Corsica reached 130+ km/h at numerous locations.

The system also produced an intense cluster of thunderstorms across Tuscany in the evening: 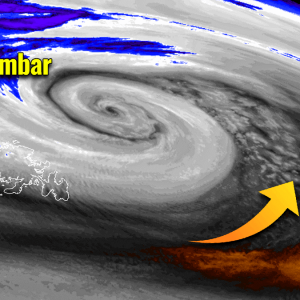