The Lyrid meteor shower peaks tonight. At its best, skywatchers under dark skies far from city lights and urban light pollution can expect 10 to 15 meteors per hour. The meteors will appear to radiate from a point halfway between the constellations of Hercules and Lyra. The best time to observe the meteor shower is between midnight and moonrise at about 2 am. After that the last Quarter moon will brighten the sky, reducing the number of meteors.

You will need no special equipment to view the Lyrids. Bring a reclining chair and face up in the sky. Bring your camera too! Set the aperture to its widest, select a high ISO value and expose for several tens of seconds. With a bit of luck you will soon catch a meteor!

The Lyrid meteor shower is also known for several strong outbursts, the strongest of which was in 1803. At its peak it reached 1000 meteors per hour, a borderline meteor storm! No such enhancements in activity are expected this year.

Good luck with your observations of the Lyrids. Feel free to submit any photos of Lyrids you may catch. 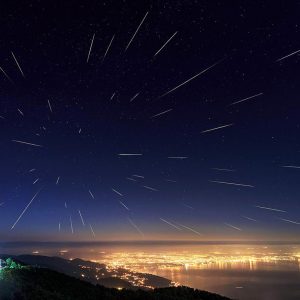 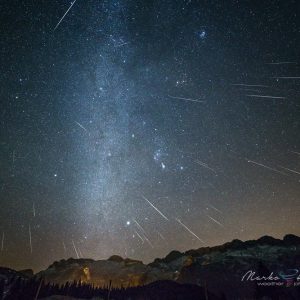