Windy week ahead for the British Isles and Ireland: three deep lows to impact the area

The British Isles and Ireland are in for a lot of windy weather and locally quite a fair amount of rain this week, as no less than three deep lows are expected to pass over the region. The first is the ex-hurricane Helene, which looks comparatively mild, but the other two look potentially very strong with storm to potentially hurricane force winds. We take a closer look.

Ex-hurricane (post-tropical storm) Helene is looking less and less strong with each successive model run. Most models currently agree that the system will produce gale force winds with peak gusts around 100-120 km/h late tomorrow. A “wee breeze” as we are assured by the locals. 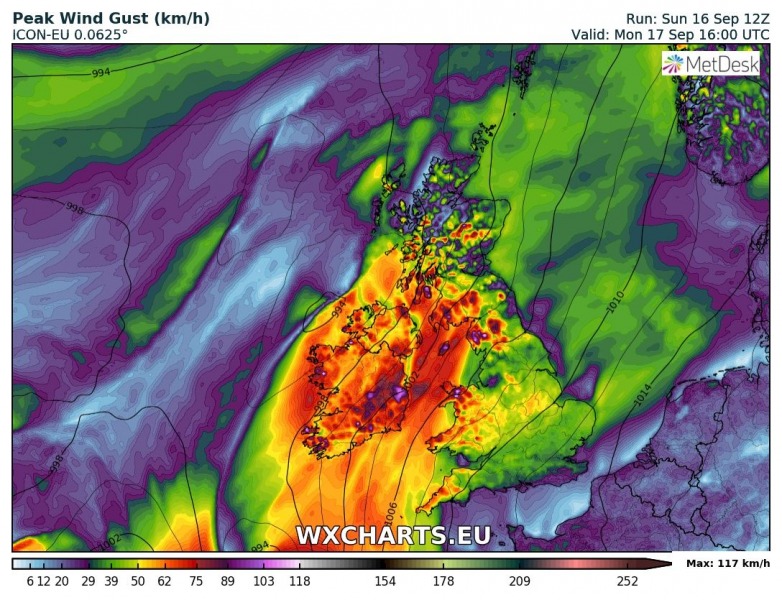 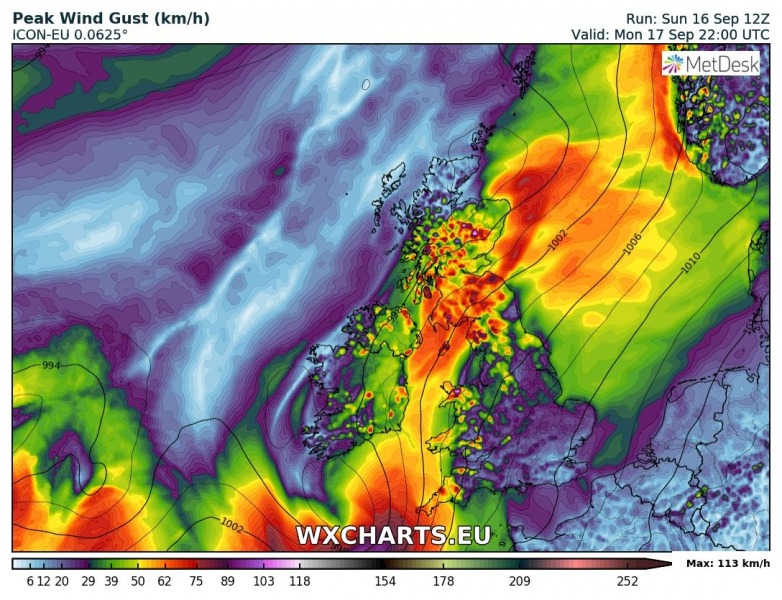 Most models also agree fairly well on potentially explosive cyclogenesis taking place west of Ireland on Tuesday, developing a very deep cyclone. Bombogenesis, with a pressure drop of more than 1 mbar/h seems likely, with the cyclone reaching a central pressure of 960-970 mbar. The system may be able to produce winds gusting in the 130-180 km/h range. There is still some considerable uncertainty on this system, with some models indicating two successive cyclones, possibly somewhat weaker. We will provide further updates in the coming days. 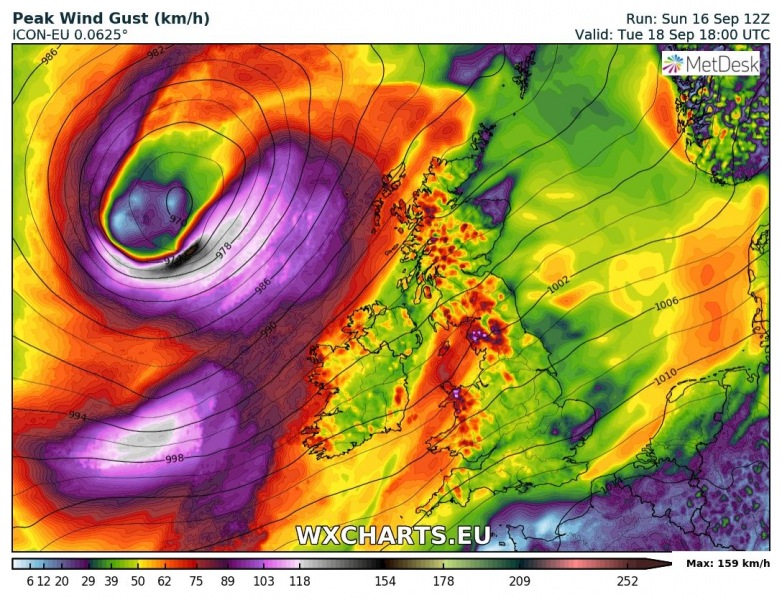 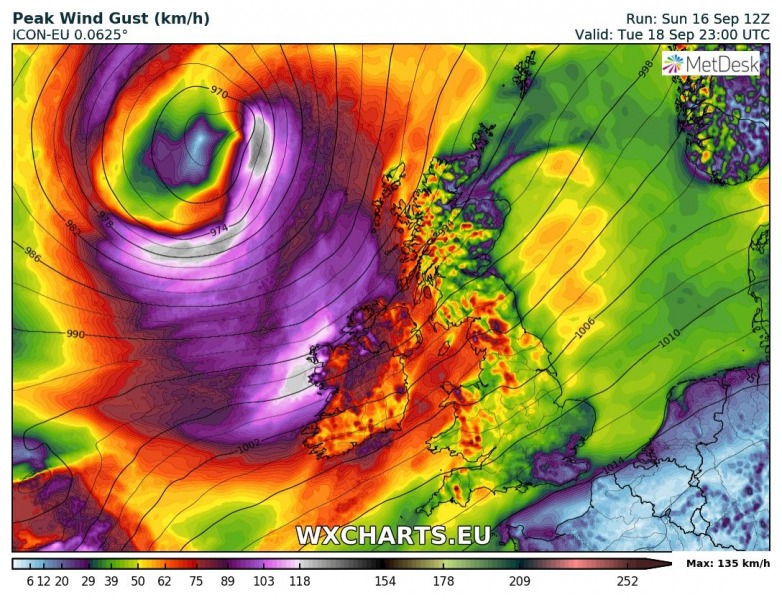 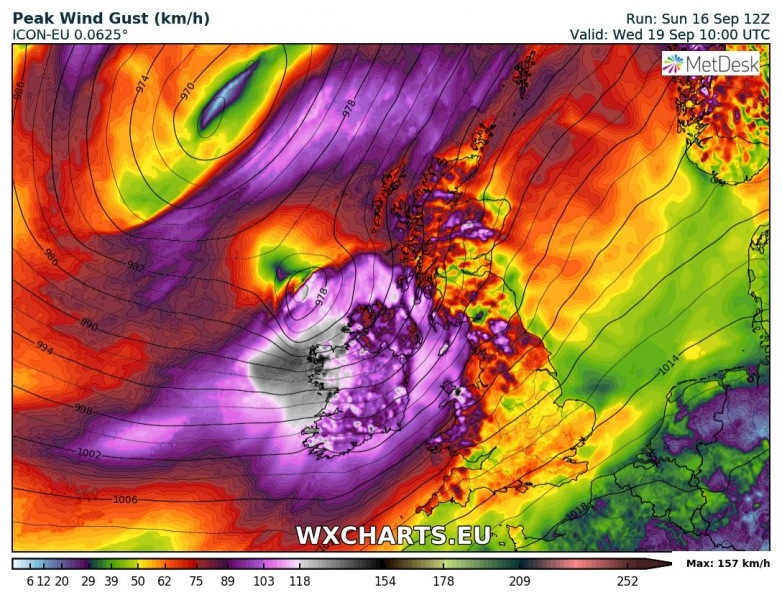 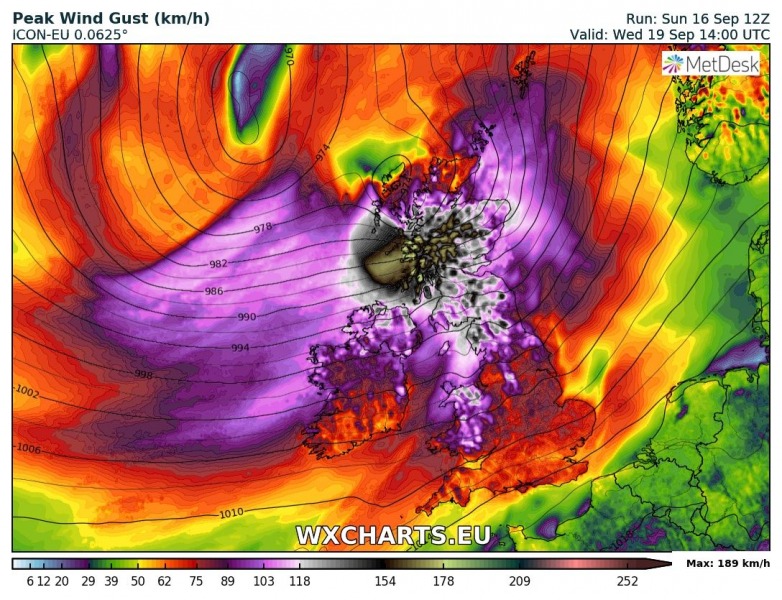 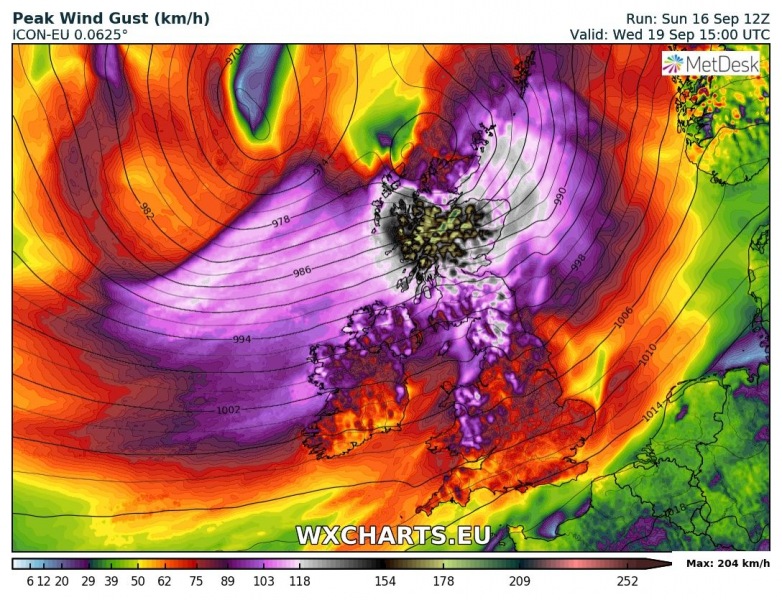 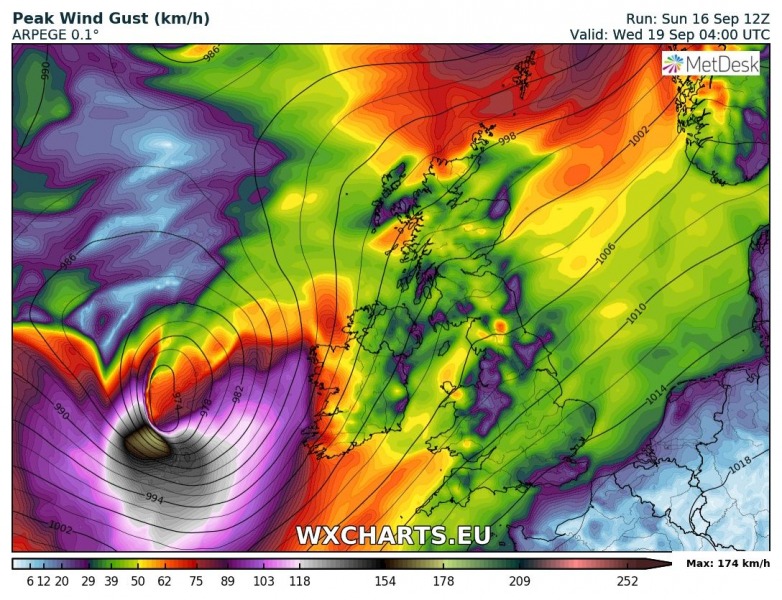 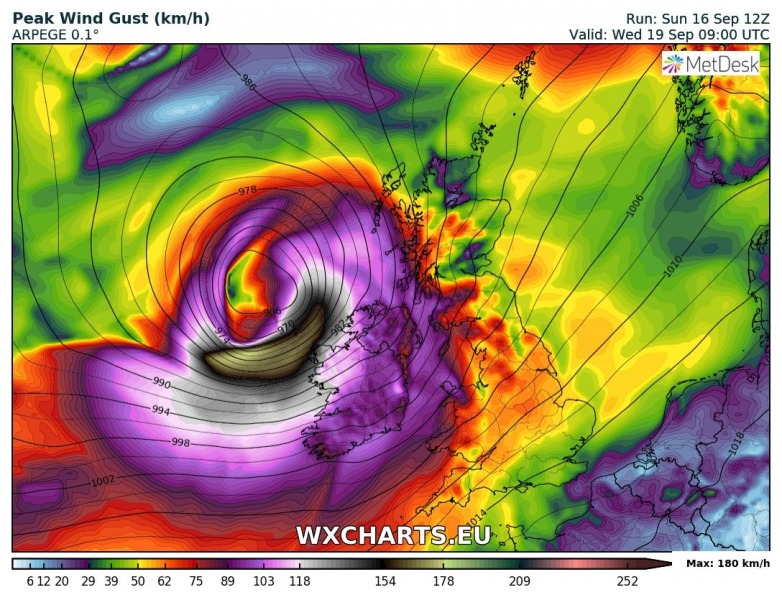 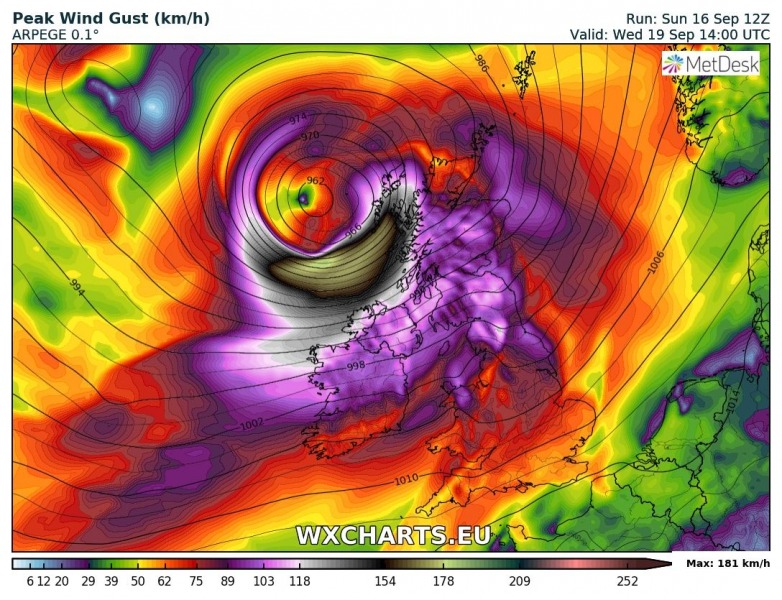 Significant rainfall is also expected, particularly across parts of Ireland, Wales and Scotland. Some locations in Scotland will likely accumulate 100 mm or more rain by Friday. 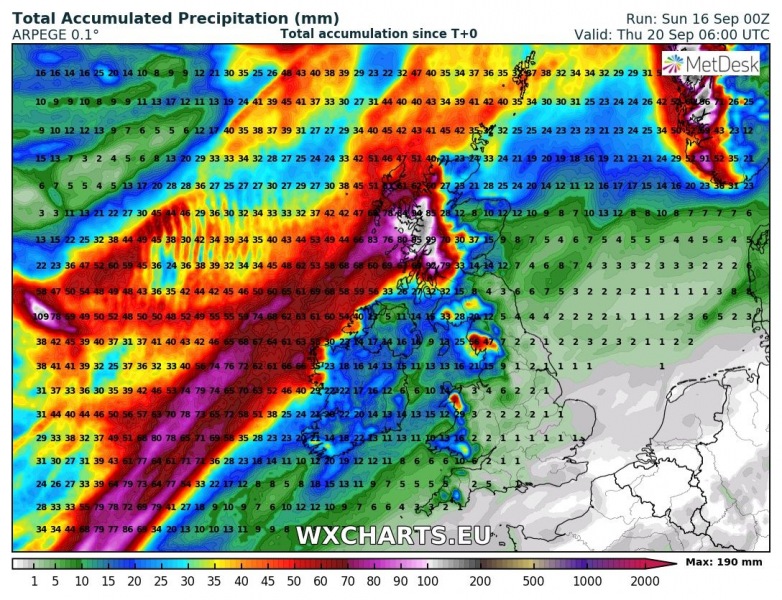