The weather will mostly remain fairly unstable over parts of the Mediterranean region this week. A shallow cutoff low slowly moves across Greece and the eastern Mediterranean on Tuesday – Thursday and brings rain showers and thunderstorms to the region. Persistent rainfall may produce up to 40-80 mm / 24h locally; some places may experience inconvenience with locally strong storm runoff and minor flash flooding. Daytime highs in the region will be in the upper 20s and locally above 30 °C. The weather will be rather stable and warm across other parts of the Mediterranean. 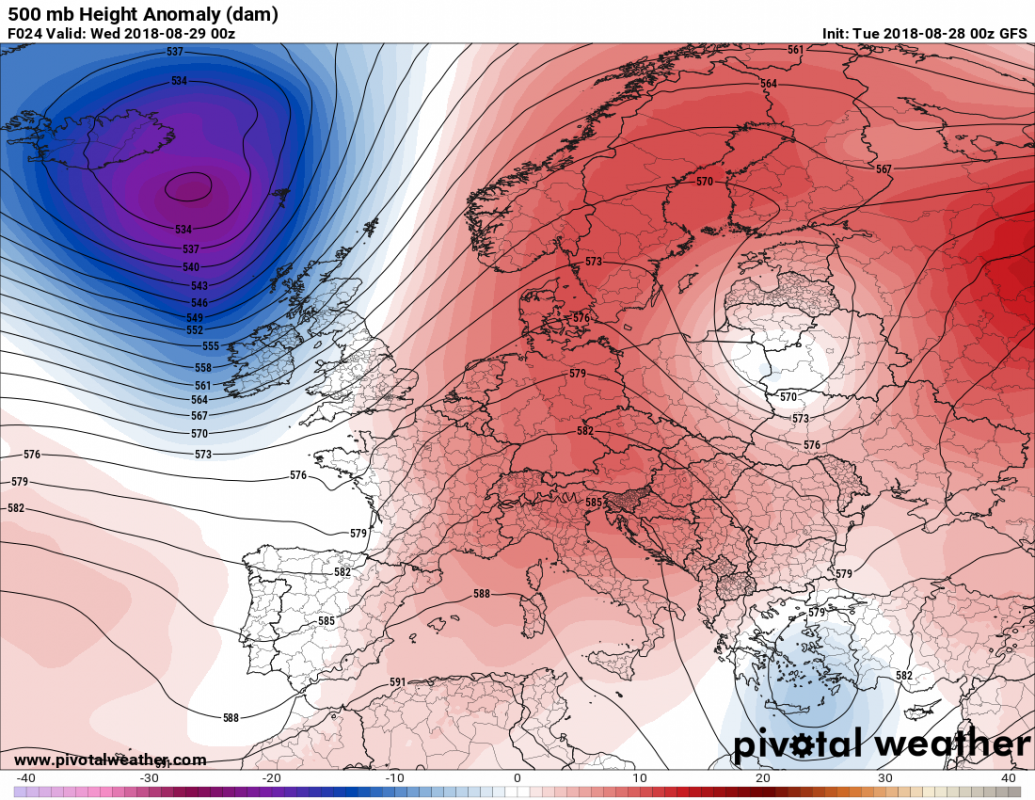 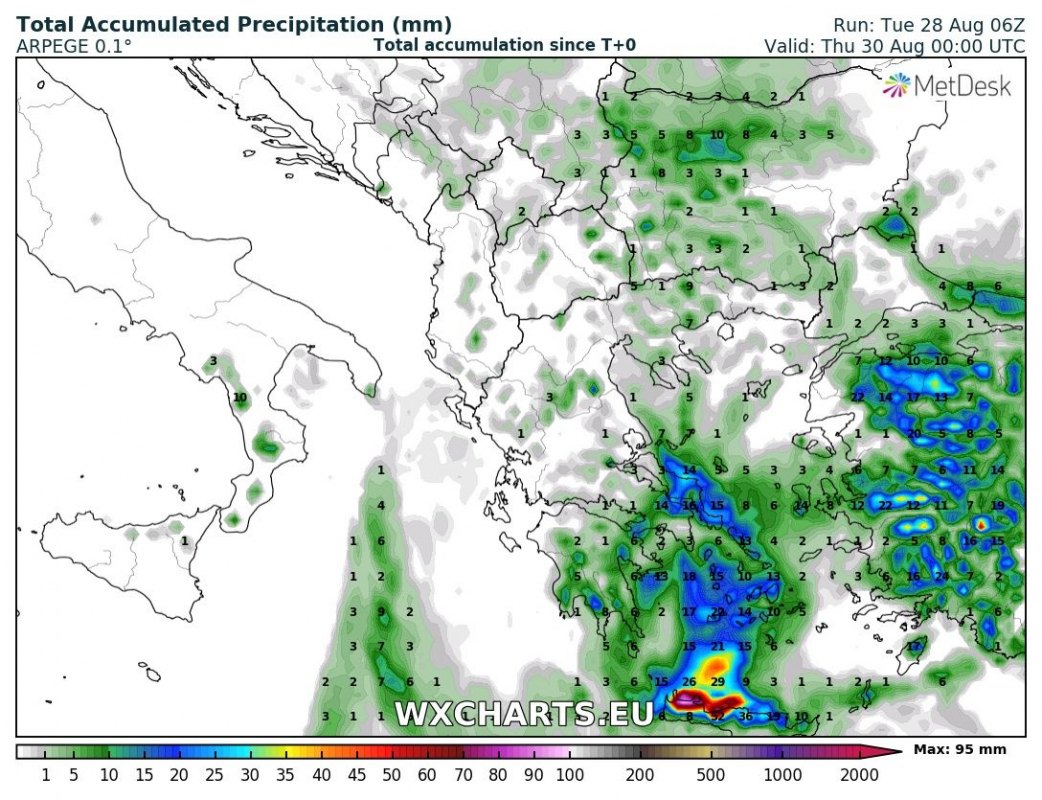 The new trough that pushes across western and central Europe will also affect the northern Mediterranean, beginning on Friday. Moderate to locally strong instability will build up ahead of it, with up to ~1000-1500 J/kg MLCAPE across the plains of north Italy and significantly more (up to 3000 J/kg) over the Ligurian sea and the northern Adriatic. With moderately strong mid-level flow, conditions are expected to be favourable for locally intense thunderstorms. Again, storm mode and severity will depend on the amount of shear available and low level winds; still to far ahead for any sort of a reliable forecast. 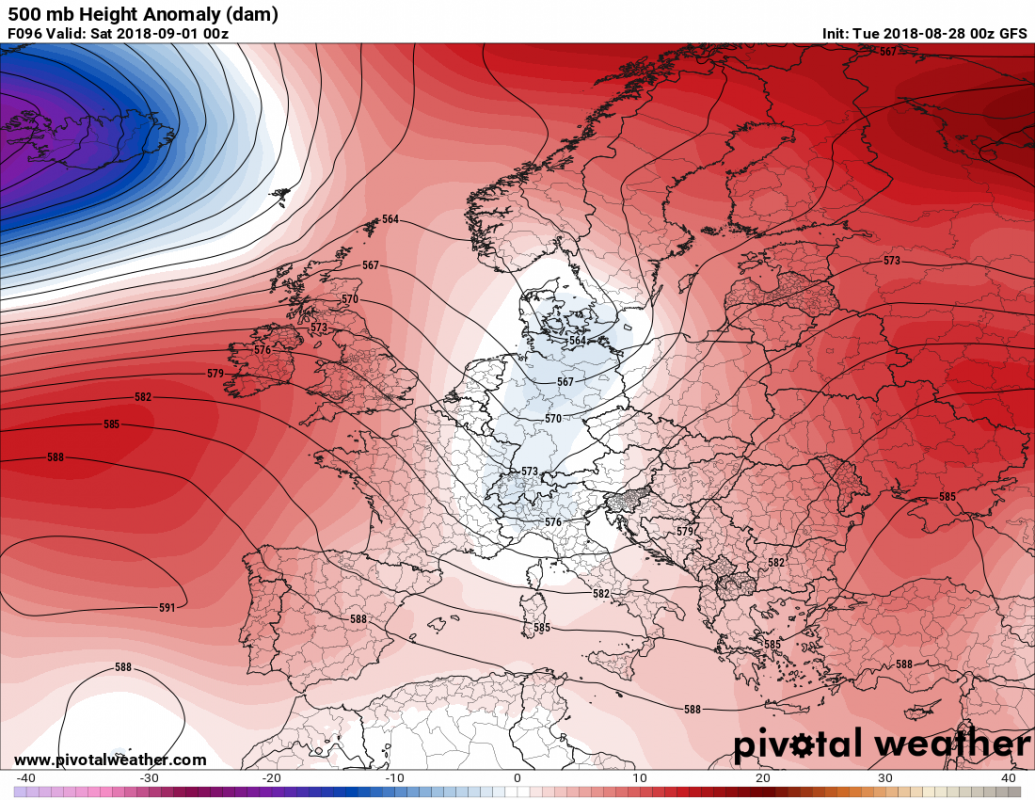 Situation early on Saturday, September 1. A moderately deep trough is moving across the Alpine and northern Mediterranean region. Map: Pivotalweather.com 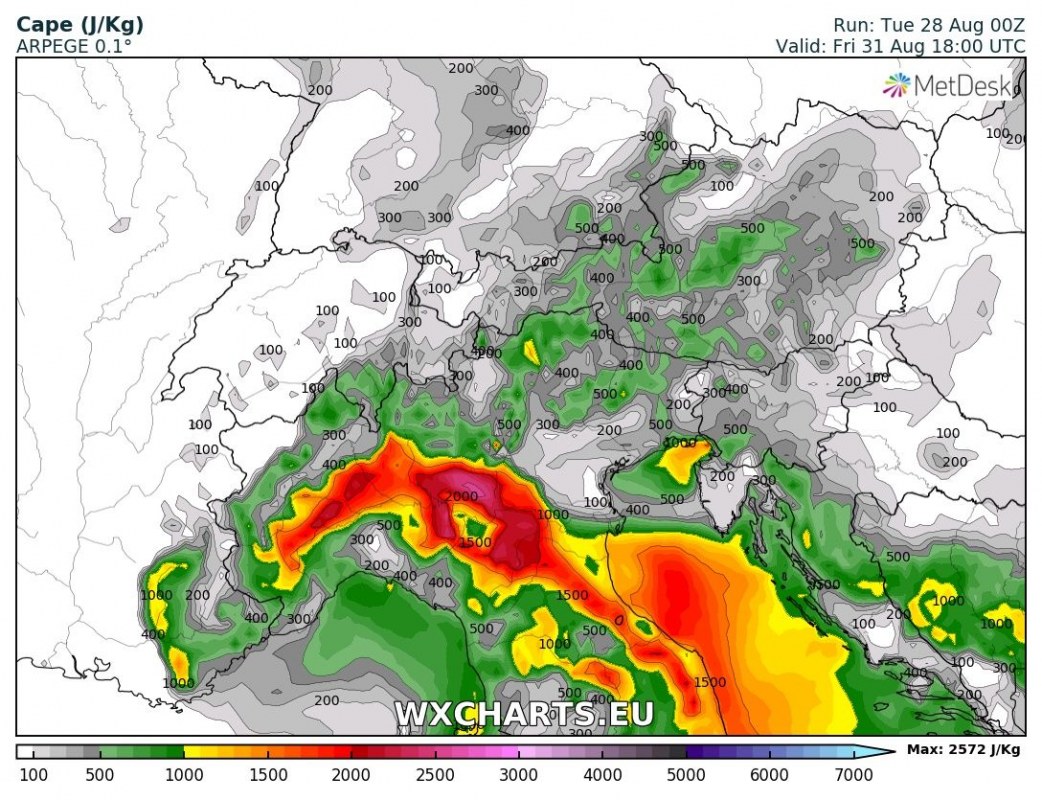 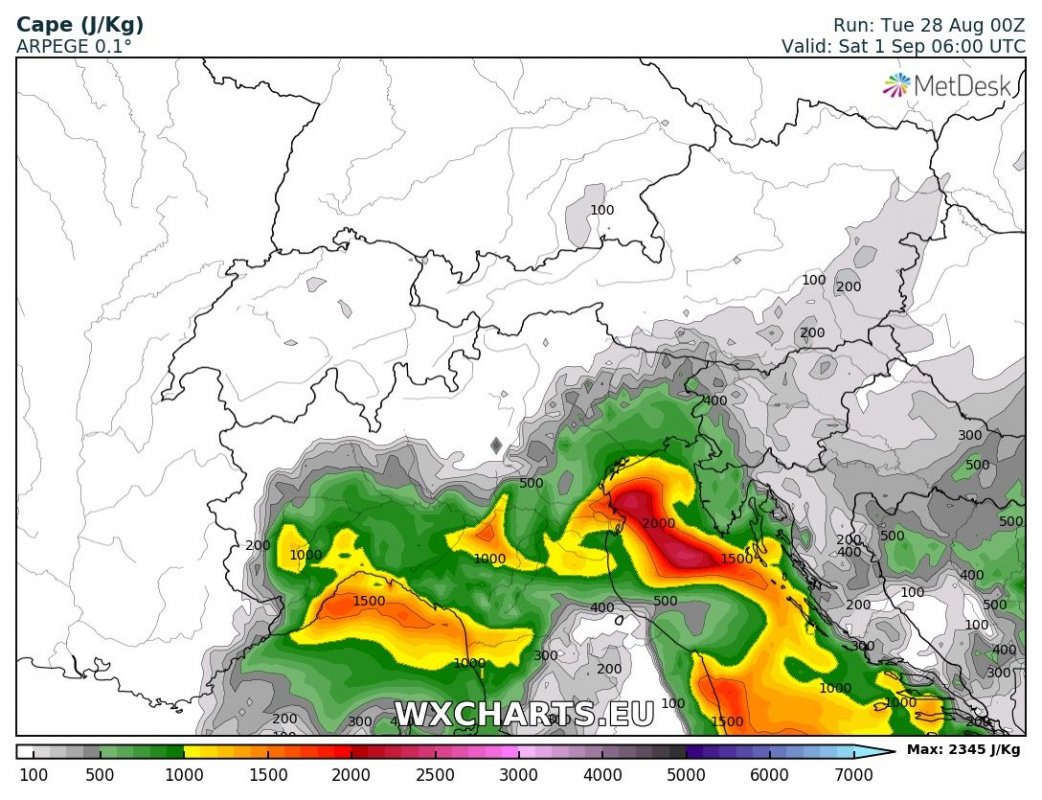 MLCAPE over the Alpine region and northern Mediterranean late on Friday and early on Saturday. Map: Wxchart.eu

As the trough passes the Alps it forms a shallow cutoff low over the northern Adriatic region by late on Saturday, pushing into the central Mediterranean. It will likely persist well into the next week. Expect moderate to locally strong instability coupled with low shear, producing slow-moving storms, local flooding and waterspout. Organized thunderstorms are expected along the southeastern sector under the jetstreak rounding the cutoff low. Also, expect strong Bora winds along the coast of the northern and central Adriatic sea. More on this system as it evolves. 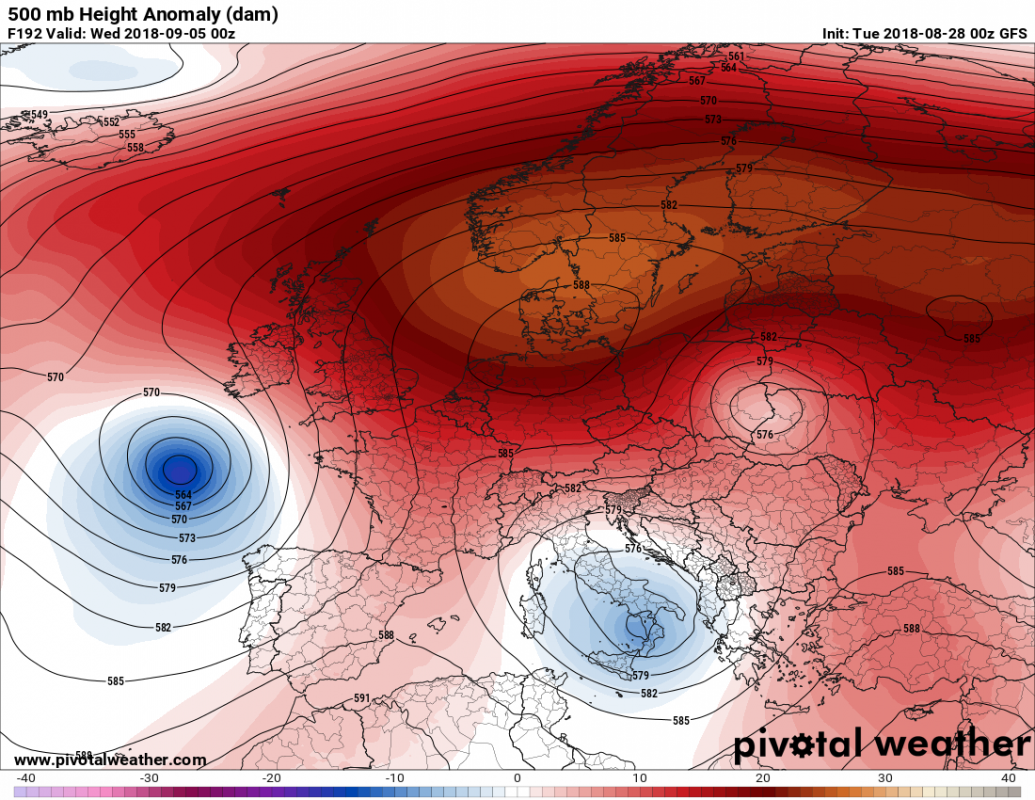