While there is strong upper-level ridging maintaining over Europe and dominating much of our continent, this usually means troughs and upper lows are traveling south along ridge’s eastern flank, cross eastern Europe towards the eastern Mediterranean. Two of such features will develop this week, one is already ongoing and another one is expected to form on Thursday. Both will deliver a lot of rain and also snow across Turkey.

The first system is already ongoing today and is a part of the cold blast across the E-SE Europe, resulting in lots of convective activity across the eastern Mediterranean and excessive rainfall across southern Turkey. Further inland (higher elevations) heavy snowfall is occurring. In the wake of the low / surface cyclone, strong northerlies are resulting in gusty severe winds across the Aegean Sea towards Crete island, locally in excess of 100 km/h. 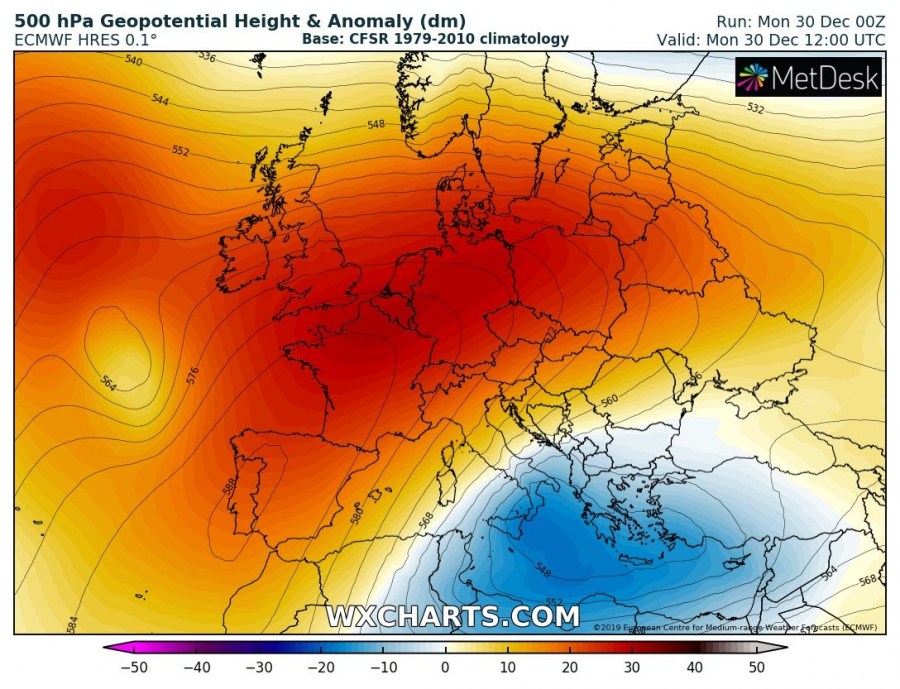 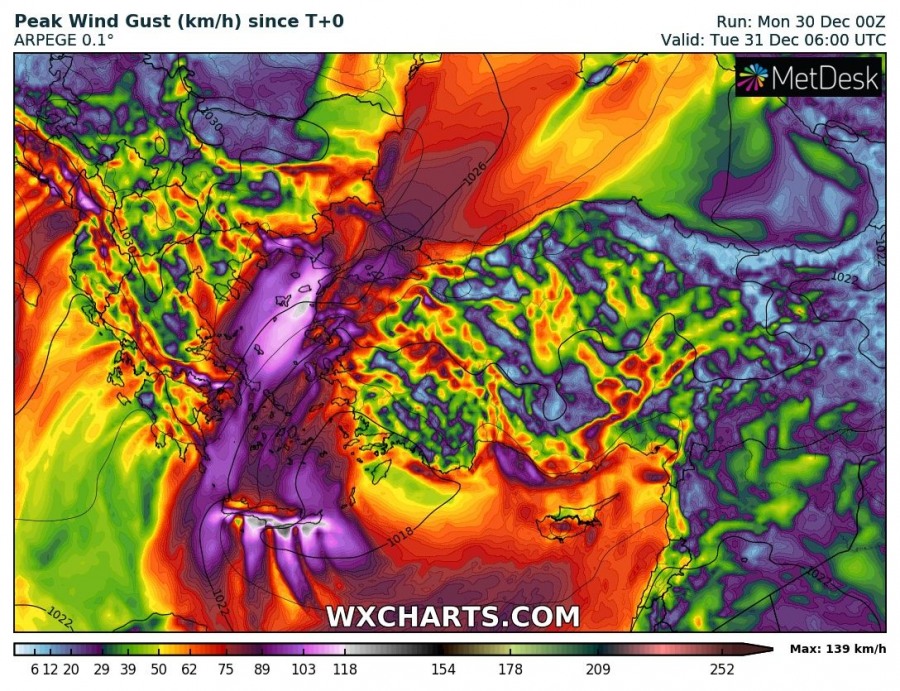 In response to a re-strengthening of the upper-level ridge across central Europe during the first days of January 2020, another upper low will drift south across the ESE Europe towards the Eastern Mediterranean. An associated secondary surface low will develop, developing another rainfall/snowfall event over Turkey. Models are in good agreement of another convectively active frontal system due to very cold upper/mid-levels advected above the still warm Mediterranean sea there. This will bring both convective and heavy orographic rainfall across southern Turkey. The mid-level temperatures will be colder than today, so snowfall across Turkey will likely be at lower elevations too. Again, as usually happens with such a frontal system, severe winds are expected in system’s wake across the Aegean Sea towards Crete island. 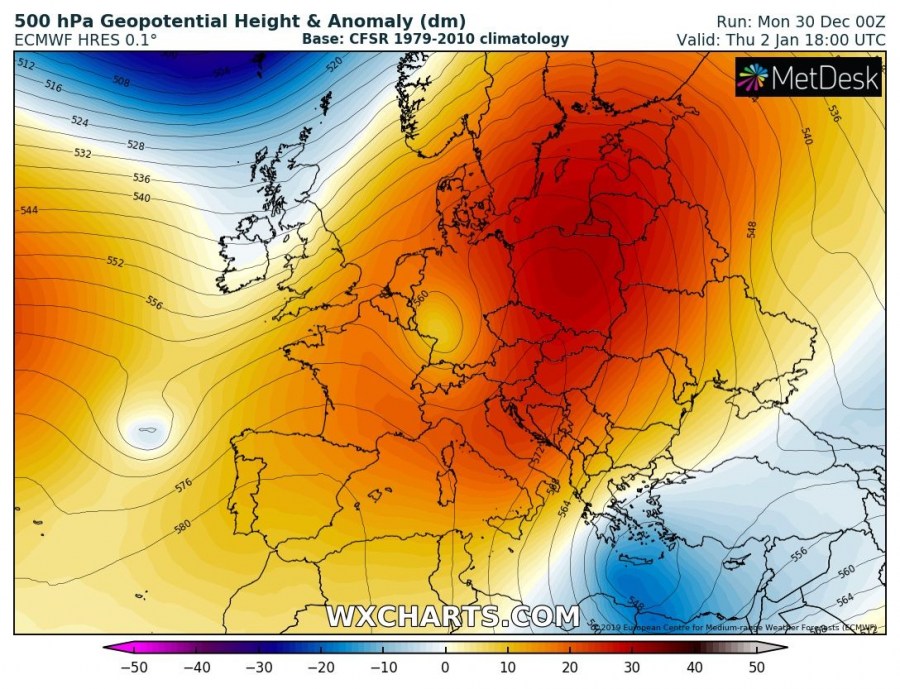 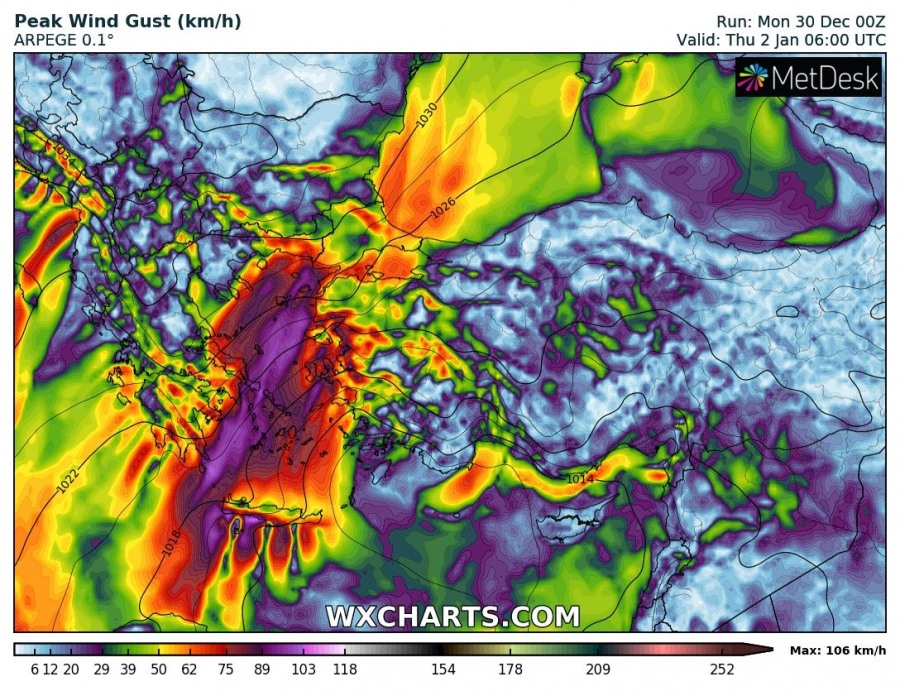 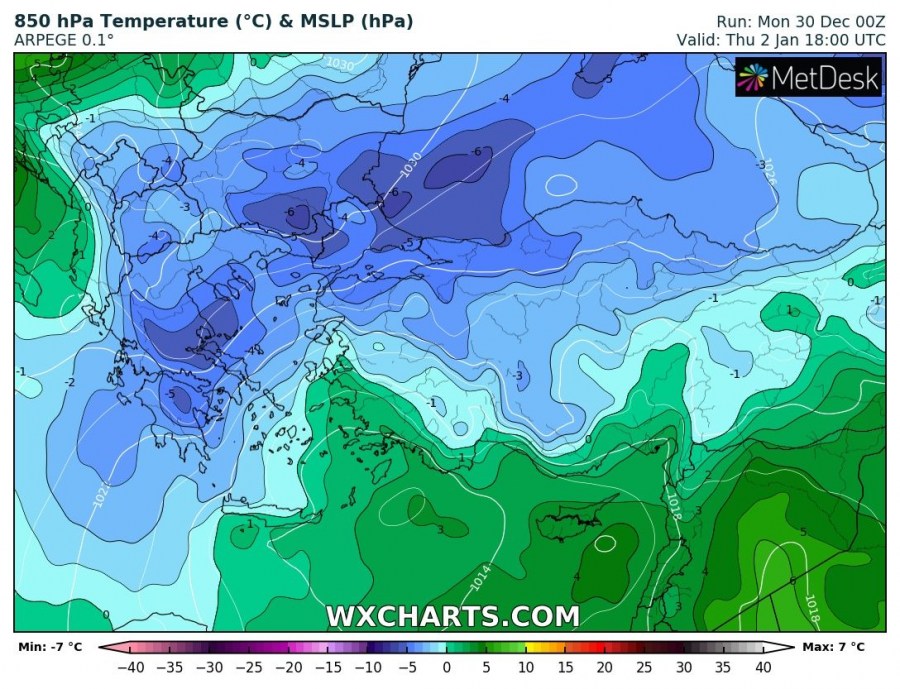 Both systems will result in quite an impressive amount of rain, likely in 200-300 mm of total rainfall until Friday morning, Jan 3rd. The highest amount is expected where the effects of orographic features will be maximized, e.g. northern Crete, extreme S Turkish mountains and NW Syria but also along the coastal areas of extreme eastern Mediterranean and southern Turkey where convective clusters with training-cells are possible to maintain for longer periods. 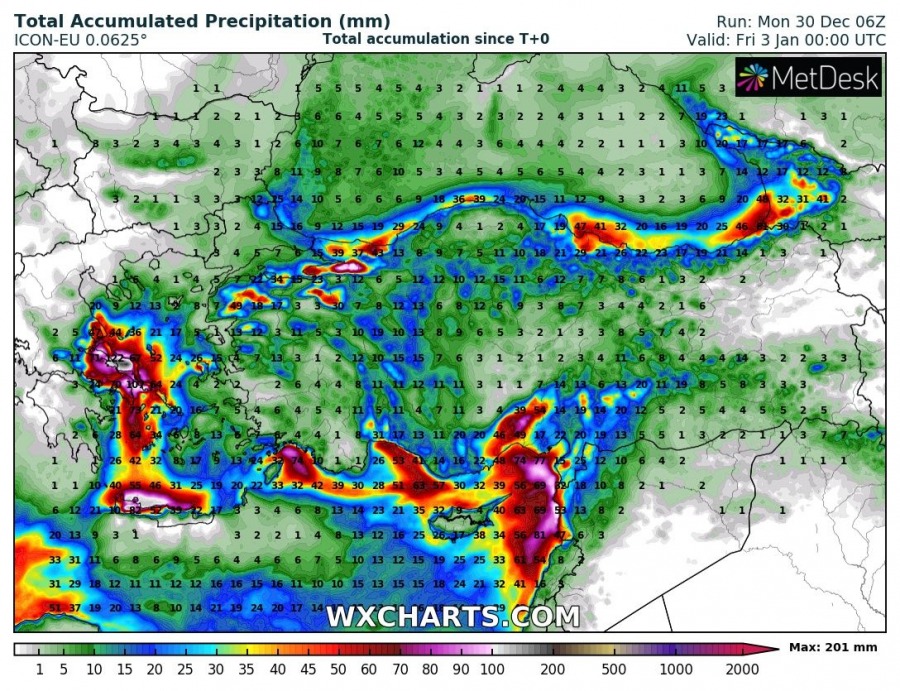 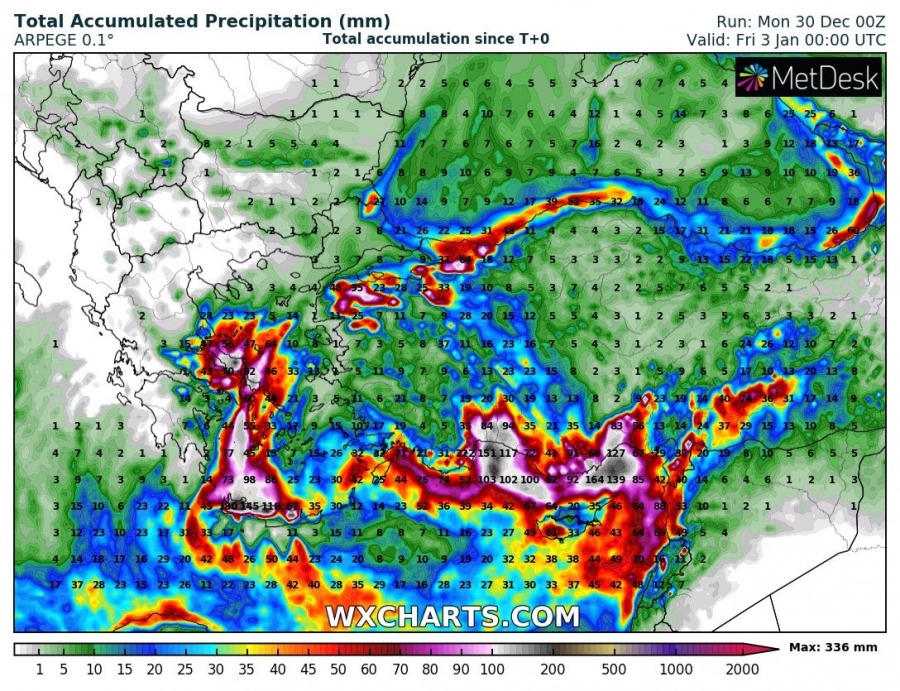 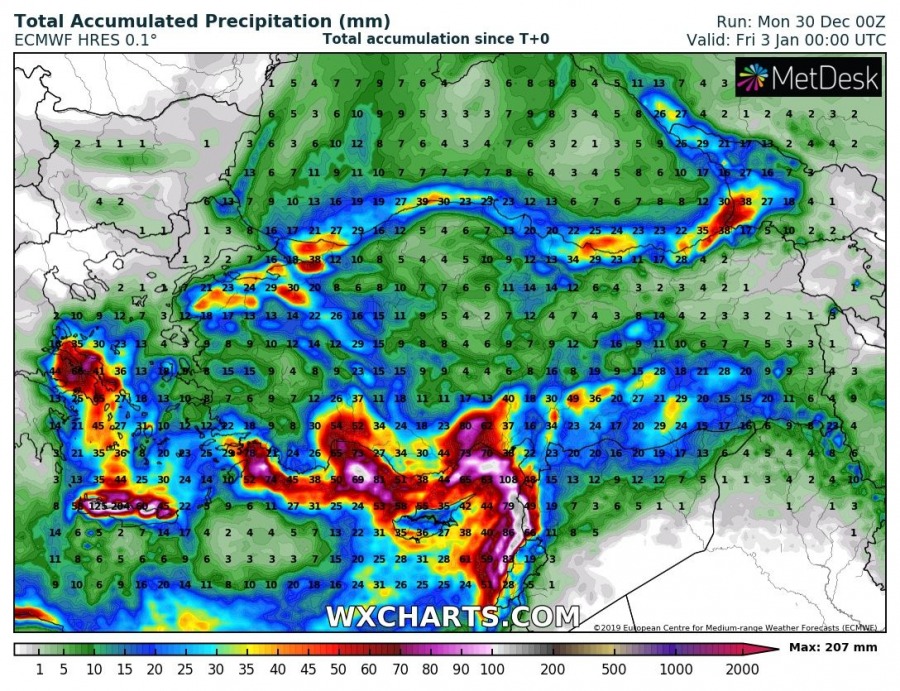 As said, quite some fresh snow is expected over a large part of Turkey, especially across the southern and western (higher) parts where most of the snowfall results by the orographic precipitation from the persistent moist air mass advection from the Mediterranean. A broad area of 30-60 cm fresh snow is likely across SW Turkey, while even higher amounts – 100-150 cm locally – is likely across the higher mountain ranges.

Share on TwitterShare on RedditShare on FacebookShare on PinterestShare on WhatsApp
Tropical activity of the SW Indian Ocean returns - Tropical Storm #Calvinia is born near Mauritius
← Previous
Tropical Storm #CALVINIA is nearing #Mauritius, pounding the island with severe damaging winds and torrential rainfall
Next →
Comments are closed.