Ernesto developed a more symmetric field of convection and more defined convective banding near its center, which prompted the National Hurricane Center (NHC) to upgrade the system into a Tropical Storm. Ernesto remained a large, but relatively weak system on Thursday afternoon: the highest sustained winds were up to only 45 mph with winds of 40 mph extended out as far as 160 miles across the southeast quadrant.

Ernesto is traveling over waters with temperature of around 25 °C, which is just below the traditional 26 °C threshold for tropical development. The storm will encounter much cooler sea-surface temperatures as it continues northeast today, so Ernesto will become a post-tropical cyclone soon as it also begins to merge with a frontal zone. It could remain a potent gale-producer, when it accelerates toward the western Europe. Ernesto’s remnants will sweep across Ireland and Great Britain over the weekend, bringing some heavy rain and gusty winds. 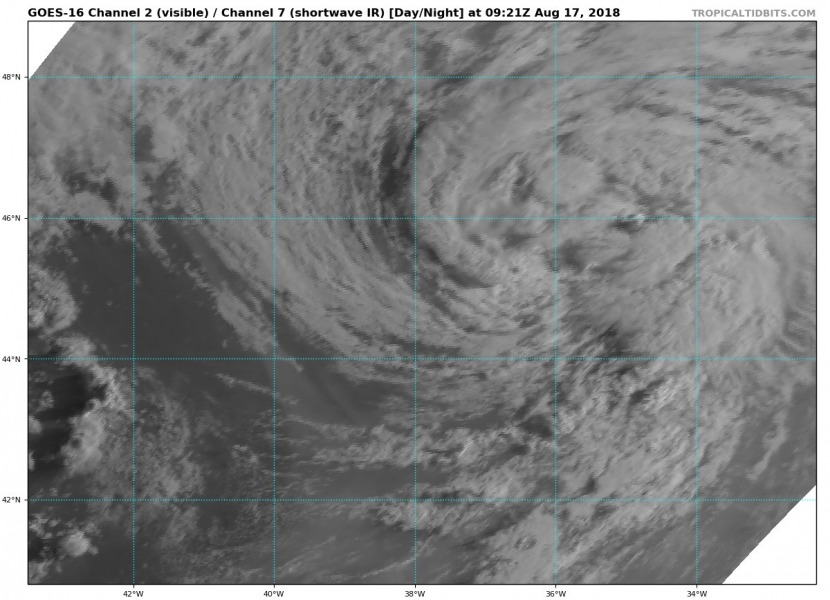 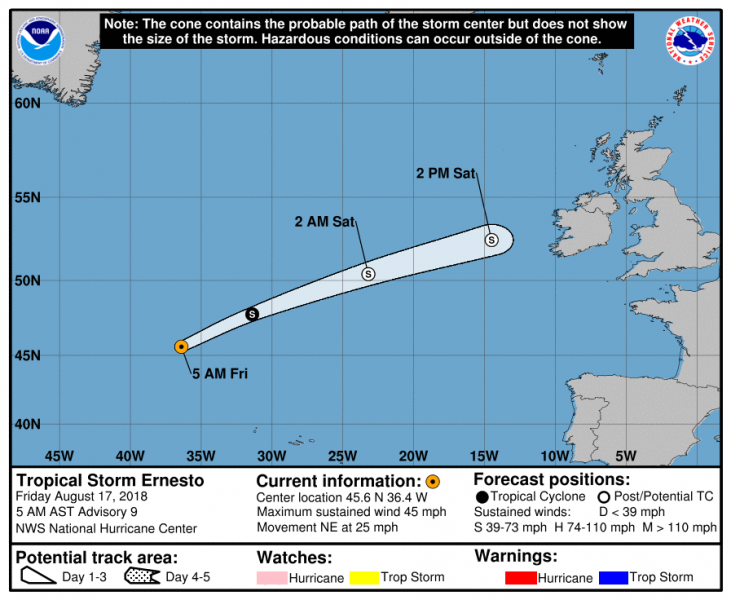 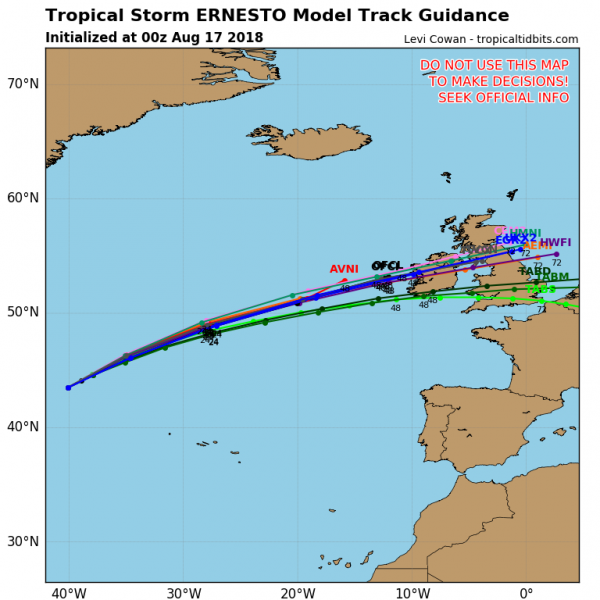 Winds will be the main threat with this storm. Various models suggesting gale force winds with gusts up to 100 km/h are locally possible, as well as high waves along the coastal areas of Ireland and SW England.

Here is a precipitation swath map across the Isles, locally 30-50mm seem possible from N Ireland into N England and S Scotland according to the latest model guidance. 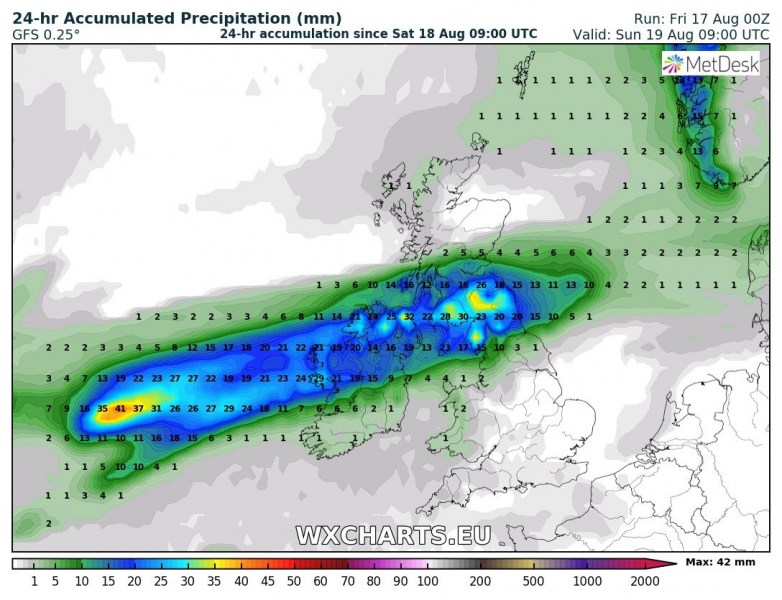 Share on TwitterShare on RedditShare on FacebookShare on PinterestShare on WhatsApp
Very warm Mediterranean sea - and what that means for severe weather in the autumn
← Previous
Week 22 (May 29-June 4, 2017) Contest Winners
Next →
Comments are closed.