A very cold morning is again expected tomorrow across in central and western Europe. Temperatures will plunge close to and below zero in many places. Very damaging frost is expected!

The powerful and historic outbreak of very cold Arctic maritime airmass is making its way across central and eastern Europe towards the Mediterranean and southeastern Europe today. Many record low temperature values have been reported, while snowfall is ongoing in many places, even at low elevations.

In the wake of the cold front the skies will at least partially clear which will allow temperatures to plunge into negative values again tonight. Under clear night skies the ground will cool and strong frost is expected in all areas with clear and partly clear skies! As we are in early May, widespread frost damage is likely to result across vineyards and agriculture, similar to what was locally observed on Sunday morning! 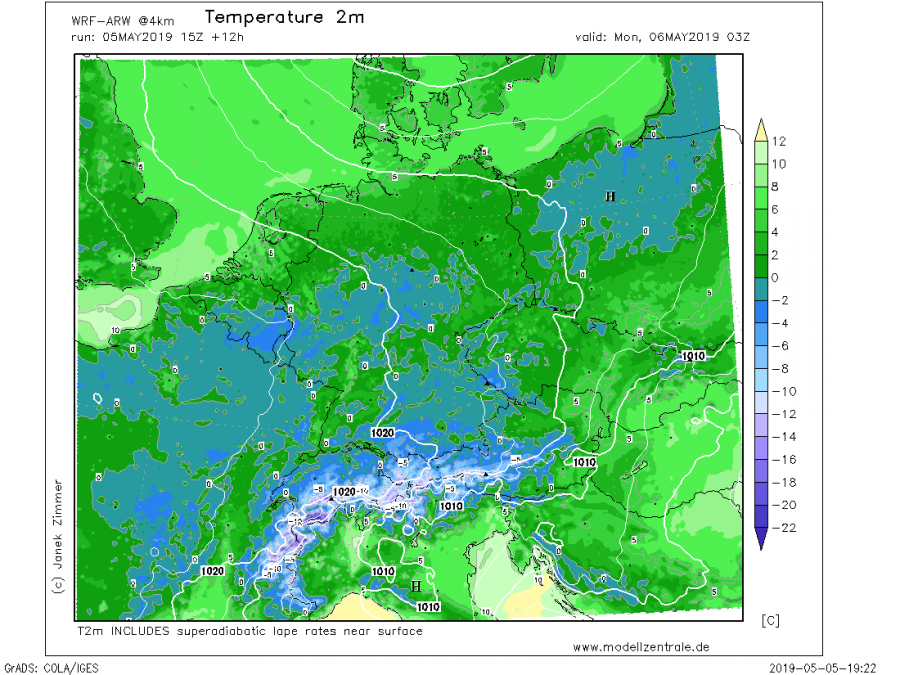 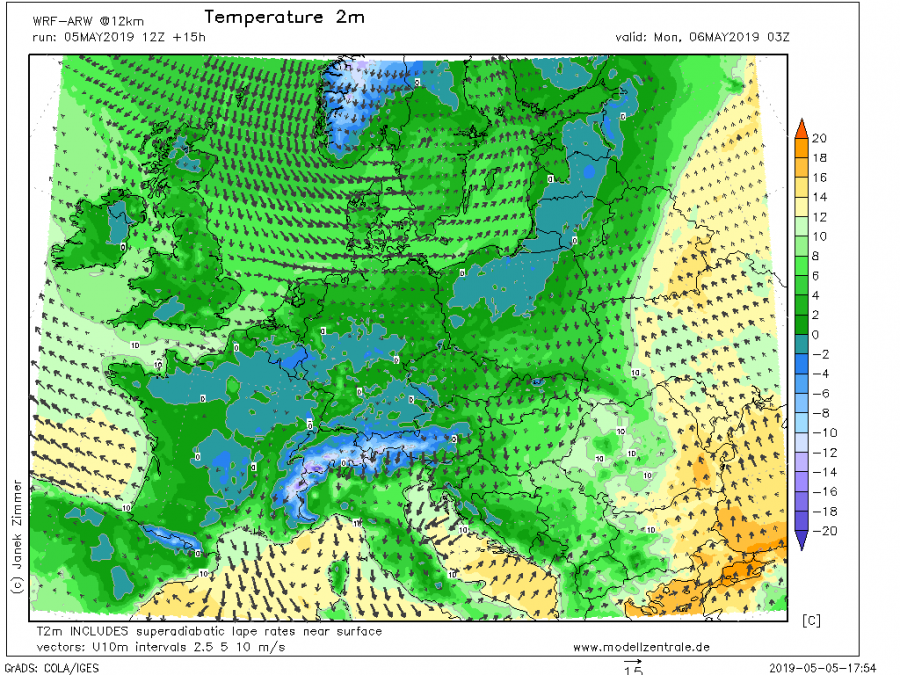 Temperatures across central Europe at 5h am CEST on Monday, May 6th. WRF-ARW model. Map: Modellzentrale.de. 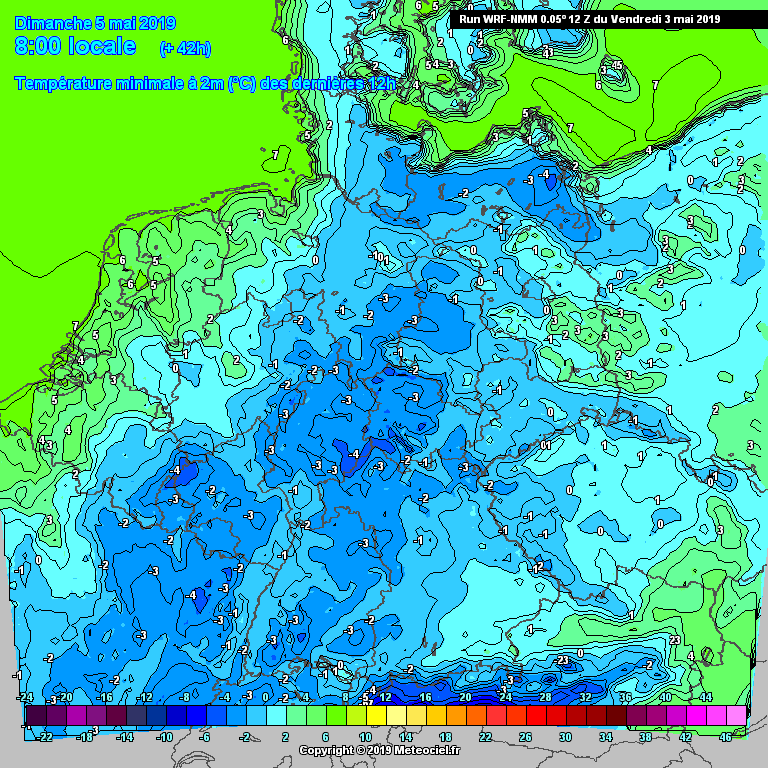