Associated with the cold outbreak across the eastern half of Europe, a surface frontal system crosses central Europe and intensifies along with the deepening surface low over the Balkans and SE Europe. A strong cold front delivers much lower temperatures, locally severe winds and snow through late Tuesday and Wednesday. Another even more intense cold outbreak is quite likely over the weekend!

Despite the very active North Atlantic, a temporal pattern change will happen this week. A powerful upper-level ridge will build up across the west-southwest Europe and Noth Atlantic with a deep cold-core along its eastern flank. The upper core will cross central Europe and the Balkan peninsula within the strong northerly meridional flow and reach the south Mediterranean on Wednesday: 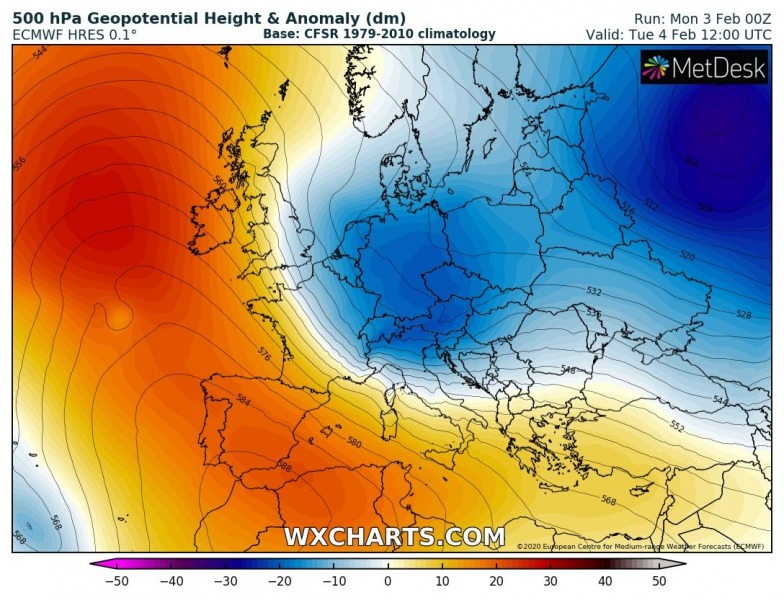 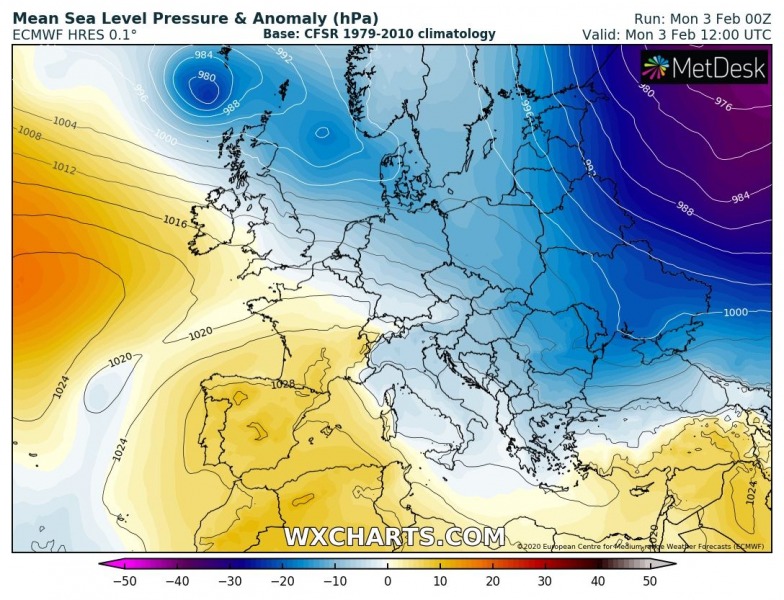 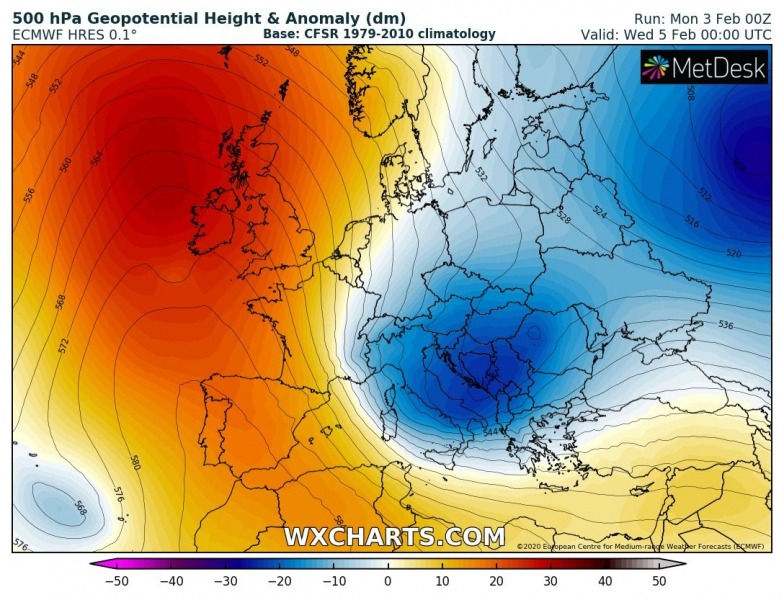 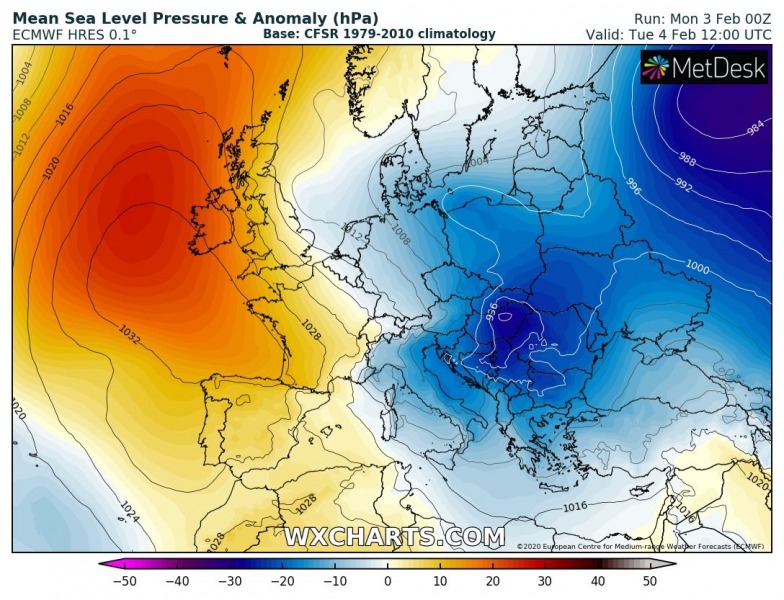 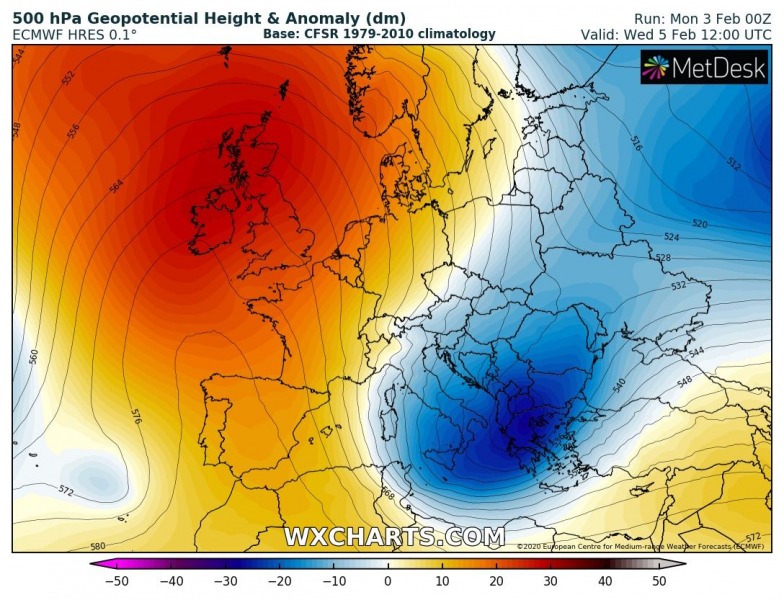 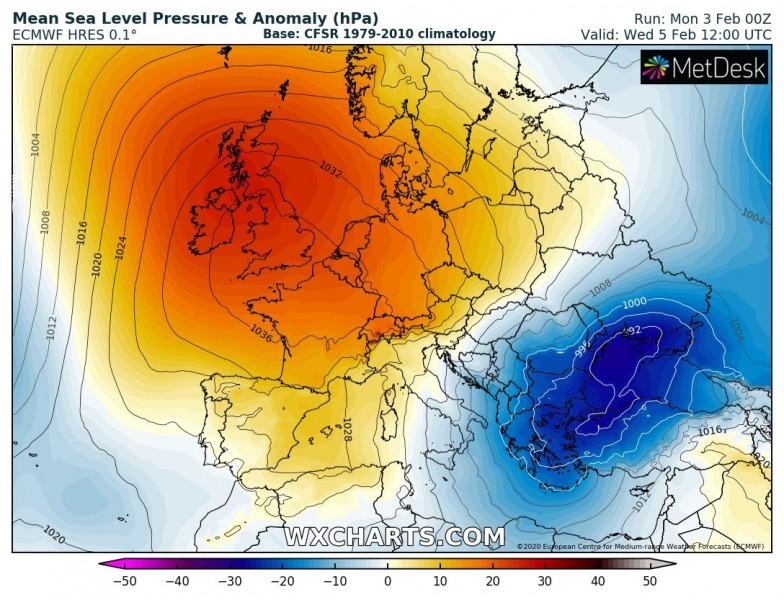 The air mass will be still very warm early Tuesday due to warm westerly flow persisting across southern Europe. During the day, (related with the upper core passage) a strong cold advection spreads from north to south over the Balkan peninsula. The cold air mass will be spreading across the west-central Balkans and the north-central Mediterranean, while there will be still very warm over the SE Balkans and the Black Sea region. But an intense cold blast develops through Wednesday and even more than 10 °C lower temperature than normal spread over the whole Balkan and Mediterranean! 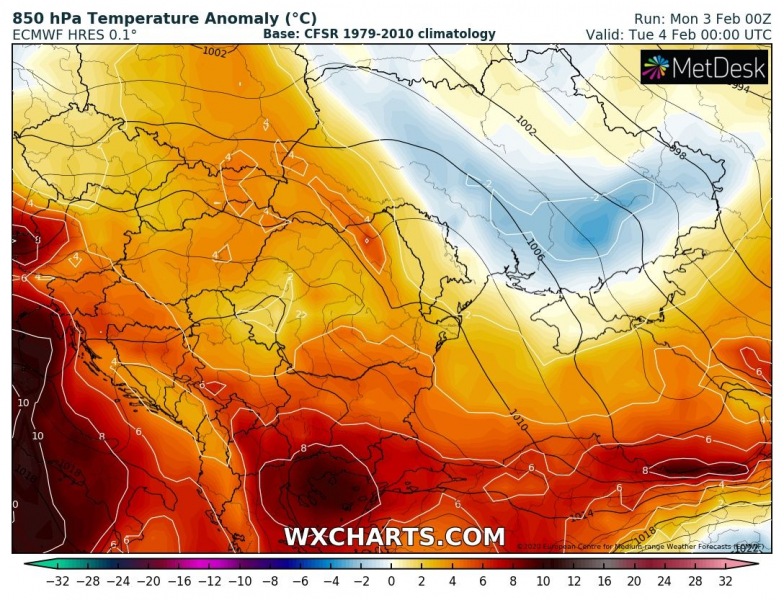 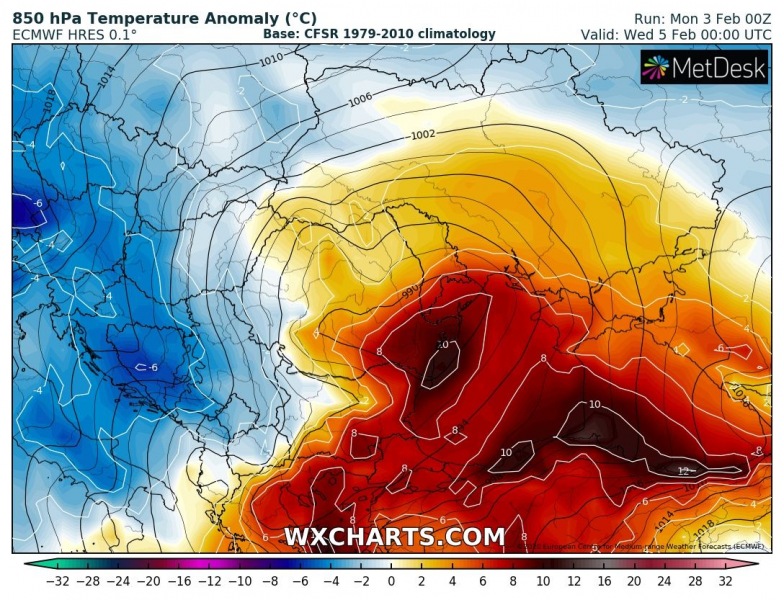 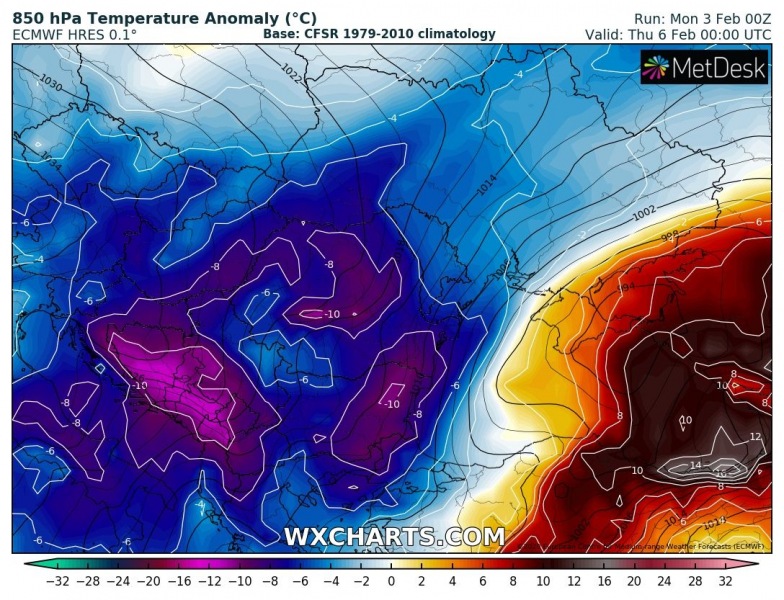 A well-defined sharp cold front will cross the Alps in the morning hours on Tuesday, rapidly moving south across the Balkans with possibly also convective storms along the leading edge. While it will be over Slovenia in the late morning hours, it will already reach southern Serbia in the early evening hours and Greece on early Wednesday. 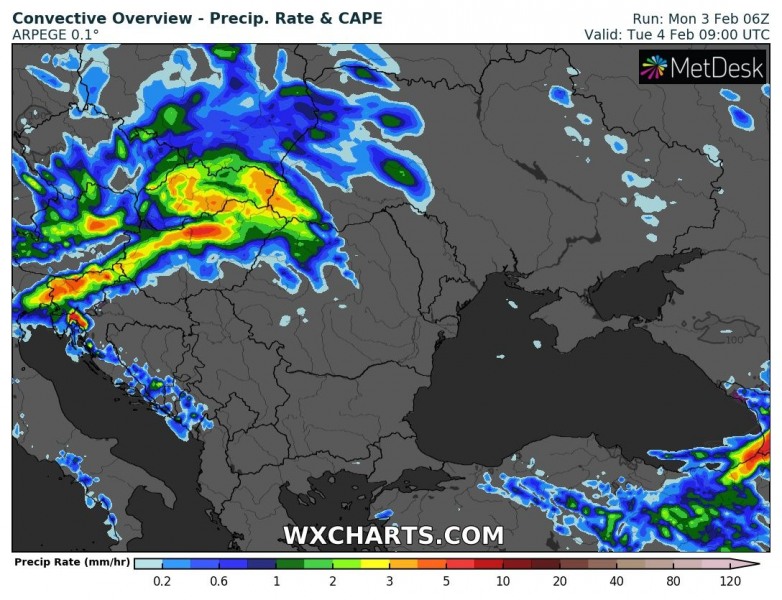 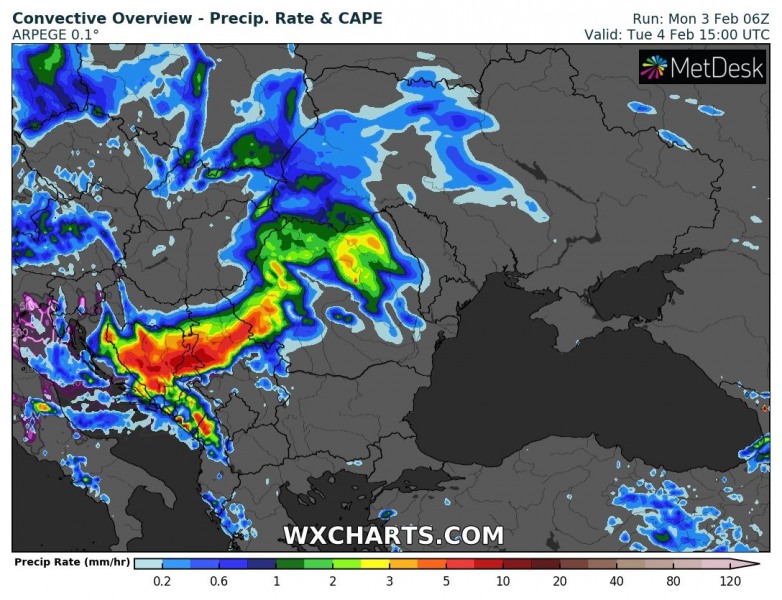 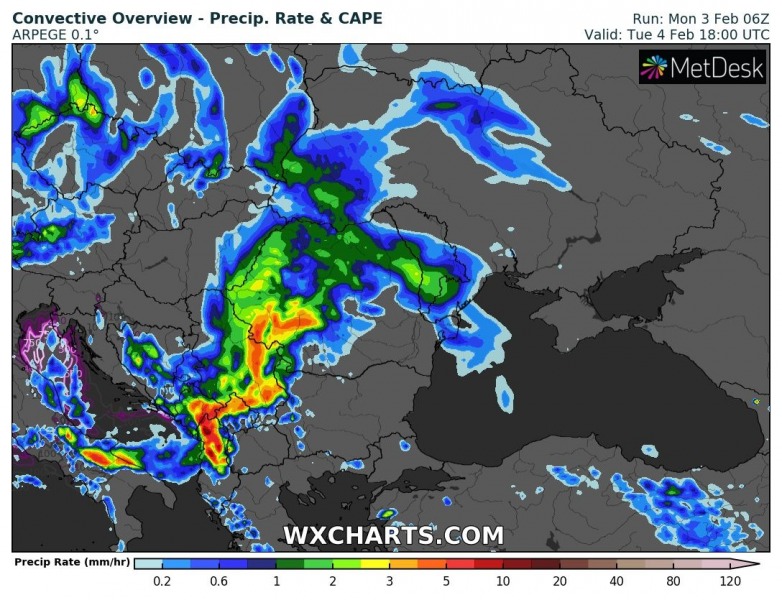 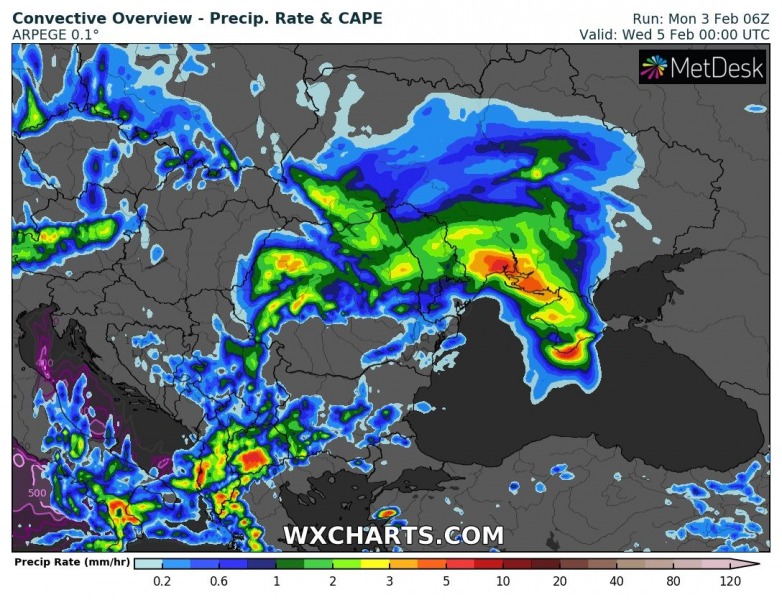 Quite some fresh snow is also expected across parts of the Alps, the Balkans and SE Europe, especially across the SSW Balkans, northern Romania, Ukraine, and even Greece. Some snow is also likely across the southern Apennines in south-central Italy due to cold advection across the Adriatic into Italy. 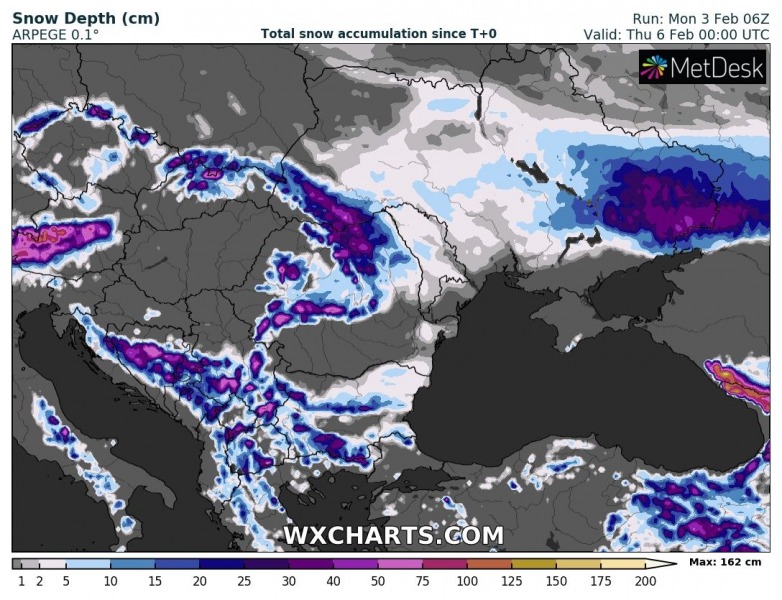 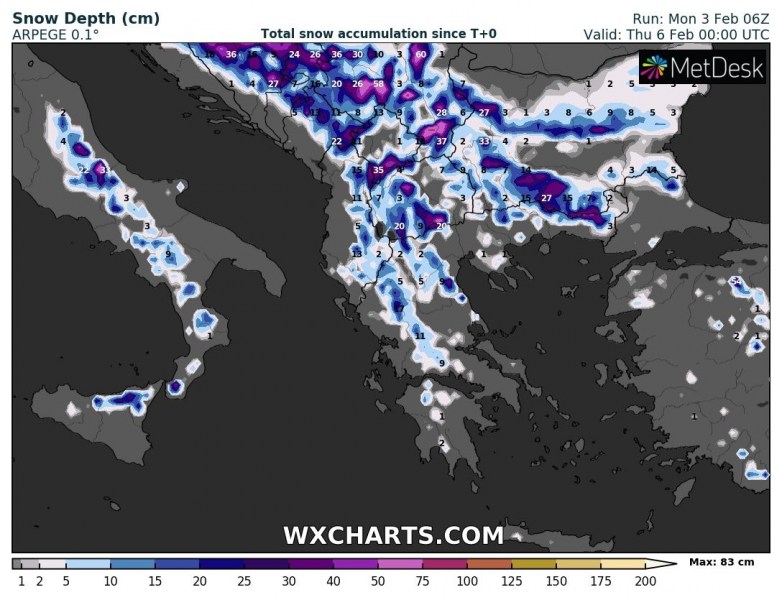 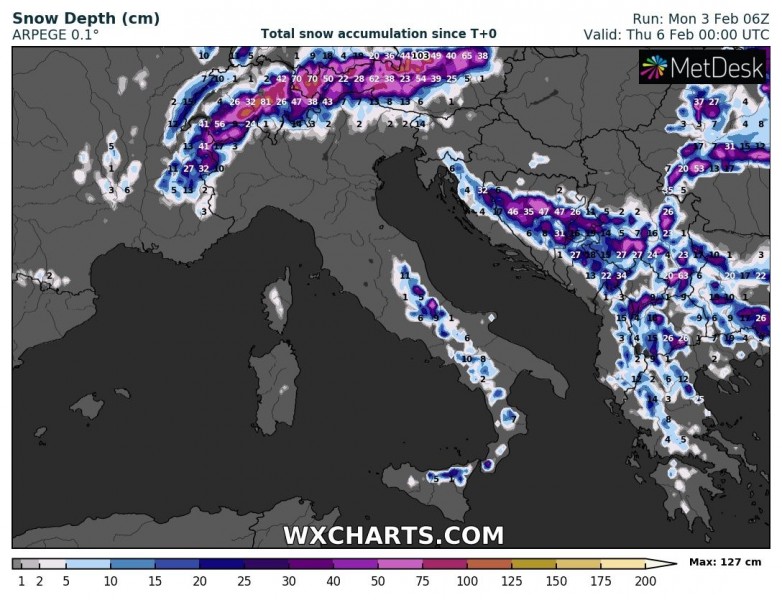 When the cold air mass advects over the Balkans, classic severe Bora winds event develops along the Adriatic coast. Peak wind gusts will reach 110-140 km/h, even higher than 160 km/h locally! 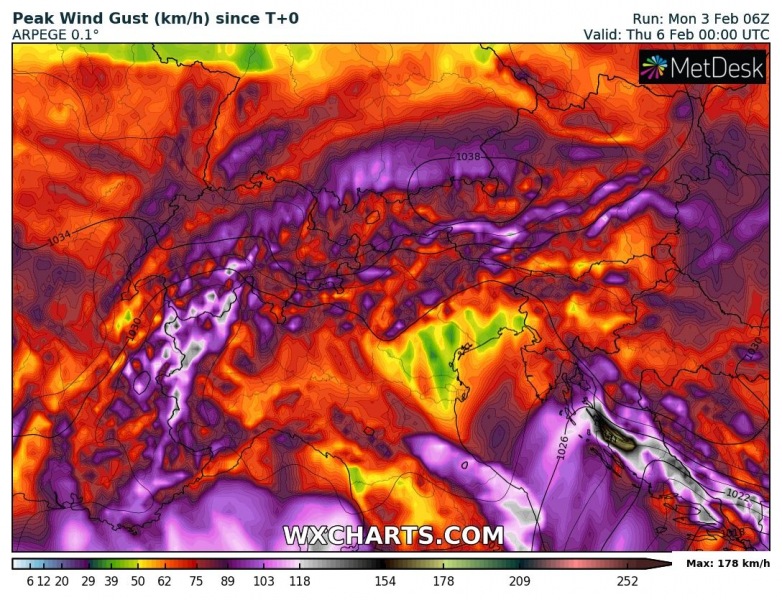 Additionally… models are actually in a fairly good agreement there will be another, even stronger Arctic outbreak over the weekend pushed across southeastern Europe and the Back Sea region – it appears likely Omega blocking pattern could develop over Europe later this week. More on this potential new cold blast in the coming days when trends are better defined. 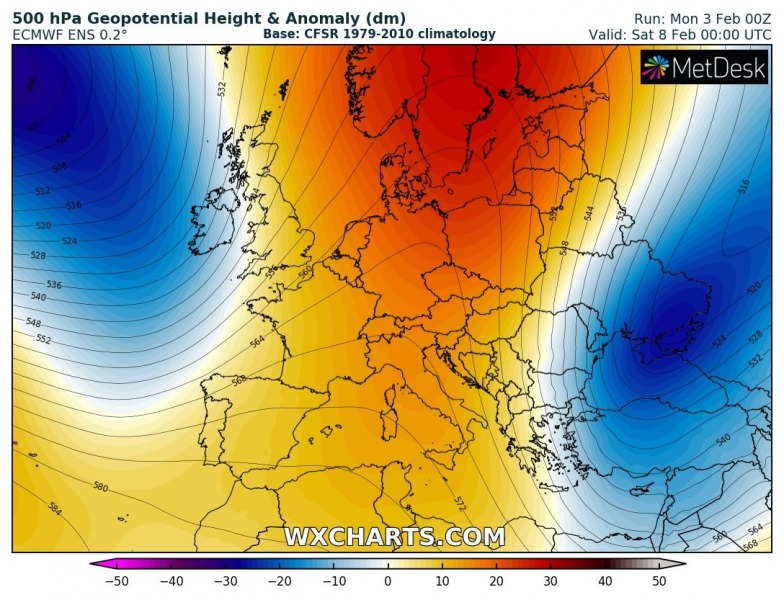 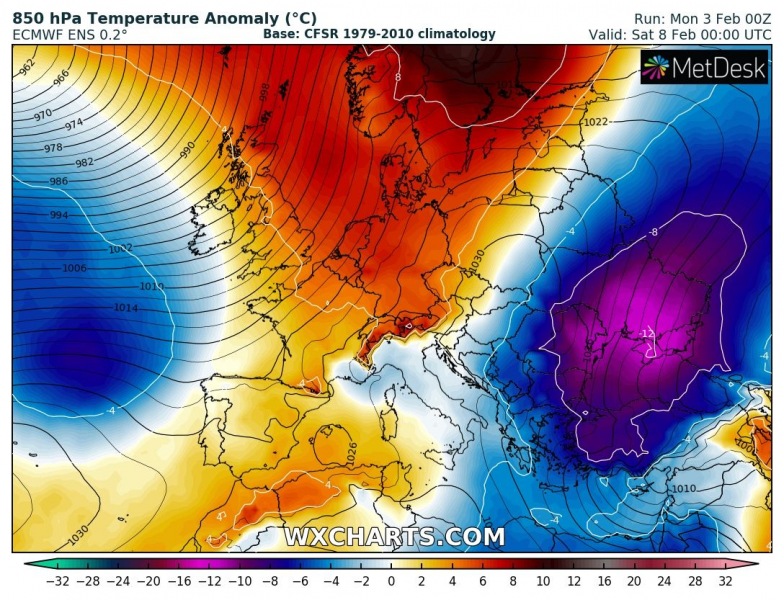 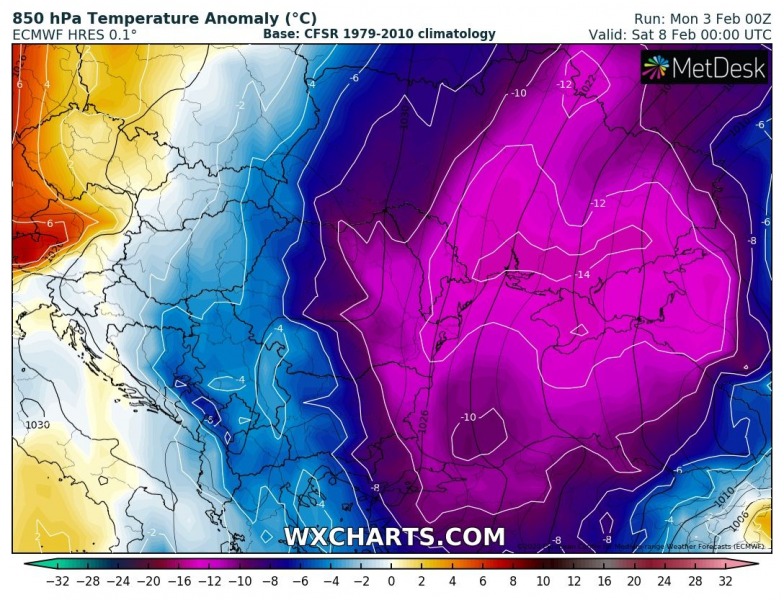 Share on TwitterShare on RedditShare on FacebookShare on PinterestShare on WhatsApp
Week 18-2019 (Apr 29th – May 05th) Contest Winners
← Previous
Another large and deep cyclone over the North Atlantic, growing in size over the Labrador Sea, Feb 3rd
Next →
Comments are closed.