All models are in very good agreement we will be facing a powerful and very dangerous cold outbreak from Sunday through Thursday. An advection of extremely cold late March temperatures will spread across east-central Europe and the Balkans first, then also reaching the Mediterranean and western and southwestern Europe. There is a *high risk* for the destructive frost of fruit trees and crops, as temperatures should drop well below zero after a very warm period lately, which led to way too early blossoming of trees. Strong winds will develop even lower wind chills.

The high-pressure system is already strengthening across the northern half of Europe, in response to an expanding upper ridge and developing Rex block pattern. Over the next few days, the central pressure will rise above 1040 mbar while the ridge/system expands also across east and central Europe. This will allow meridional flow on its eastern flank, advecting *much* colder air mass towards central Europe. 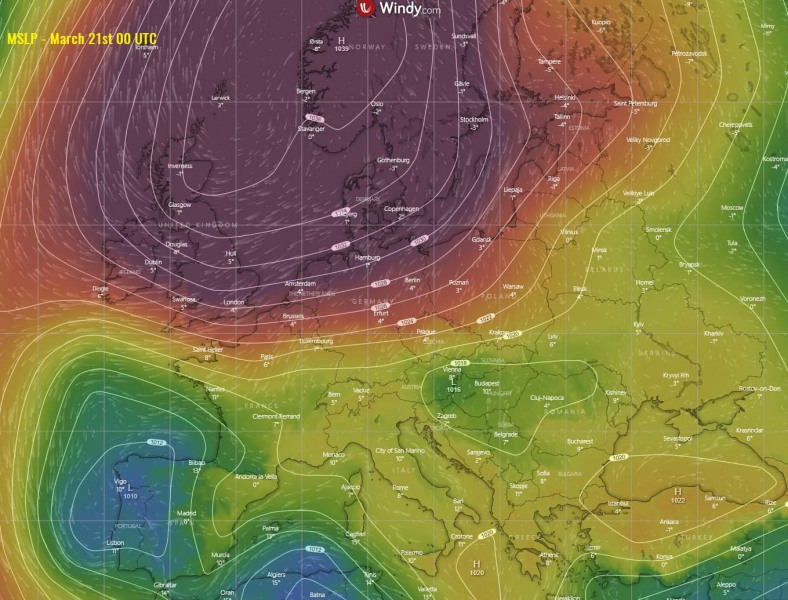 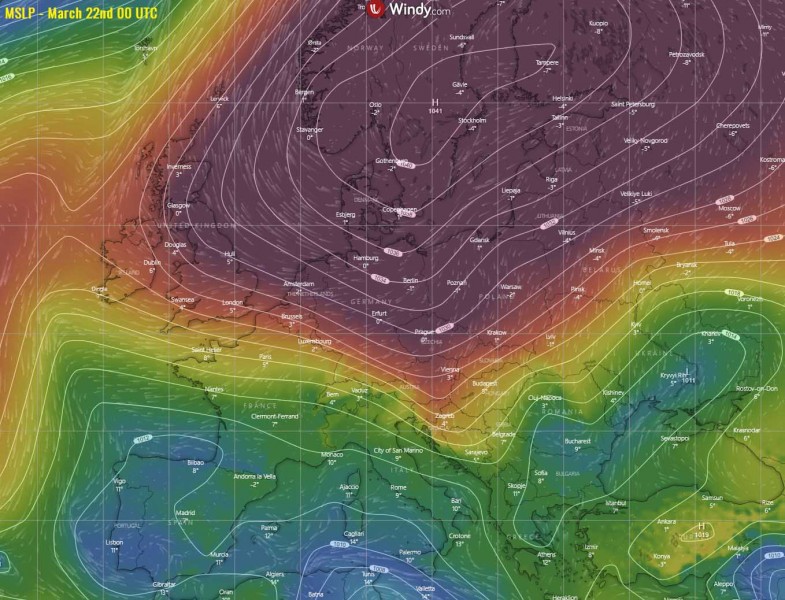 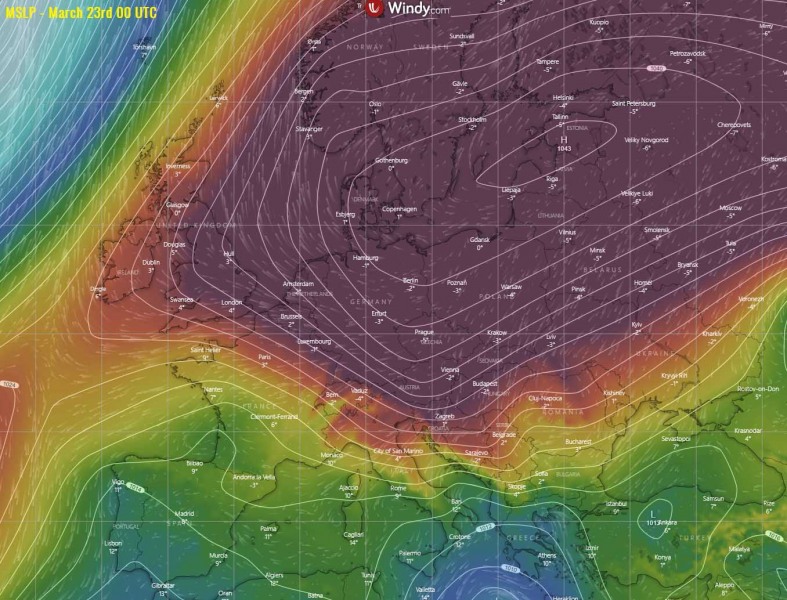 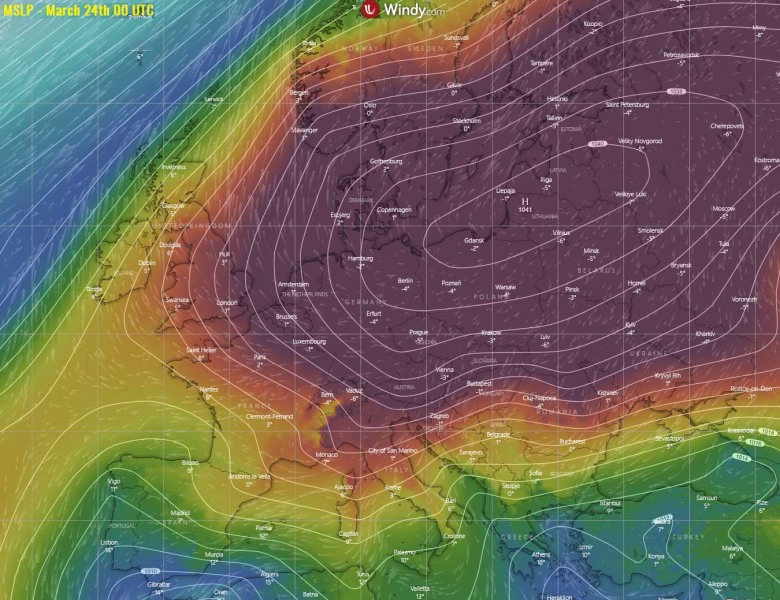 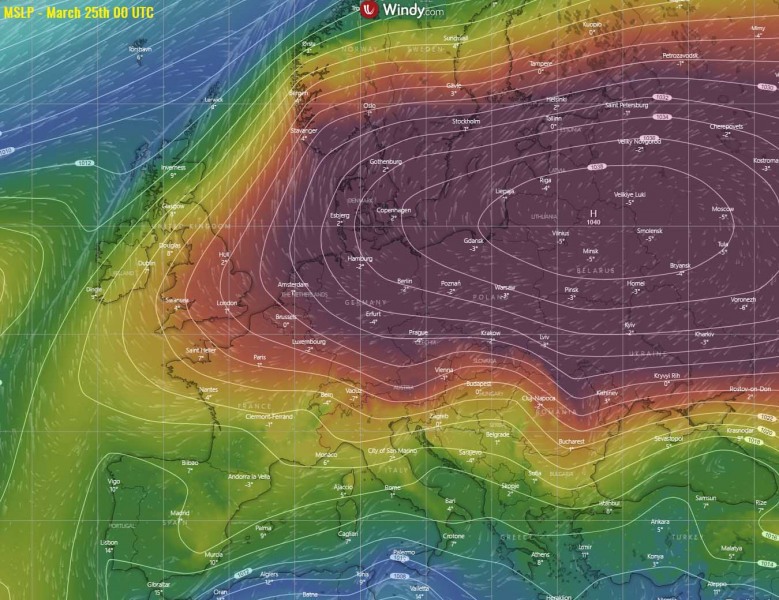 A strong cold advection is starting across northeast Europe tonight, gradually expanding and intensifying towards east-central Europe and the northern Balkans over the weekend. Early next week, the cold pool maintains over central Europe but also continues advecting into Mediterranean and west-southwest Europe through mid-week. Attached are the 850 mbar temperature anomaly maps. 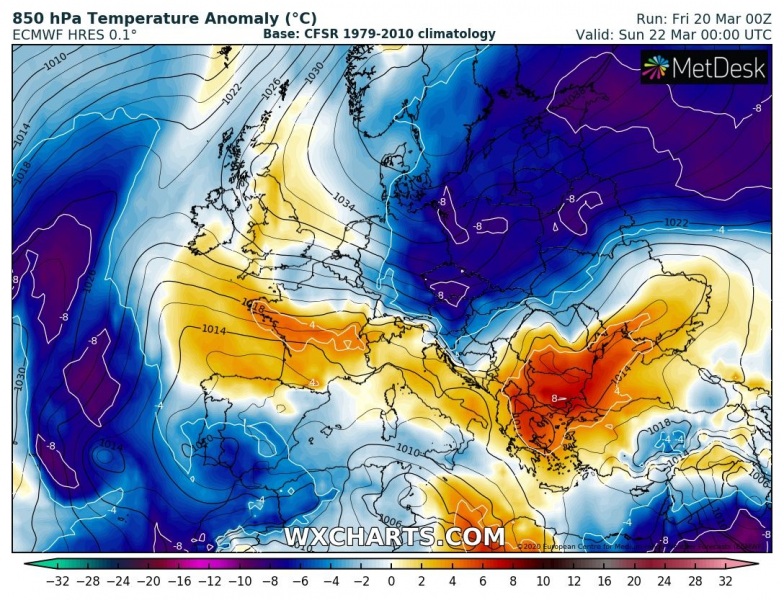 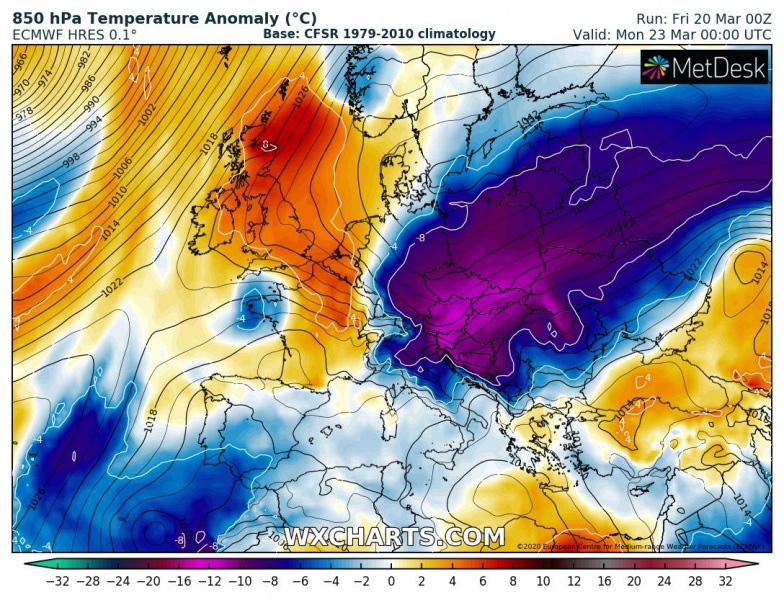 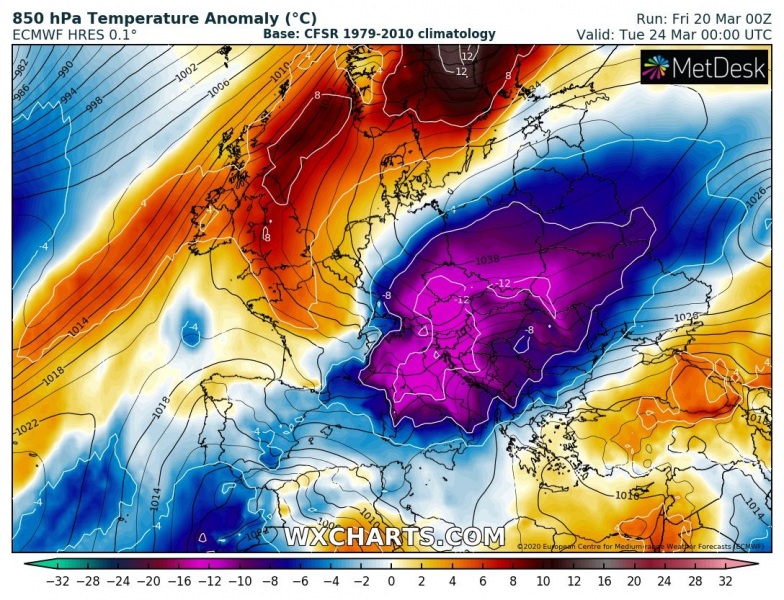 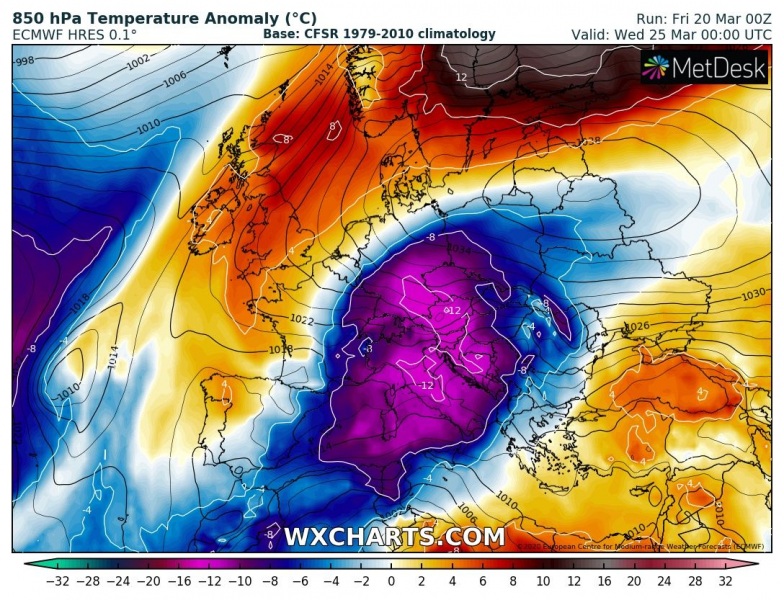 The peak of the cold outbreak across central Europe is likely to be from Monday to Thursday as the lowest temperatures aloft will be present in this period. Attached are the minimum 2-meter temperatures during the first days of next week for west-central Europe and southern Europe – many regions should experience -3 to -6 °C in the nighttime, potentially even lower locally. Temperatures below zero are likely across a very large part of continental Europe through early-mid next week, including UK, Wales, and northern Spain again! Something we don’t want to see in spring! 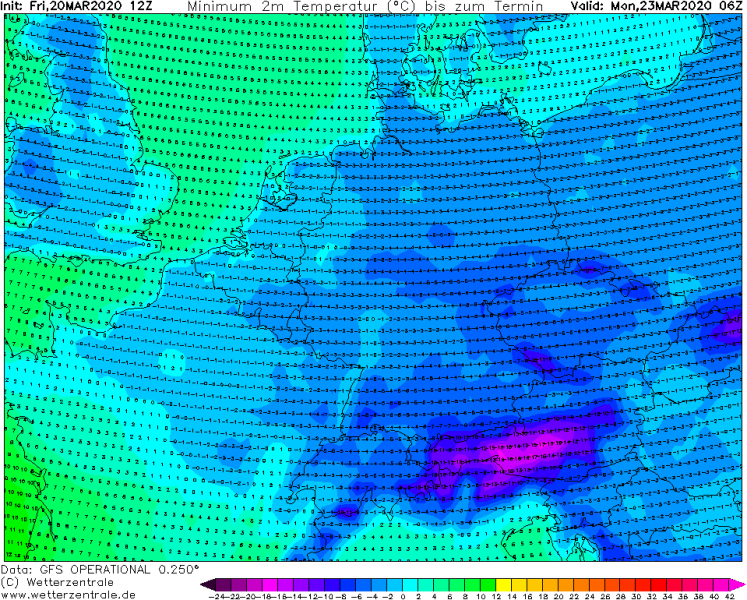 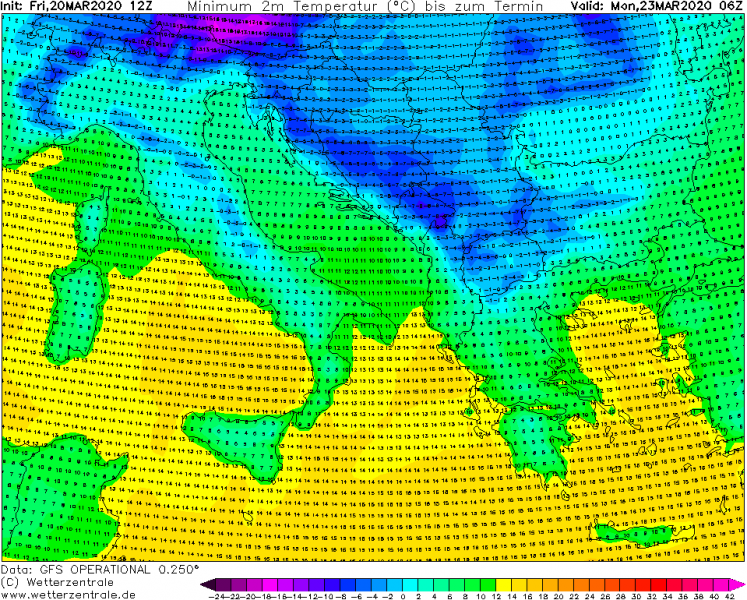 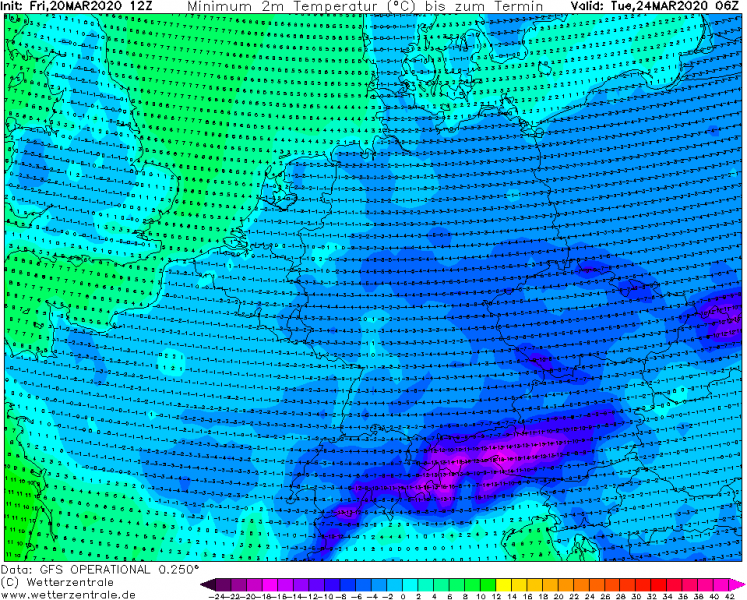 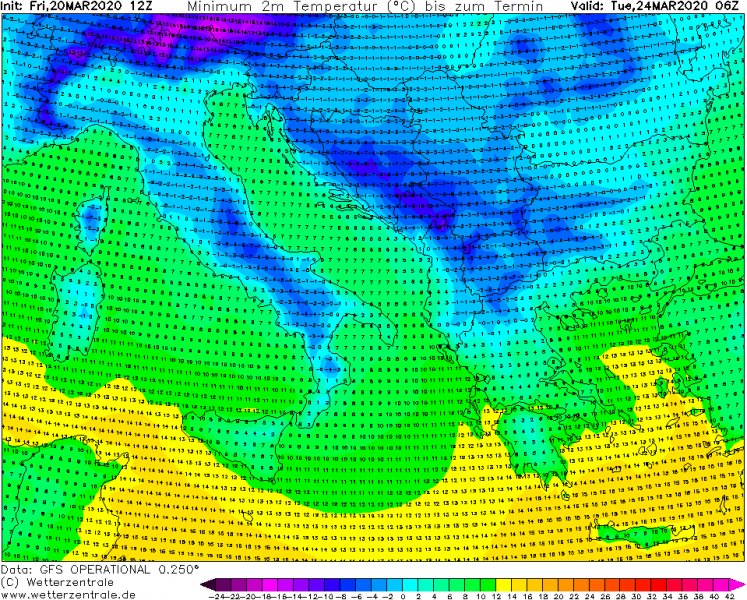 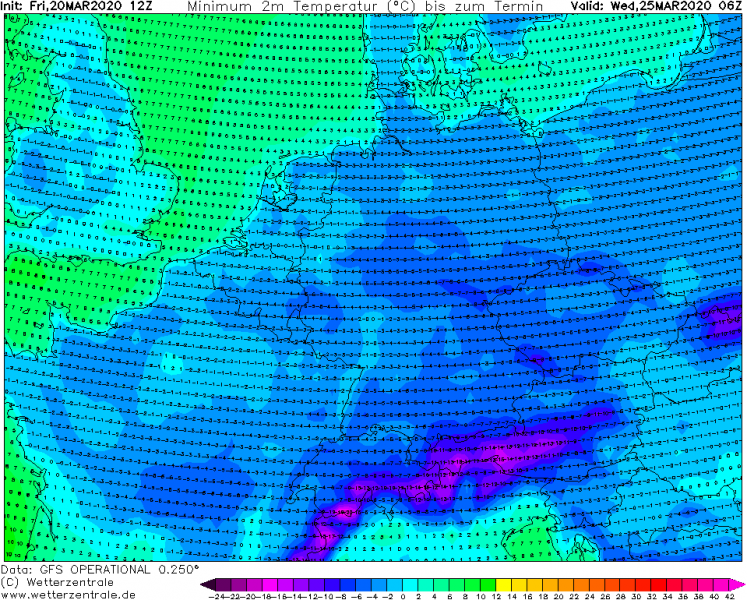 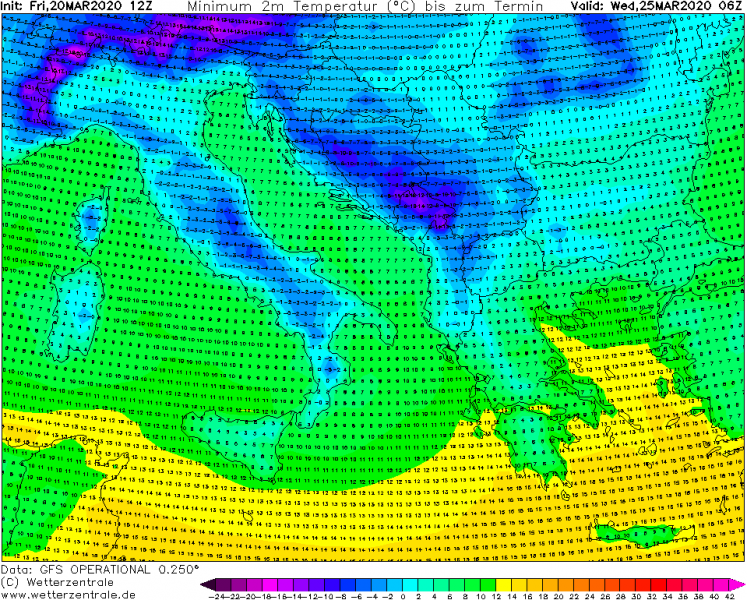 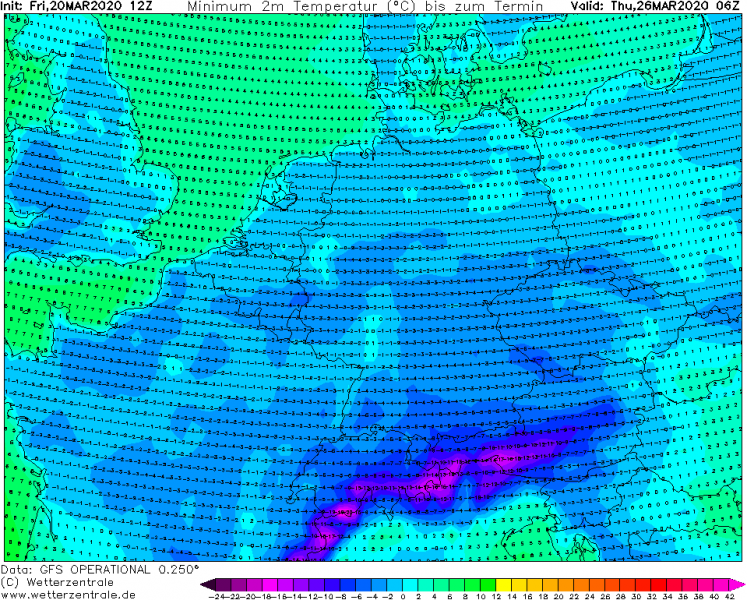 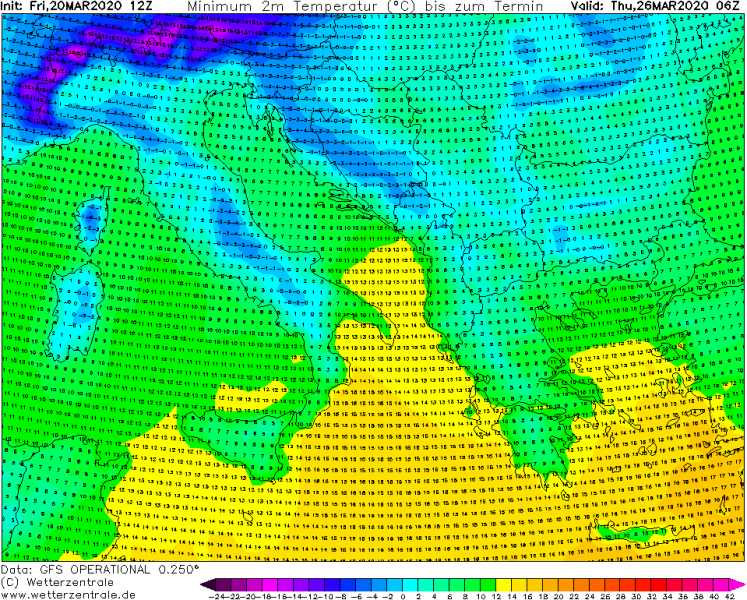 The forecast temperatures are *particularly* extreme given the fact there’s been very warm lately so many regions already have blossoming fruit trees (e.g. peach and almond plants). At full bloom, temperatures below -2 or -3 °C are normally critical for damage. And the temperatures will likely be even lower! However, taking into account the position of the high-pressure system will also result in strong northeasterly winds (especially across the Balkans and Italy), full nights with below zero temperatures (imagine the windchills) could be destructive!

We can also see how intense the cold advection is, using the meteograms along the core of the trough moving from eastern towards the central Europe. Attached are meteograms for Lviv, Bratislava, Ljubljana and Rome. We can see the progression of the cold blast from northeast towards southwest, starting over Ukraine tonight, reaching Slovakia on Saturday, Slovenia on early Sunday and central Italy on Monday: 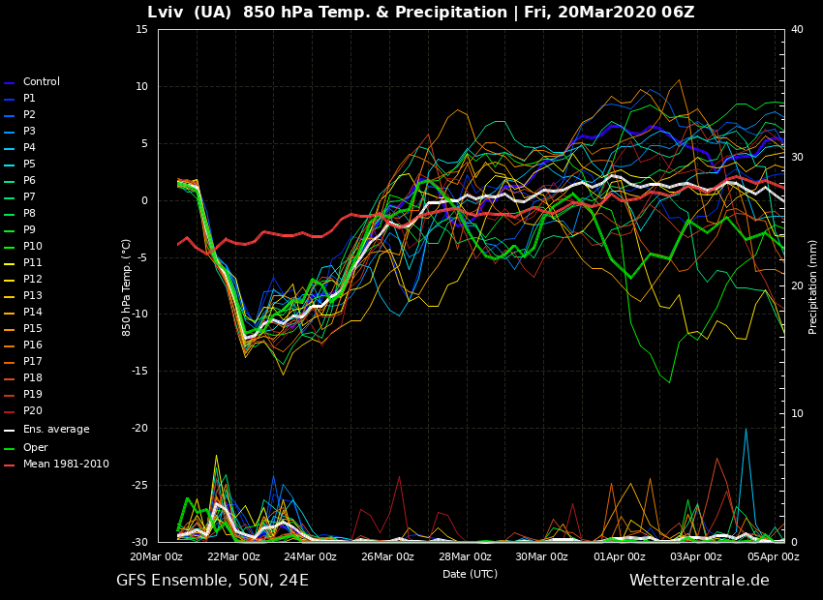 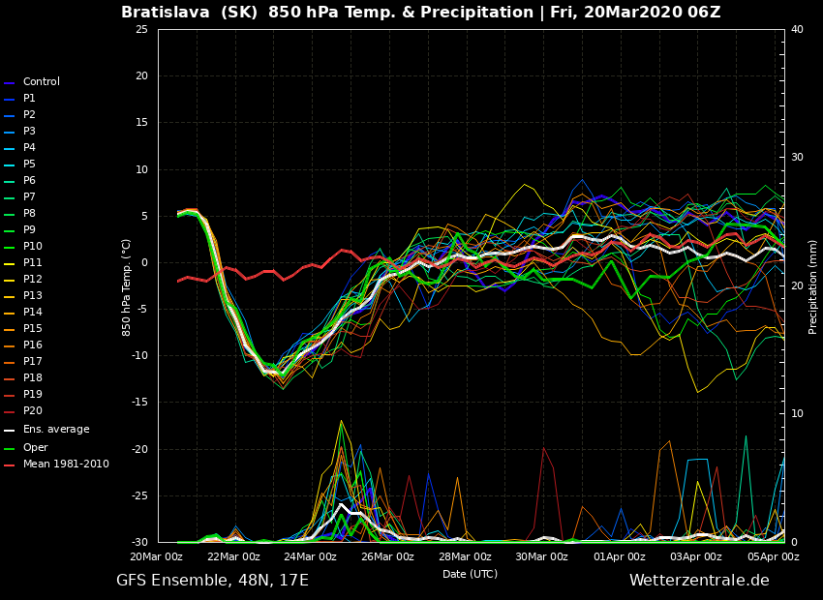 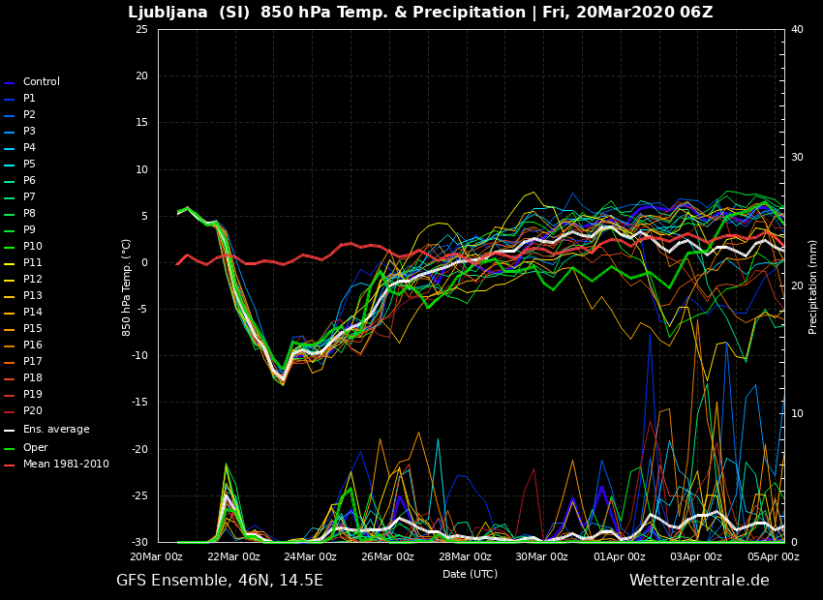 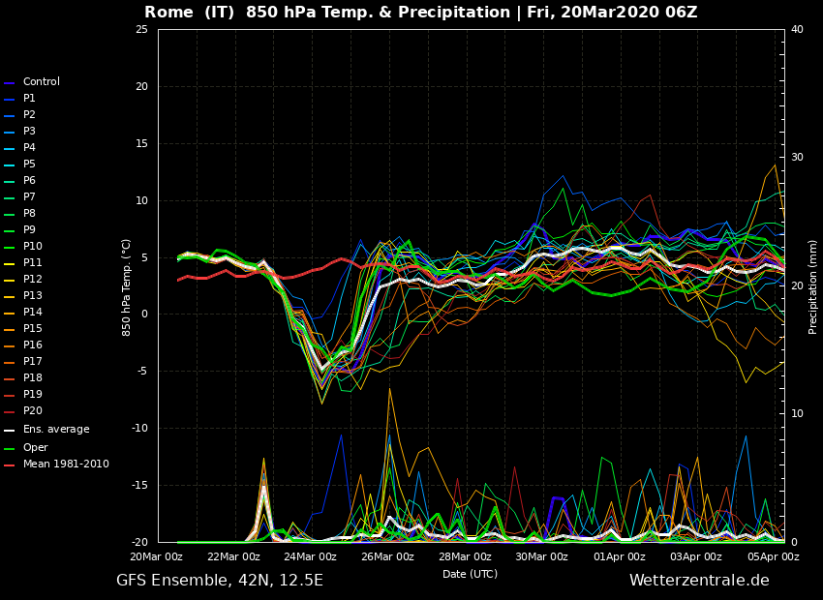 Under the powerful upper-level ridge, the result of strong warm advection and warming of the subsiding air parcels will bring very warm days across Scandinavia. Attached is the forecast map on Wednesday morning and the GFS ensemble meteogram for Sundsvall (central Sweden). We can see a colder period until Monday, then significant warming warms the air mass for around 20 °C (approx. +5 °C at 850 mbar), so very warm days are likely over Scandinavia: 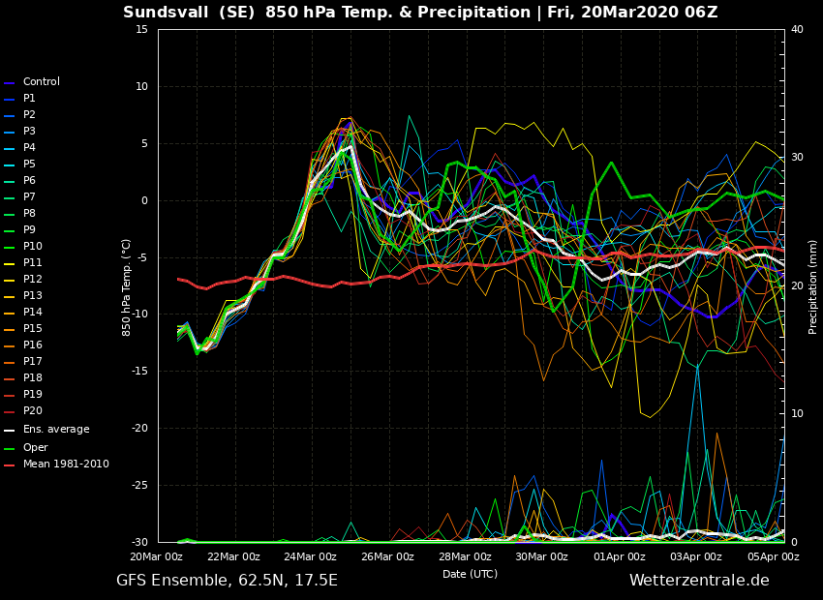 Stay alert! We will be posting more follow-up posts this weekend – stay tuned!

There is also an Arctic outbreak across the United States currently:

Share on TwitterShare on RedditShare on FacebookShare on PinterestShare on WhatsApp
Exceptional but very didactic NASA Terra-MODIS satellite imagery of the Arctic region
← Previous
New data of #COVID-19 effects on the significant decline of nitrogen dioxide over China, now again increasing as lockdown is over
Next →
Comments are closed.