An upper low is located over the E Mediterranean and the Middle East with a gradually deepening surface low over the sea south of Cyprus. Fairly active convective storms are visible since mid-afternoon today. In addition, several models are hinting development of a shallow warm core tomorrow during the day and system could intensity further. 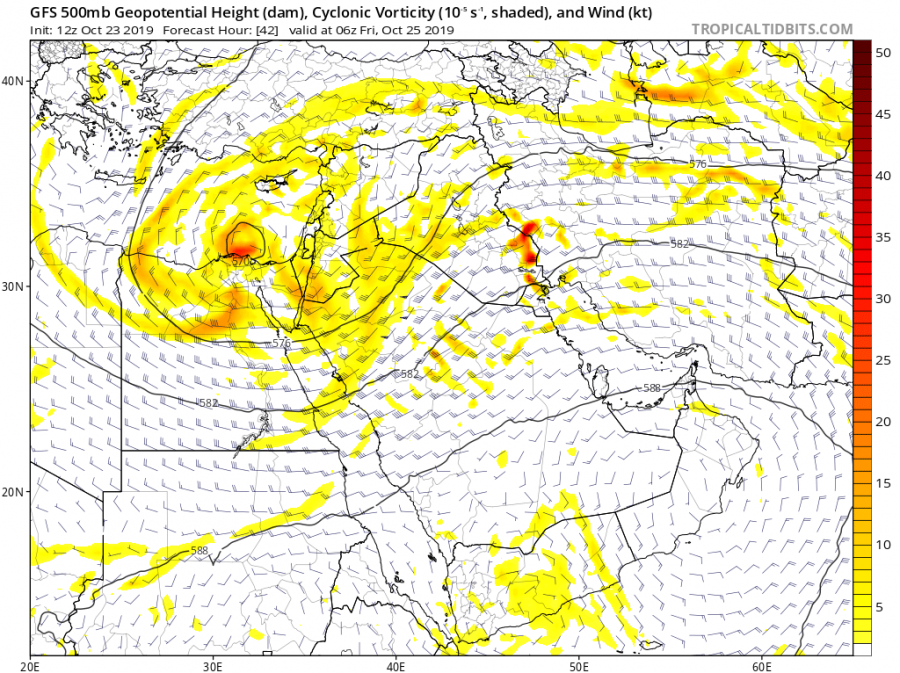 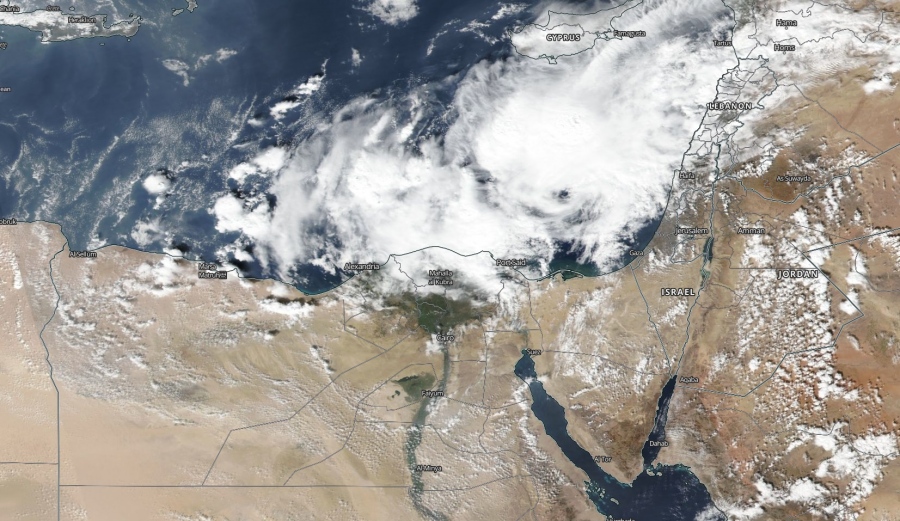 These are phase diagram forecasts by CMC and GFS models, hinting a development of a shallow symmetrical warm core just north of Sinai peninsula (Egypt) tomorrow. The potential core center would wobble around virtually the same position until Friday when it could push towards Sinai and make landfall there. 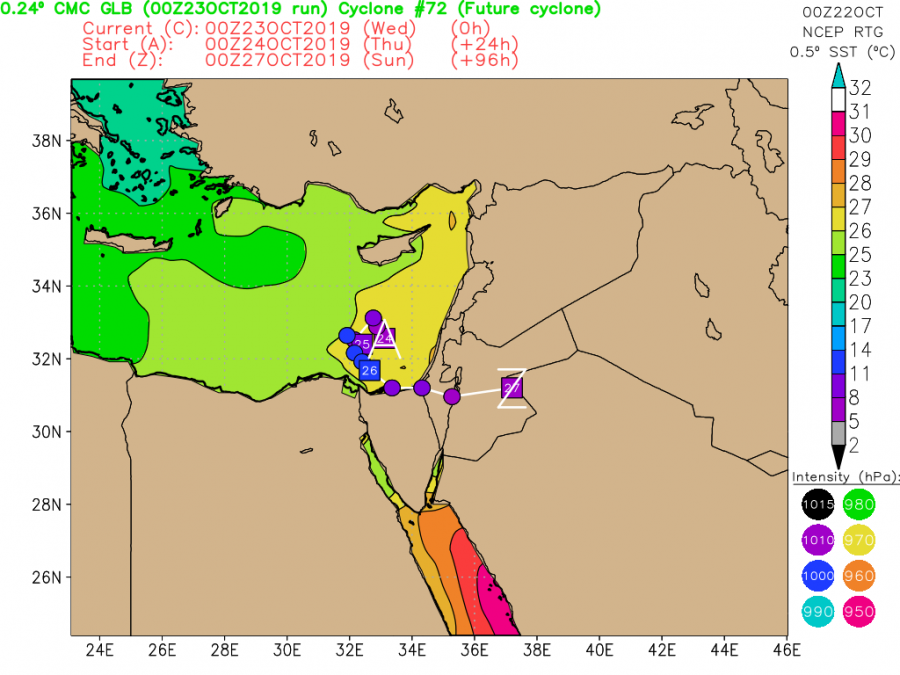 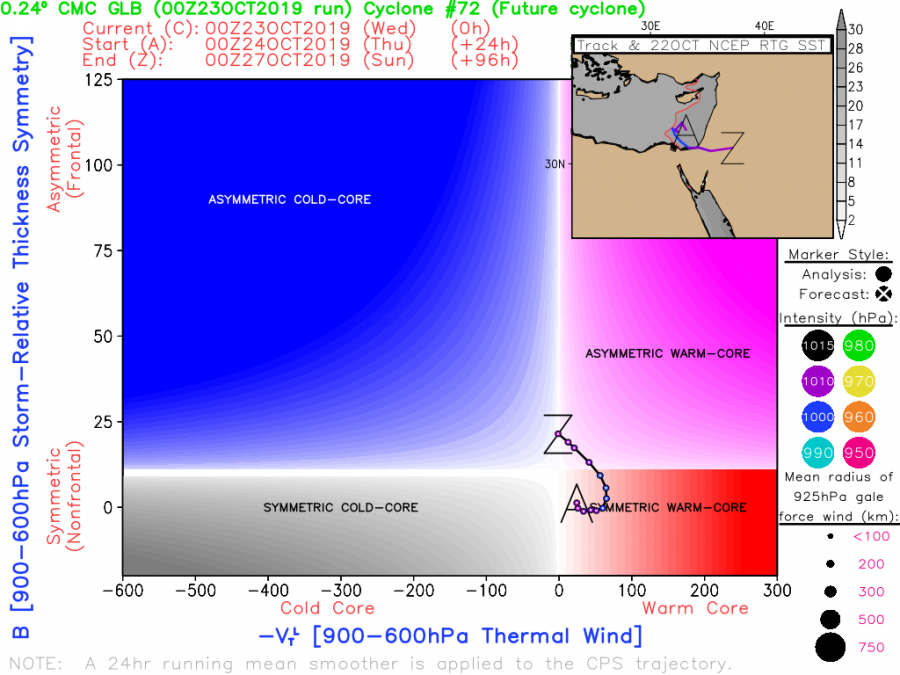 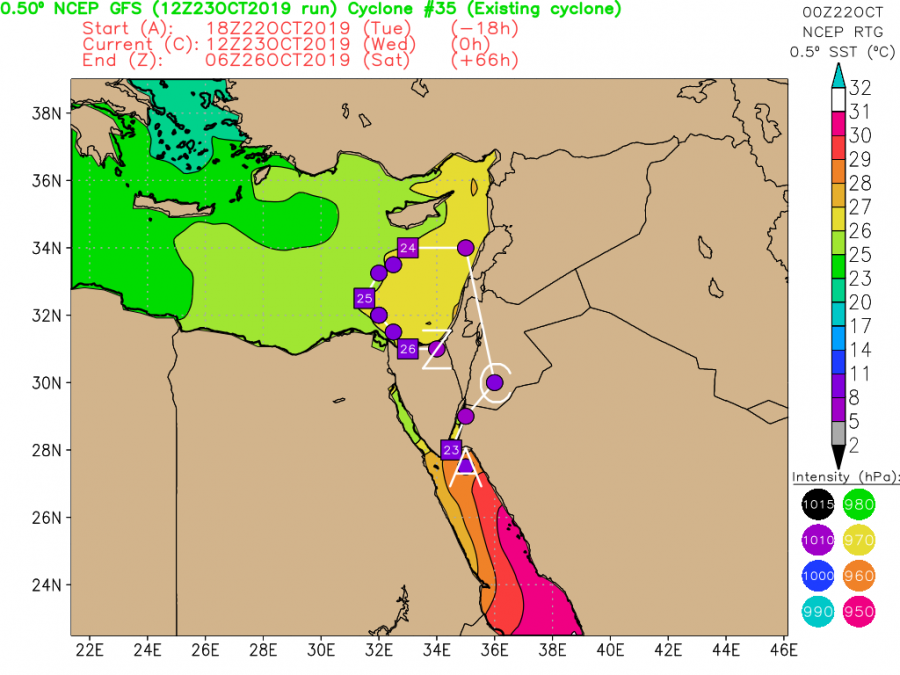 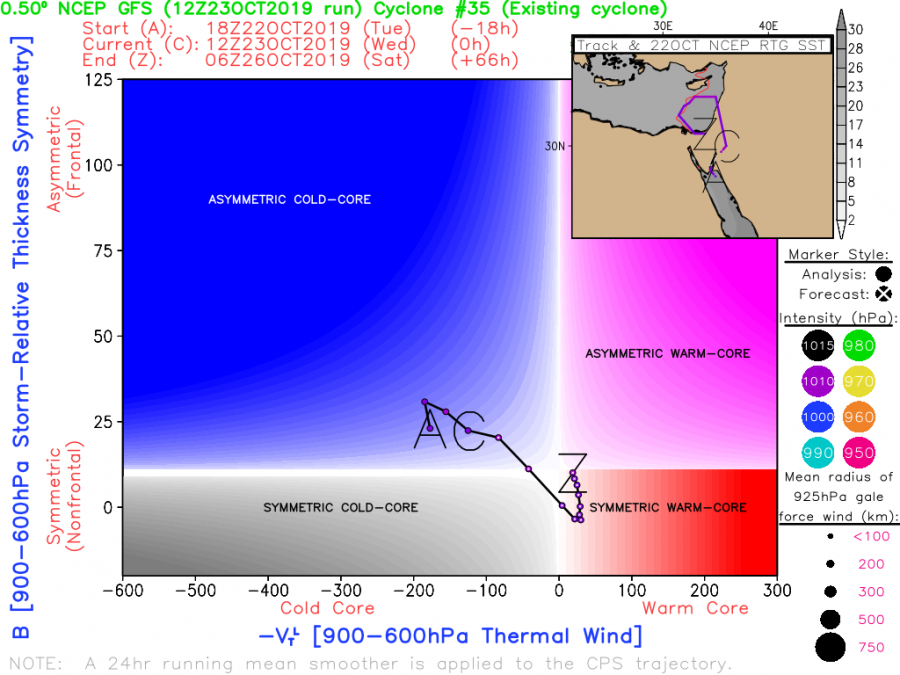 The cyclone will likely not be particularly strong and peak gusts might not reach severe criteria, but the overall structure of the low / warm core deserves some extra attention. We will monitor its evolution until Friday and update it if necessary. Attached are ICON-EU and GFS maps. 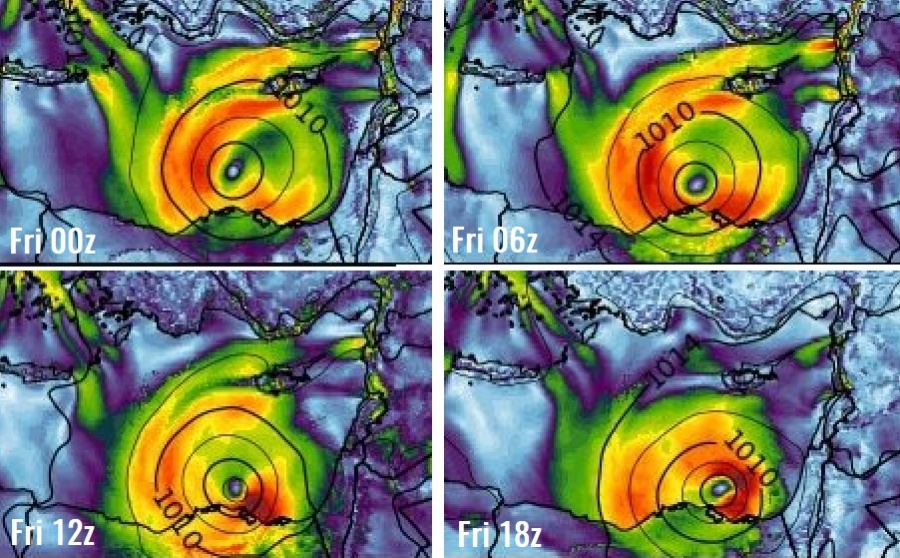 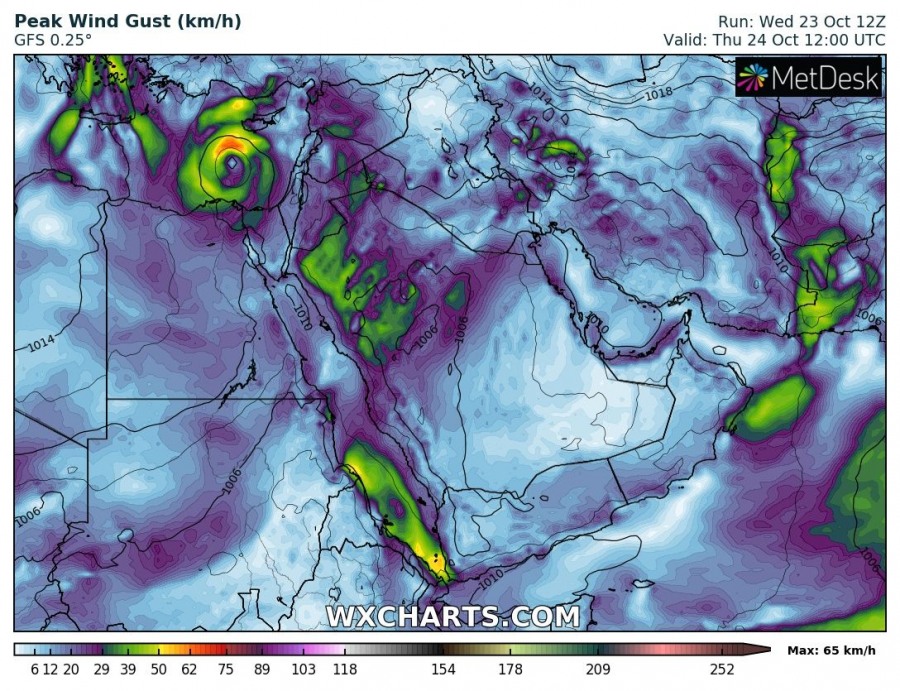 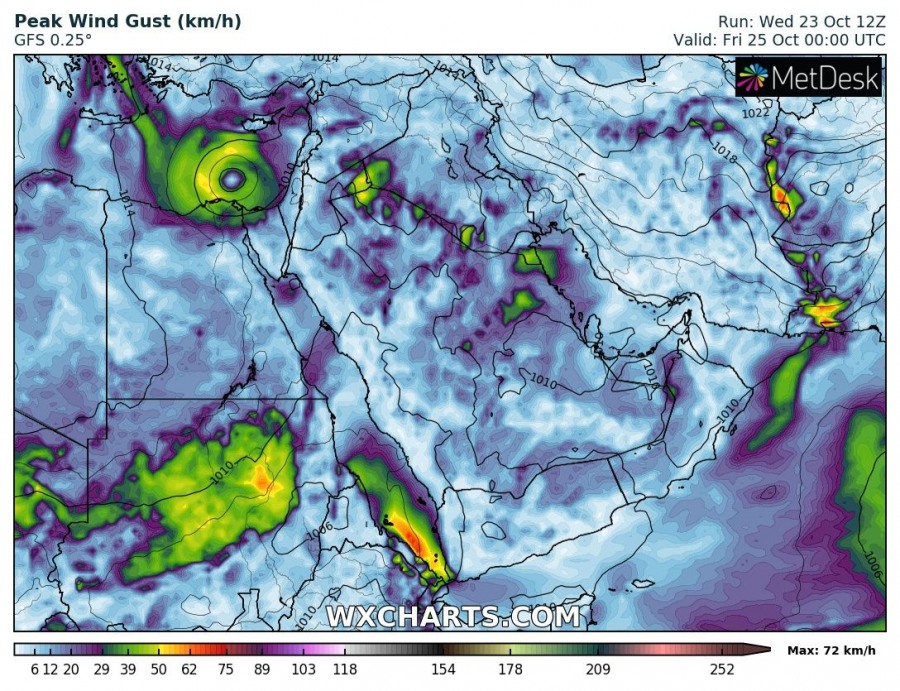 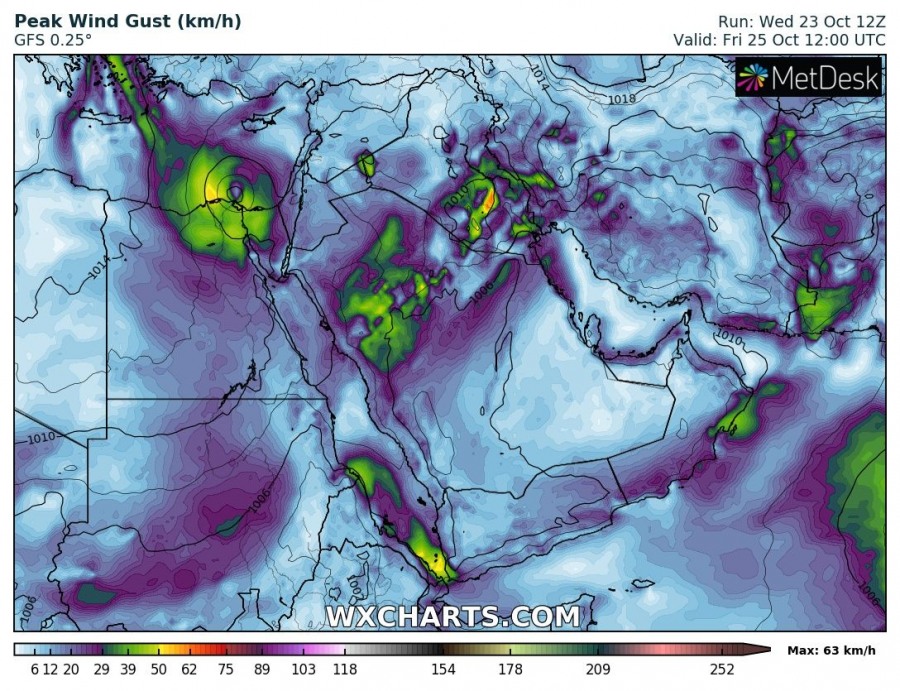 However, looks like the majority of rainfall would stay offshore and would not affect land areas with excessive rainfall threat. But since the core is not yet fully developed, this could change and enhance the potential for flash floods along the coasts of the Middle East, Cyprus and N Egypt. 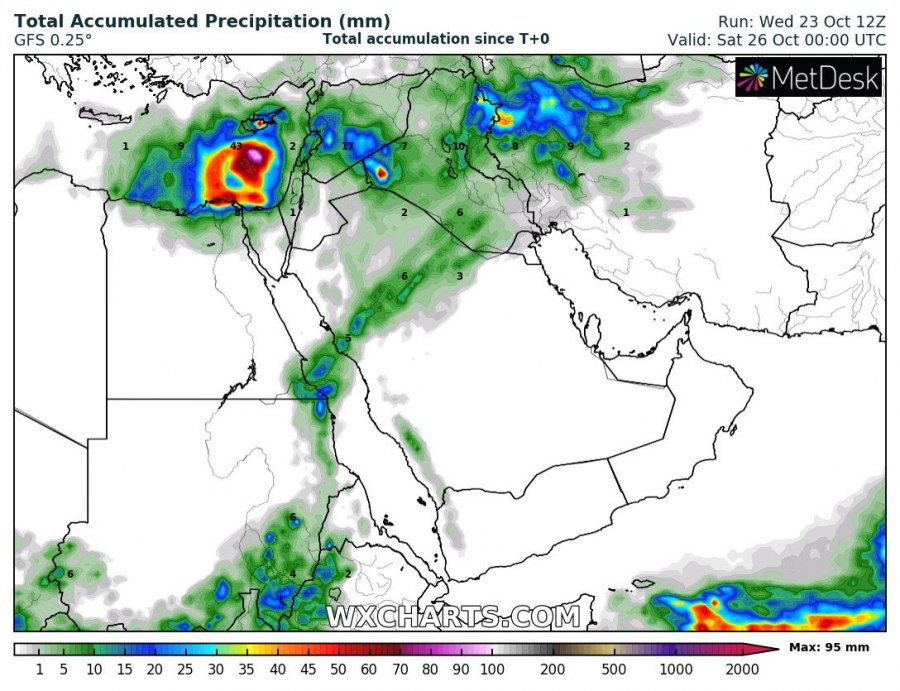 Share on TwitterShare on RedditShare on FacebookShare on PinterestShare on WhatsApp
Finally, the first serious *Arctic outbreak* of the season is coming up next week, Oct 29-31st
← Previous
A cyclone with severe winds will push across western Europe, North Sea into S Scandinavia this afternoon and tonight, Oct 25/26th
Next →
Comments are closed.