Europe is meteorologically divided into two regions this week; to an extensive upper ridge across the northern parts of Europe and a progressive dynamic pattern across the southern parts – upper lows moving across Iberia and Mediterranean. This evening, a spectacular satellite presentation is visible of both upper lows. Systems will bring excessive rainfall threat in some parts of Mediterranean region until Friday.

Satellite imagery is quite spectacular, revealing an impressive structure of the Mediterranean low. The eastern upper is quite large, having a well-defined surface frontal system established and an impressive cloud pattern. It is centered south of Sardinia island. The western low is entering southwest Iberia, with a well-defined surface cold front moving across southern Spain. An occluded front is entering the southern Portugal coast. During the afternoon hours, it was possible to see the Saharan dust advection into the southern Mediterranean as it can be seen on the second and third image: 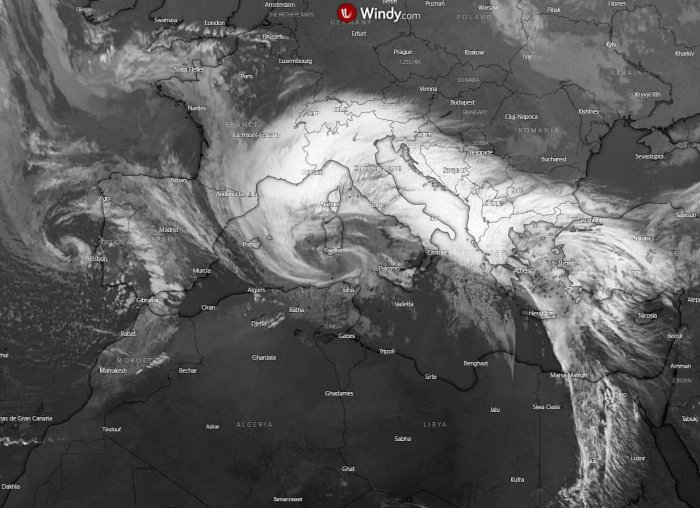 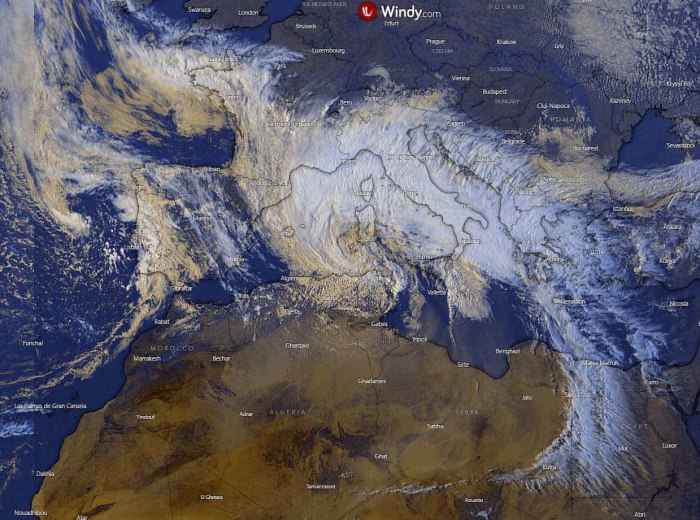 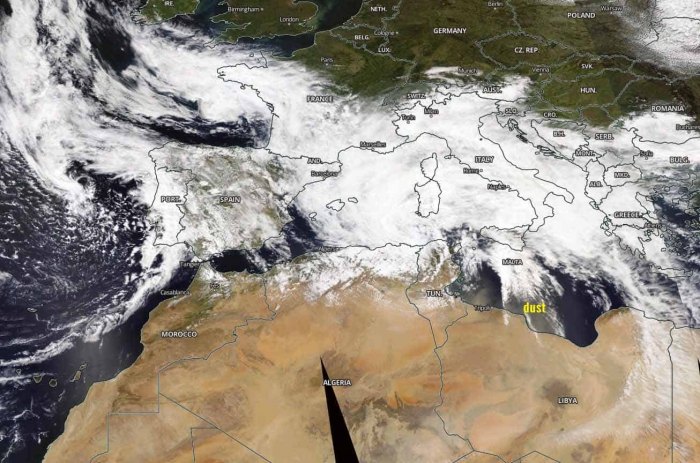 On Tuesday morning, both upper lows are nicely visible on the 500 mbar charts. While the one over the southern Mediterranean is weakening already, the upper low over western Iberia remains quite deep. They will gradually merge into one larger upper low through mid this week. The center of this merged low will slowly move south into North Africa and dissipate in the second half of the week. To the north of this progressive pattern channel, a very powerful and extensive upper ridge dominates most of our continent. 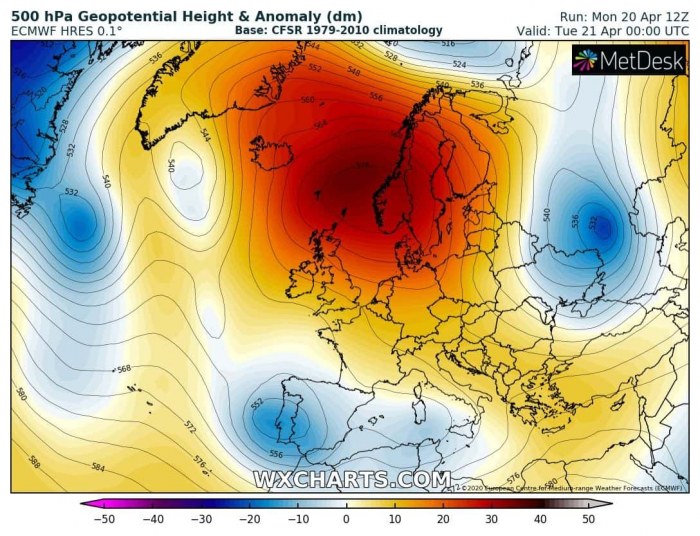 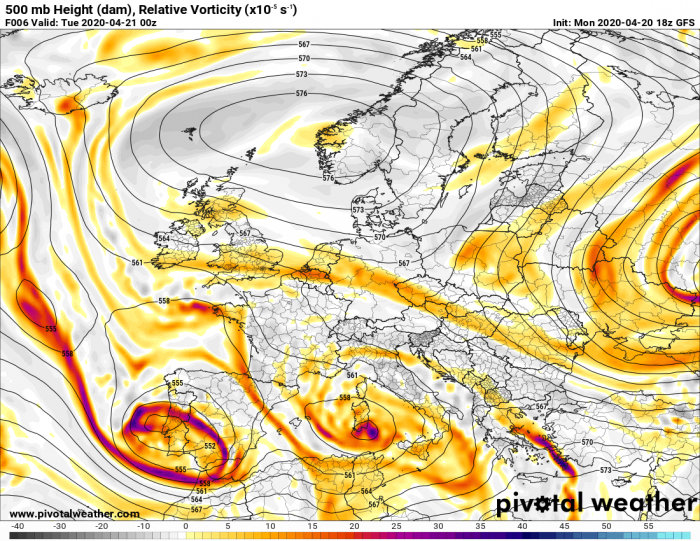 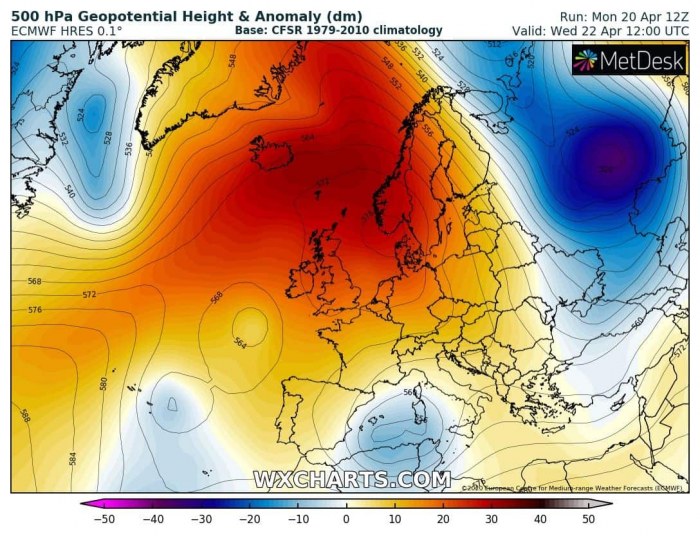 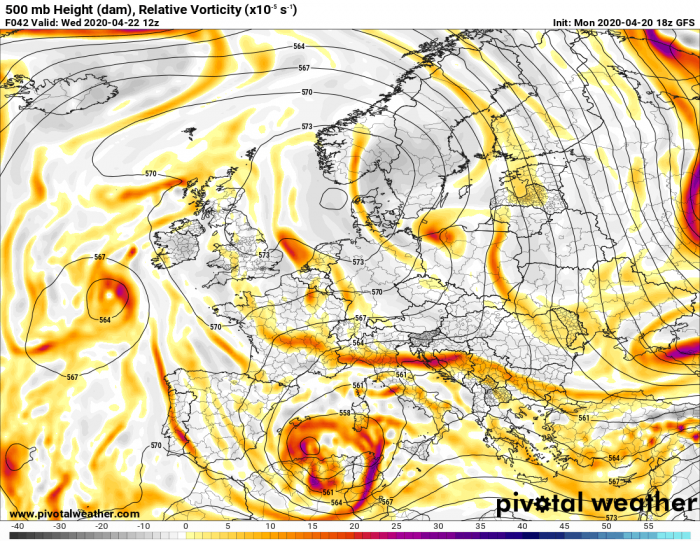 Both upper lows together will bring an excessive rainfall across the Mediterranean, locally more than 150 mm of rain is possible until Friday. Precisely over northeast Spain, eastern Pyrenees, eastern Corsica (France), eastern Sardinia (Italy) and east-central Italy. These areas will experience the most pronounced orographic rainfall, mainly to the east-southeast sides of the mountain ranges. 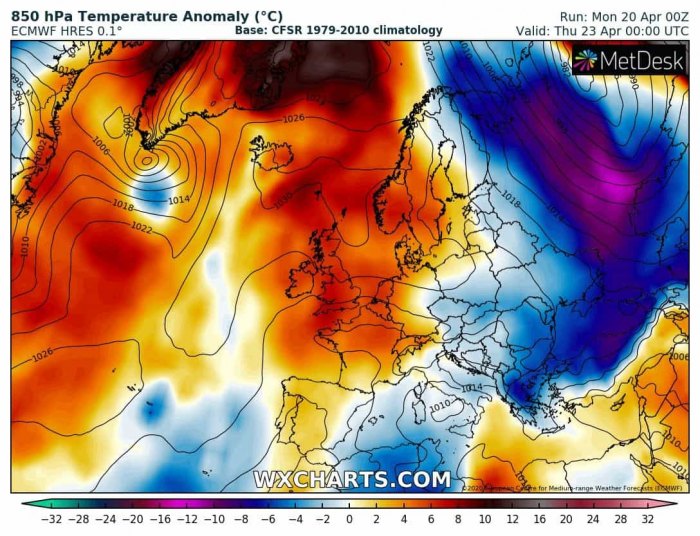 Share on TwitterShare on RedditShare on FacebookShare on PinterestShare on WhatsApp
A very powerful upper ridge and strong warm air mass advection into far North Atlantic and Greenland until Thursday
← Previous
Saharan dust advection across southern Europe, reaching France, England and Ireland on Wednesday
Next →
Comments are closed.