As we discussed yesterday, yet another explosive development of the extra-tropical cyclone was expected today. An upper wave ejected from eastern Canada into the Northwest Atlantic and deepened, resulting in explosive cyclogenesis at the surface. The satellite presentation is simply outstanding and reveals some very interesting details of the Arctic air mass advection behind the deep low. Rapid intensification continues while the cyclone is moving towards the northeast.

Here are some of the remarkable satellite images in Infrared and Visible channels. So didactic and textbook to say at least! A powerful system with a huge cold pool Arctic air mass advection behind the main cold front with perfectly visible effects of the Arctic air mass over the warmer sea – cloud streets over the Gulf of Sr. Lawrence and Northwest Atlantic. The frontal system itself is a textbook. 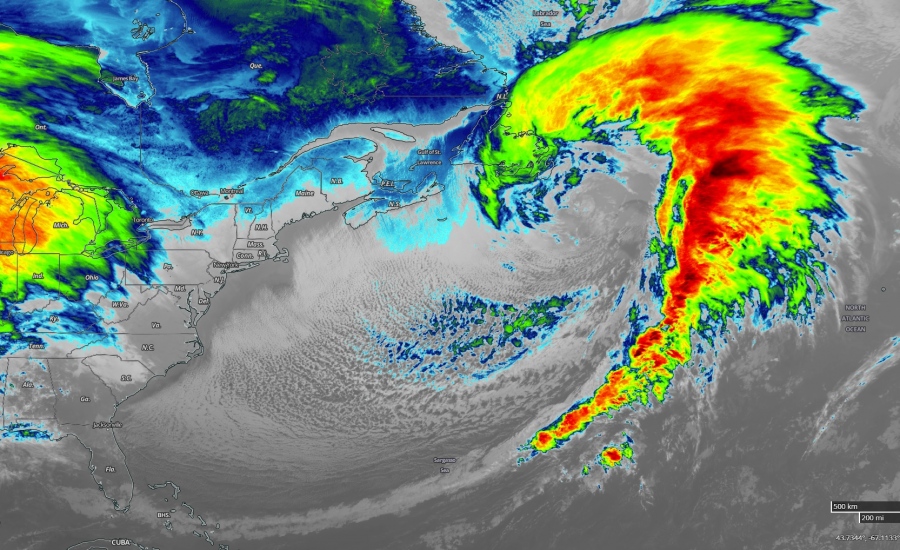 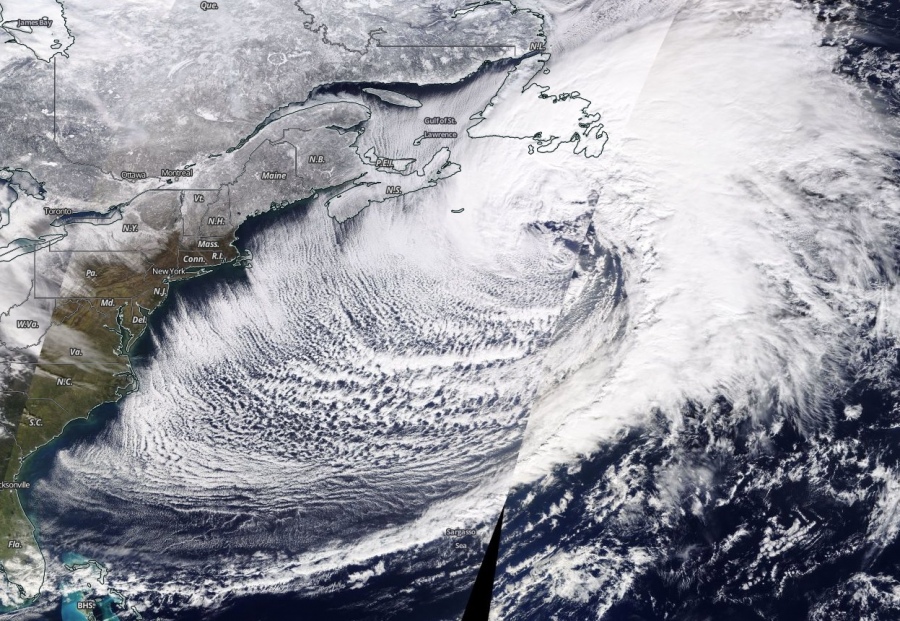 18 UTC surface analysis reveals the central pressure was around 960 mbar with developed huricane-force winds around the center low: 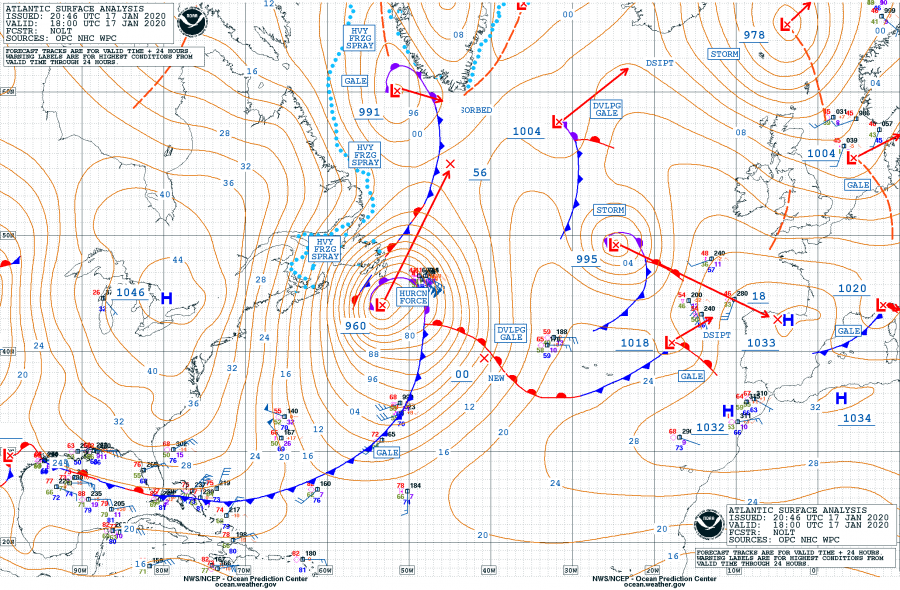 Here is a close-up view of the Arctic cold airmass advection across the northeast US into the Northwest Atlantic, resulting in a well-defined cloud streets just off the coast. There is also an ongoing lake-effect snow and convective cloud streets visible over the lake Ontario: 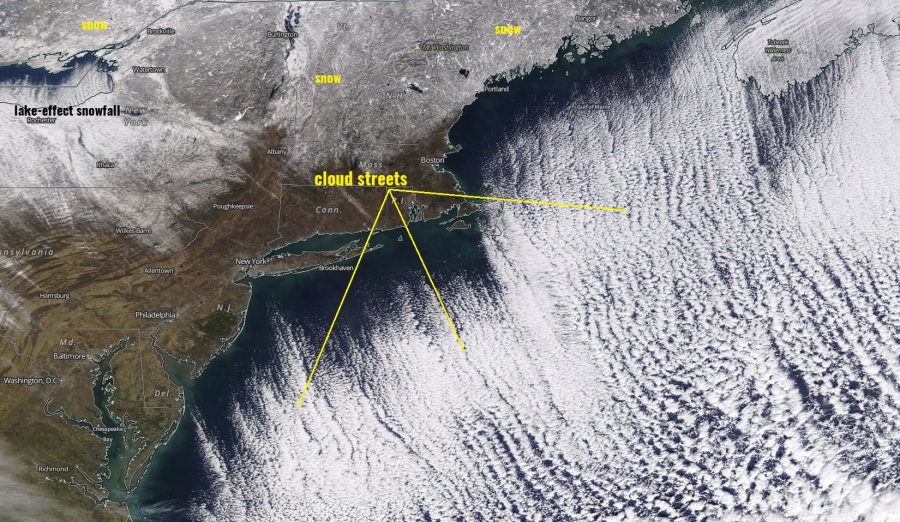 What about 4 cyclones on the same satellite image? Spectacular presentation of the whole – 1st deep cyclone along the Northwest US coast, 2nd cyclone across the Midwest, 3rd over the Northwest Atlantic and the 4th cyclone over the central North Atlantic. Remarkable! 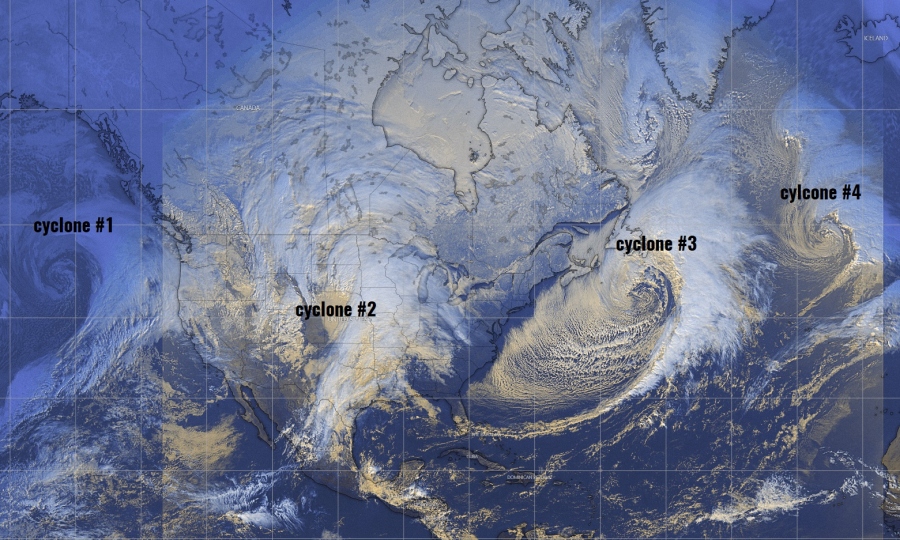 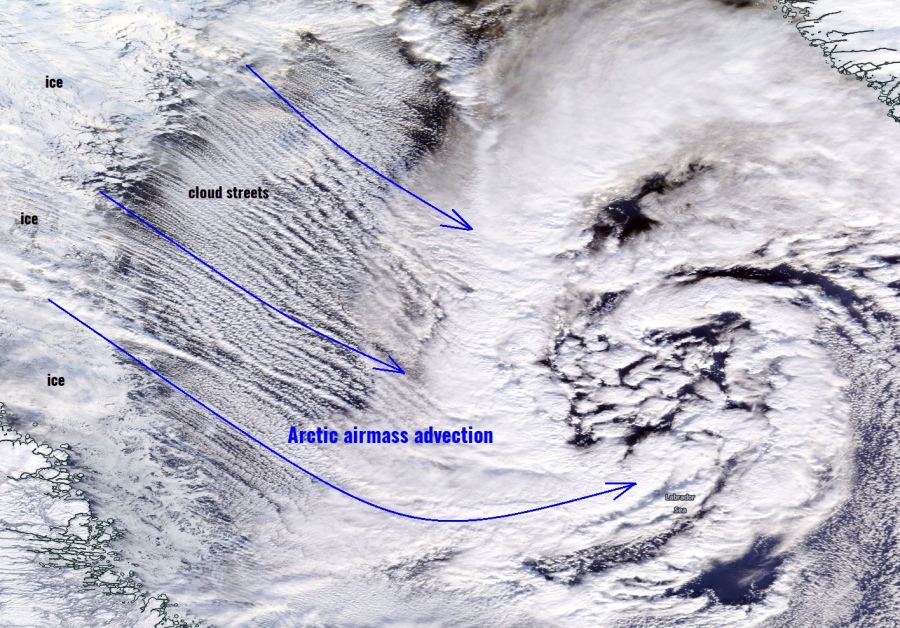 Cyclone’s future movement remains on track with the main discussion (find the link below) – it will be moving towards Greenland and Iceland this weekend, resulting in a huge severe winds swath and major waves / swell towards Iceland.

See the primary forecast discussion of the system:

There was another very photogenic cyclone in North Atlantic today:

Share on TwitterShare on RedditShare on FacebookShare on PinterestShare on WhatsApp
An *EXTREMELY HIGH* surface pressure develops over Europe through Sunday and Monday - 1048-1050 mbar will be possible in some areas!
← Previous
Week 01-2019 (Dec 31st – Jan 6th) Contest Winners
Next →
Comments are closed.