Ex hurricane Lorenzo will be impacting Ireland today as a post-tropical storm. Intense winds and extremely dangerous large waves are expected in parts of Ireland.

Post-tropical storm Lorenzo will track across Ireland today. The system will track northeast across the Atlantic west of Ireland, then sharply turn ESE late in the day and track across Ireland tomorrow morning. It will remain a deep system while over the ocean, likely bottoming out at ~970 mbar central pressure and rapidly fill by the time it reaches Ireland, likely to around ~990 mbar. 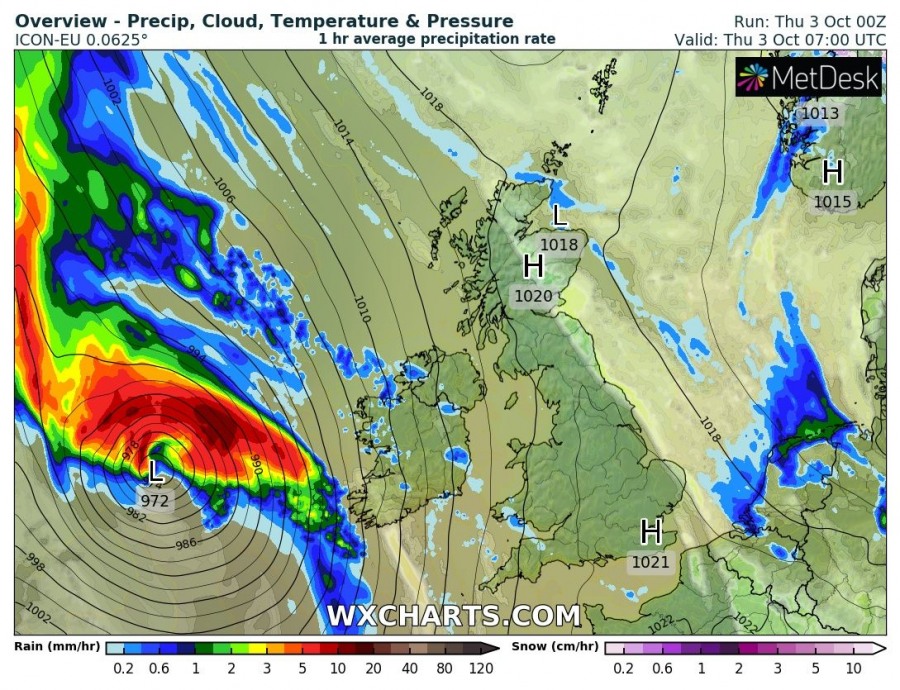 Expect peak wind gusts along the western coast of Ireland to reach into 120-140 km/h, with many locations along the coast reaching 100 km/h and above. 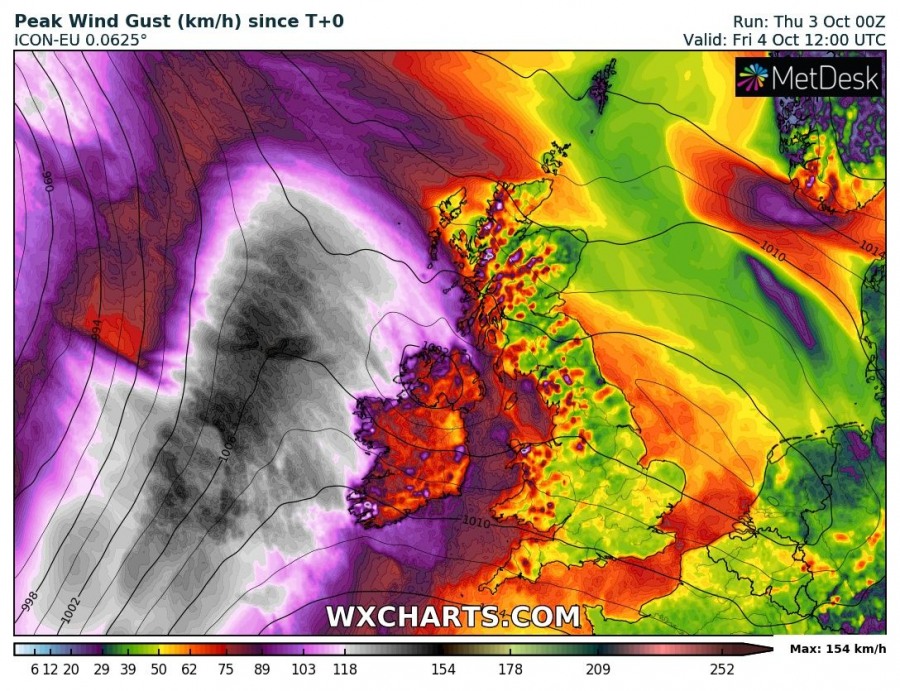 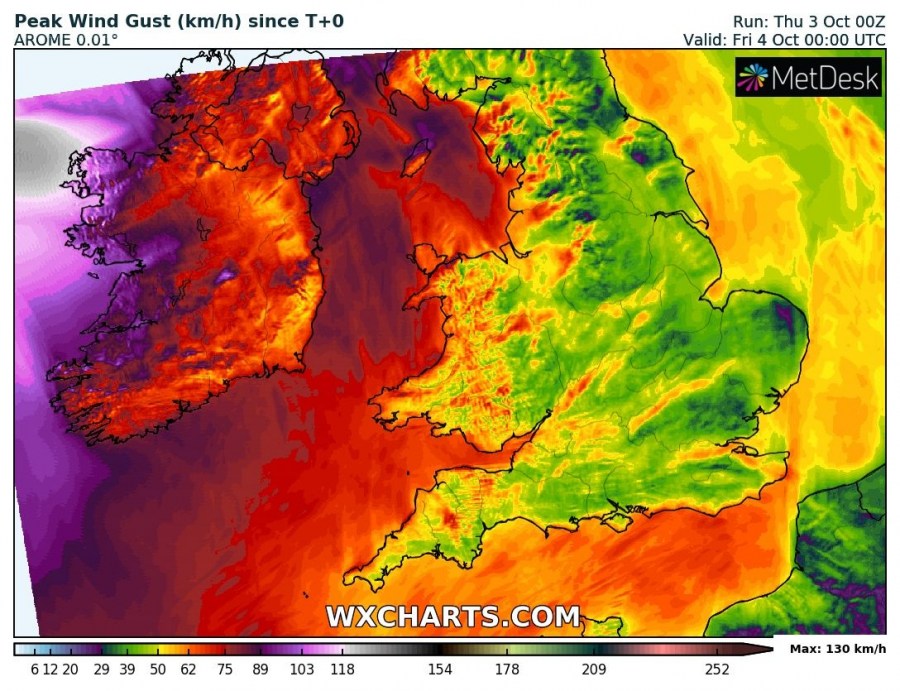 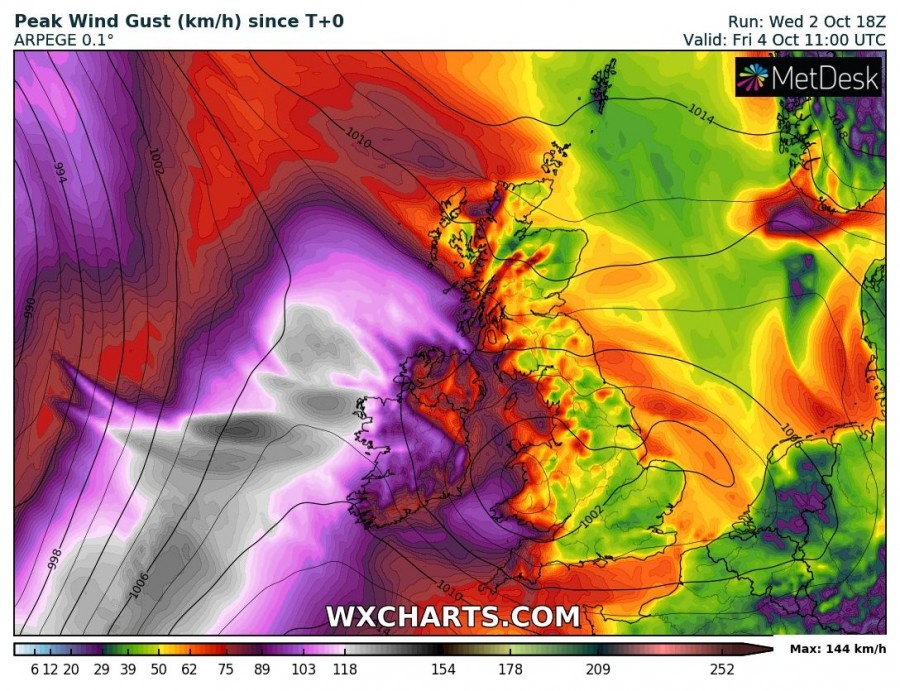 Share on TwitterShare on RedditShare on FacebookShare on WhatsApp
Week 10 (March 4 - 10, 2019) Contest Winners
← Previous
*Winter 2019/2020* Early look at the seasonal forecasts for the upcoming winter across the Northern Hemisphere!
Next →
Comments are closed.