Many eyes are looking into the next week’s pattern flip and cold outbreak, as winter 2019/20 has been very mild across many parts of Europe. The ongoing pattern is again supporting ridging over our continent with additional strengthening of the upper-level ridge this weekend. It will result in extreme temperature anomaly across south-central Europe and the Balkan peninsula – daytime temperatures will be 10-15 °C warmer than normal for early February and will locally push into low 20s °C!

The developing pattern across our continent this weekend consists of strengthening upper-level ridge over the southern half of Europe after Saturday, peaking on Monday before a deep trough pushed the cold outbreak from the north on Tuesday. At the same time on Tuesday, upper-level ridge also expands over the North Atlantic, so a more meridional flow establishes over western Europe towards the Mediterranean region. 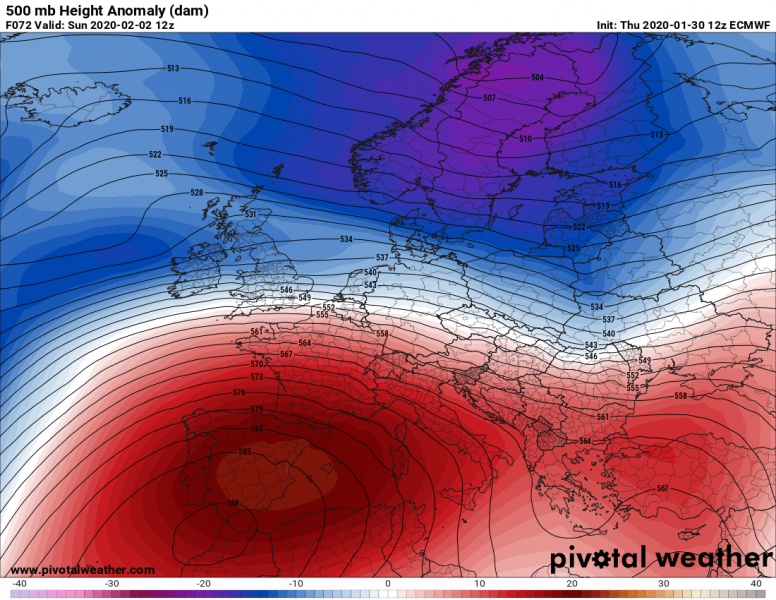 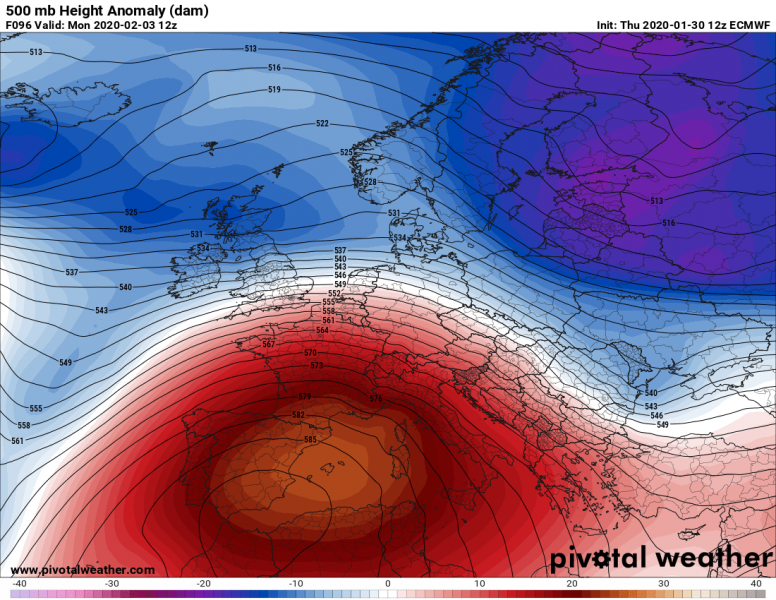 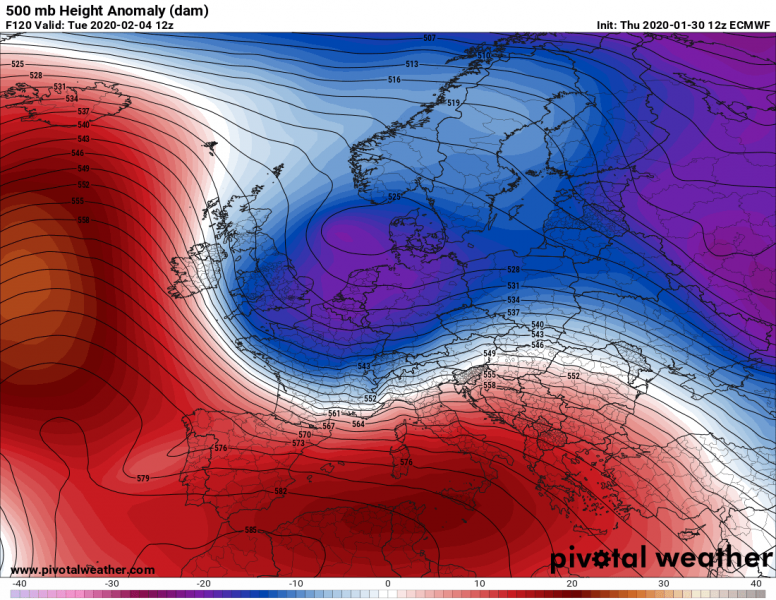 Here is the sequence of the extreme warmth developing across southern Europe this weekend. As a strong ridging develops, a combination of air mass subsidence and warm advection with the westerly zonal flow results in a significant increase in temperature across southern and central Europe until Monday, spreading into the Balkan peninsula on Tuesday. Notice a developing cold outbreak over western Europe, which will replace the warmth with much colder airmass through mid-week. 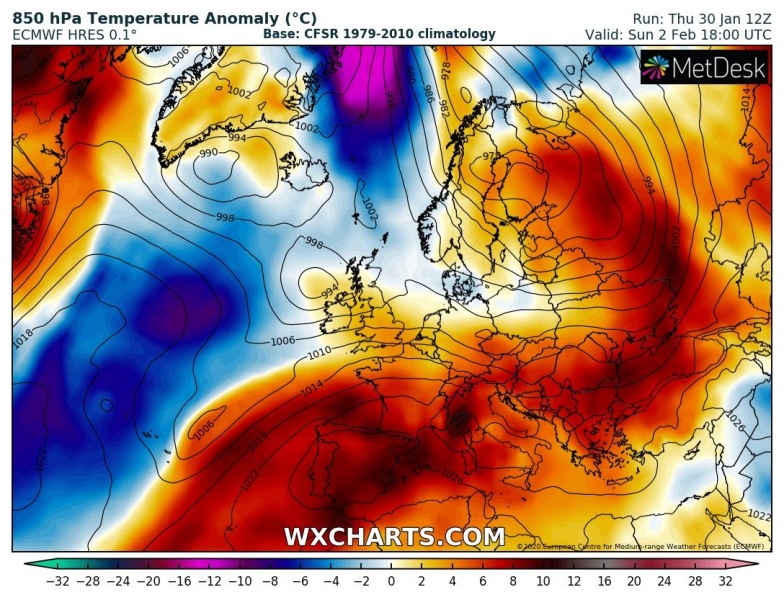 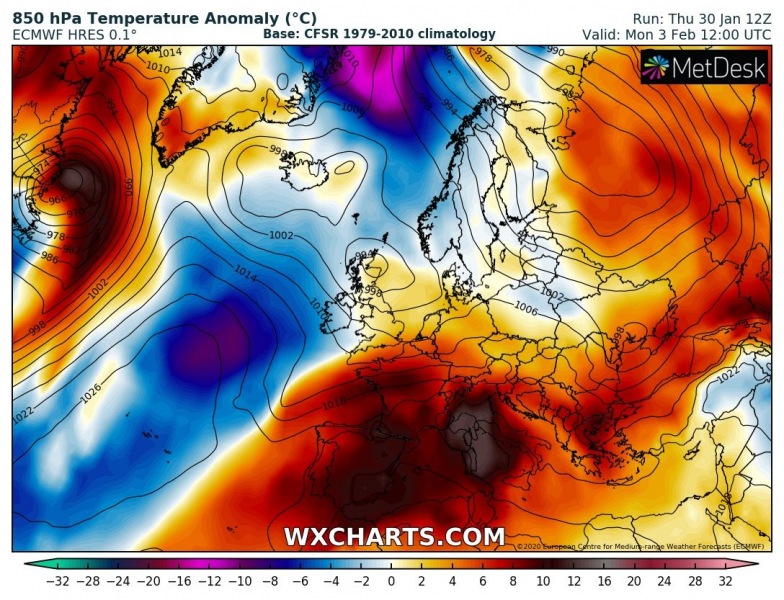 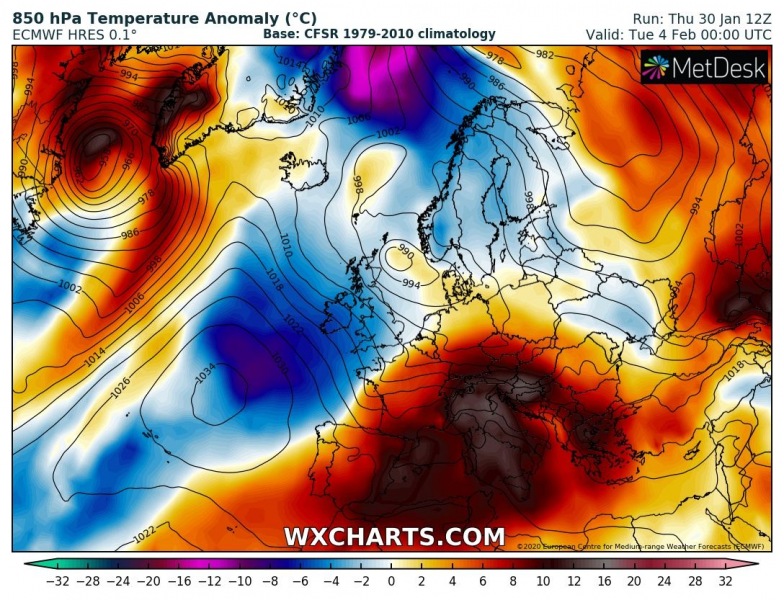 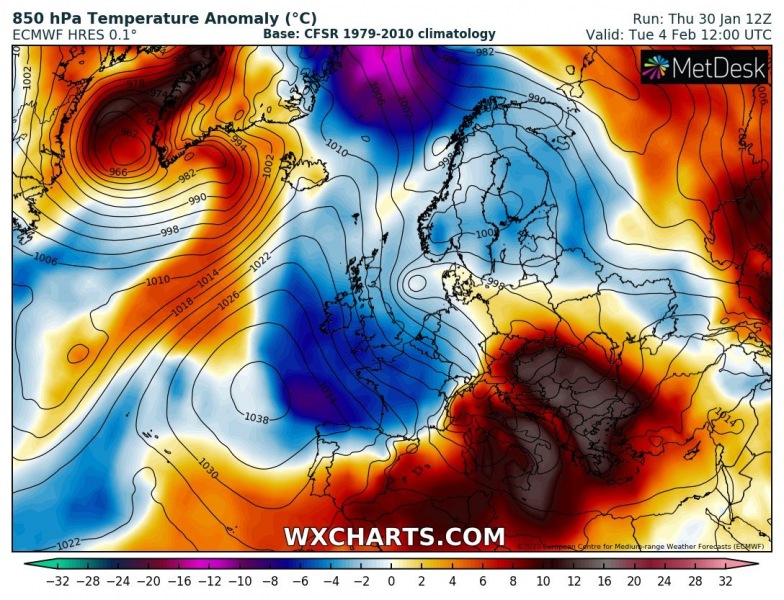 Close-up view over the extreme temperature anomalies in the lowest levels across the southeast Europe: 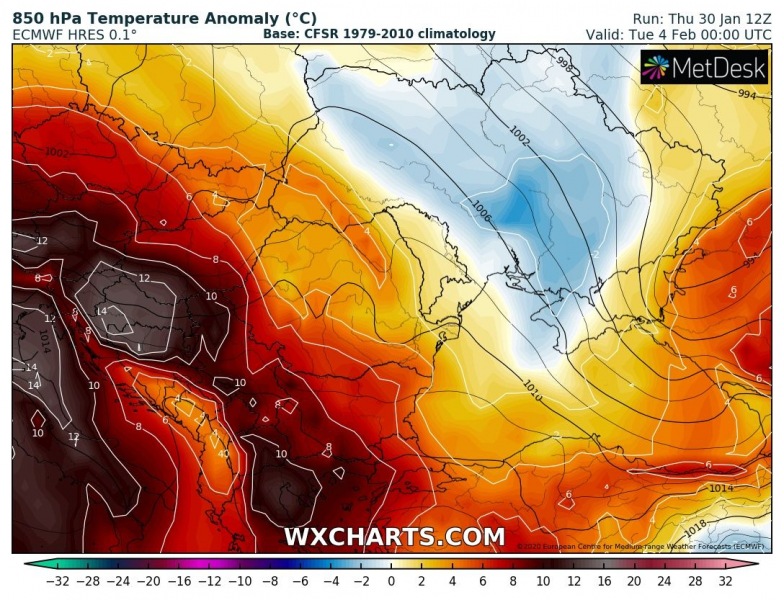 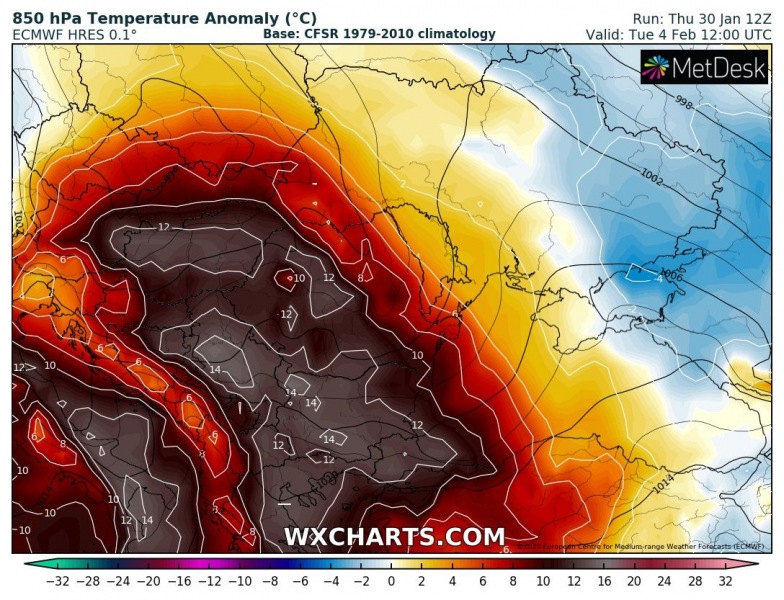 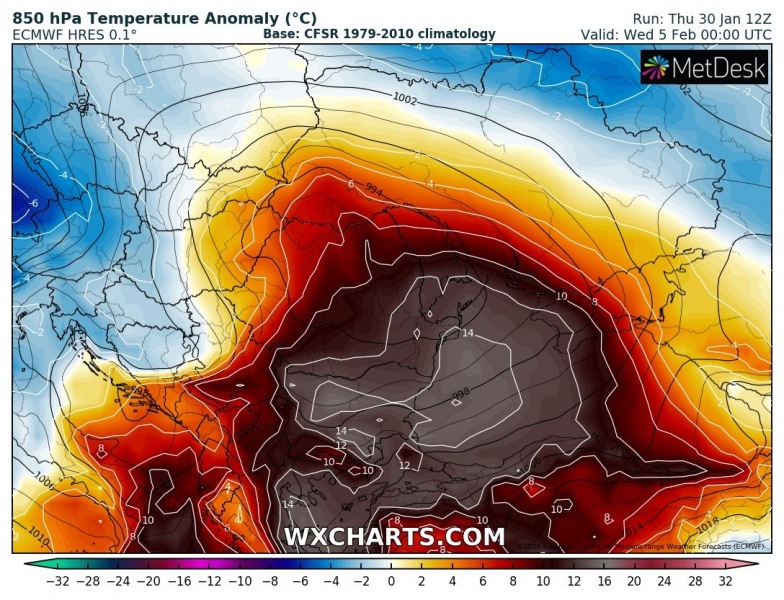 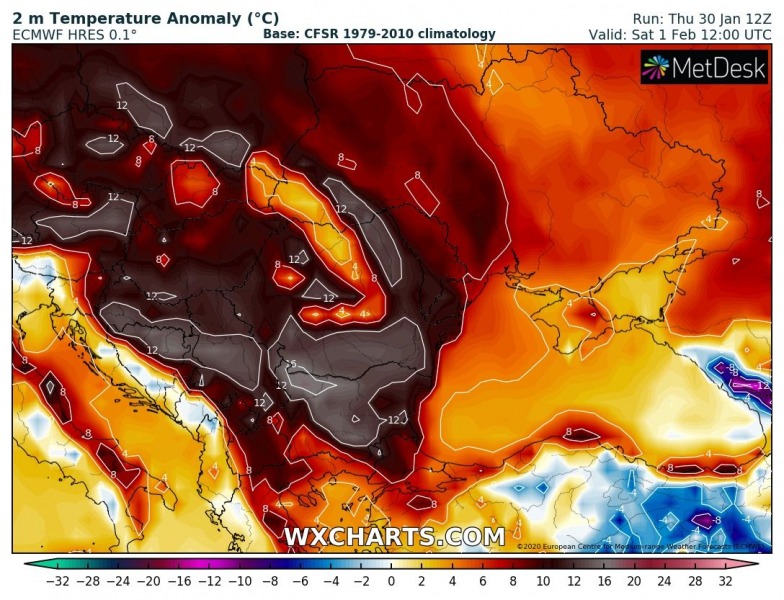 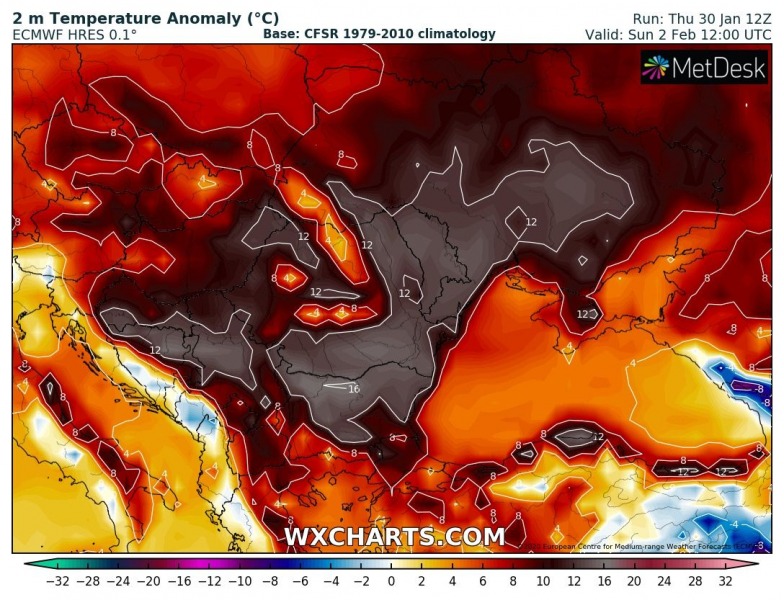 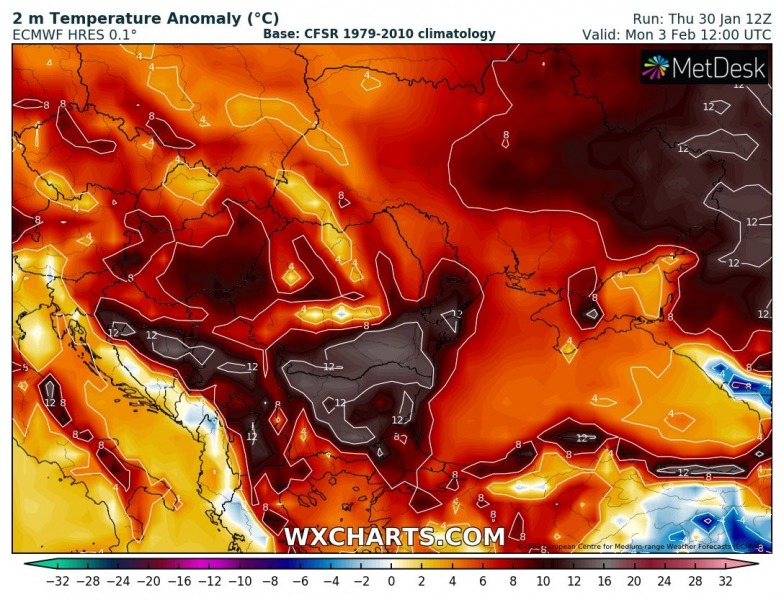 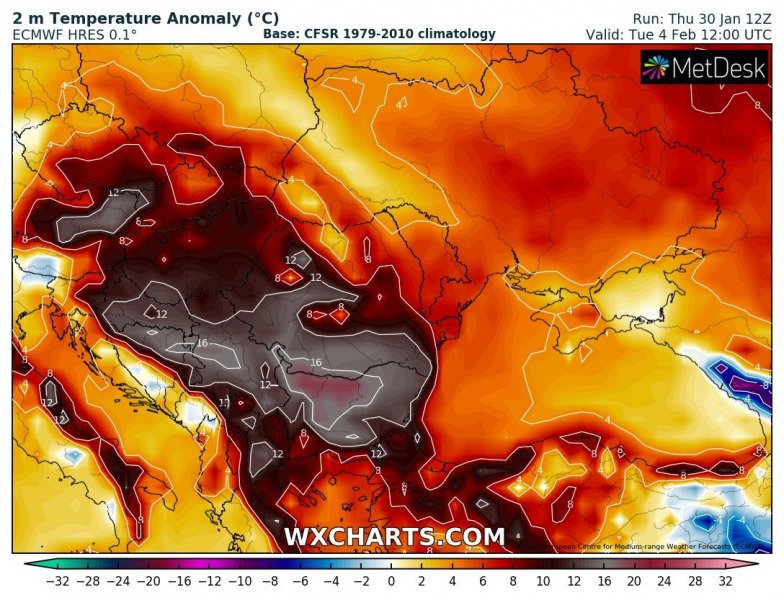 Peak afternoon temperatures will easily climb into mid to upper 10s from Sunday to Tuesday, even exceeding 20 °C threshold in parts of the Balkans on Tuesday when the warmest air mass will spread there! Low 20s are also likely across parts of south-central Italy. 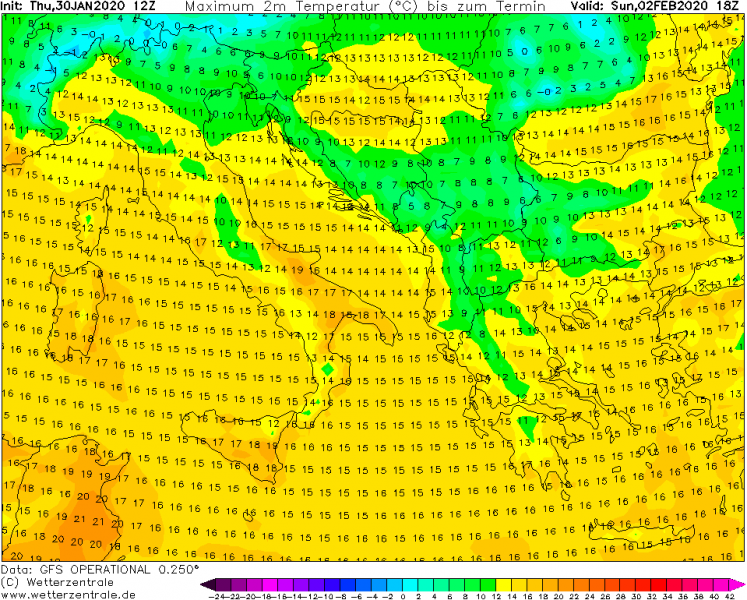 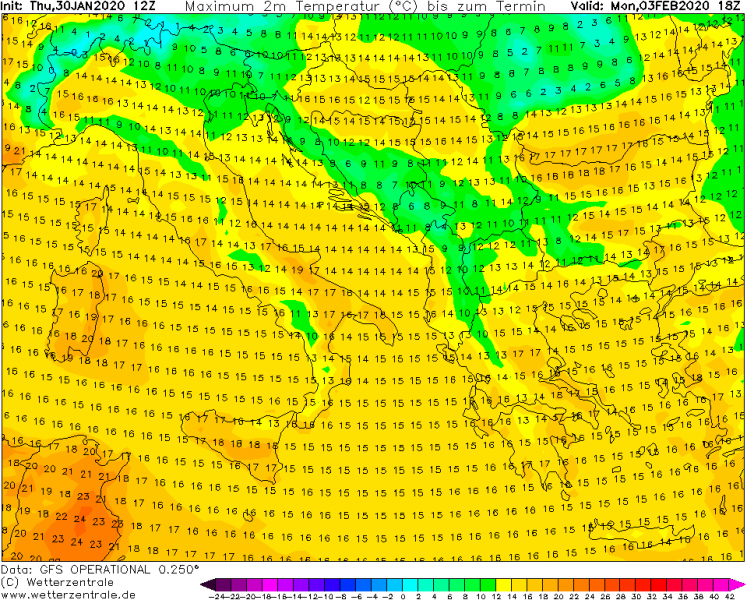 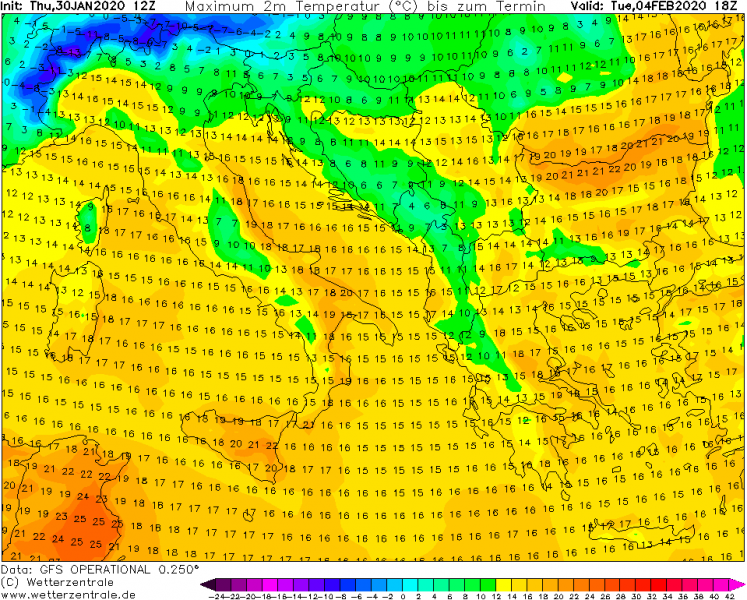 After Tuesday, a much colder air mass arrives from west-northwest as the cold outbreak is expected to spread over a large part of Europe:

Share on TwitterShare on RedditShare on FacebookShare on PinterestShare on WhatsApp
A new spectacular and quite large cyclone is traveling across the North Atlantic - heading for Ireland and Scotland on Friday, Jan 31st
← Previous
Week 15-2019 (Apr 08th – Apr 14th) Contest Winners
Next →
Comments are closed.